HOME / Economy / How to save Lebanon 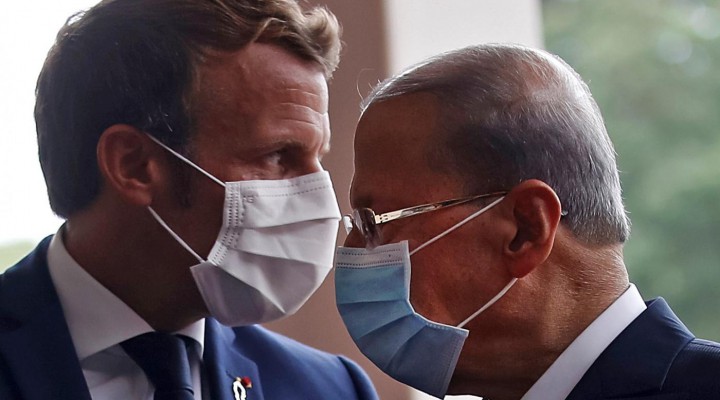 For Lebanon to survive the economic meltdown, a radical road map requires early elections or even sanctions against the political elite

The French president, Emmanuel Macron, does not hesitate to utter inconvenient truths or engage in difficult tasks.

Last year, he declared Nato “brain dead”, affirming during an address to French ambassadors that: “We are probably in the process of experiencing the end of Western hegemony over the world.” He is now committed to a quite challenging accomplishment: saving Lebanon from a complete collapse.

On Saturday, Macron’s initiative was dealt a blow when Mustapha Adib, the prime minister-designate, announced his resignation after failing to form a government. On Sunday, an angry Macron admonished Lebanon’s leaders for serving their own interests ahead of their country’s and vowed to push ahead with efforts to prevent chaos.

Only two days after the massive port blast that hit Beirut on 4 August, Macron was the first world leader to visit the Lebanese capital providing comfort and solidarity to its shocked population. Several local press reports suggested that he showed more empathy towards Beirut’s inhabitants than all the top Lebanese political leaders combined.

On 1 September, when Macron returned to Beirut, he called on the country’s main political groups to adopt and implement the urgent and necessary reforms to save Lebanon from the economic catastrophe triggered by decades of bad governance and corruption perpetrated by these same political blocs.

Lebanese politicians were given a two-week deadline to form a new government. On 31 August, Adib was appointed by President Michel Aoun. Unfortunately, on 15 September, Macron’s deadline expired and an extension was offered.

A month since Adib’s appointment, Lebanese political blocs still failed to deliver on their promise to form a new government and break a political stalemate in the crisis-hit country. Talks hit a snag over a number of issues including who should be the next finance minister, whose signature is crucial in any future economic reforms.

The old habits of Lebanon’s confessional system, where – for decades – a handful of sectarian leaders divided and shared spoils amongst themselves, have once again prevailed. For these leaders, any change or rotation in key ministries would disrupt the long-time tradition of dividing the ministries according to a sectarian quota, thus it could threaten the parties’ hold on power.

In a nutshell, Lebanon’s top political parties are resisting change.

Macron was welcomed with smiles and promises but after he left, the political blocs continued to wrangle over power; in the meantime, the economic crisis is worsening and crime is soaring.

But one is left wondering about the logic behind asking the same political blocs that are responsible for the systematic and decades-long looting of Lebanon to be charged and trusted to reform and save the country?

Until 2005 almost all major political groups were involved in mismanaging the country’s resources under Syrian patronage. In 2005, when the late Prime Minister Rafic Hariri was killed, Syrian troops withdrew from Lebanon in the wake of mass protests. The Lebanese resistance movement Hezbollah was perceived to have progressively replaced the Syrians in terms of its veto powers on the decision-making process. Most of the prime ministers who took over the post during the past decade or so were in their position partly due to Hezbollah’s seal of approval.

Following the end of the civil war in the 1990s and during Rafic Hariri’s mandate, the arrangement had been quite simple: politicians and former warlords were entitled to “manage” the economy, provided that they did not challenge Hezbollah’s arms.

When addressing Western leaders, Lebanese leaders, whether Sunni, Christian or Druze, have repeatedly blamed Hezbollah for its strong grip on power. However, they deliberately omit from the discussion that they were sharing power with Hezbollah.

Curiously, in shaping the 2005 power-sharing agreement, Hezbollah has always preferred to deal with the main leader – according to the election results – inside each confessional community. So it has been the Free Patriotic Movement headed by Gibran Basil for the Maronites, while Saad Hariri was touted as the sole representative of Lebanon’s Sunnis and Walid Jumblatt of the Druze.

It is true that Hezbollah did not invent the confessional system, however by just choosing to work with these leader, it helps sustain this system in a radical way, thereby blocking the emergence of fresh political forces and leaders. Unfortunately, the French president is doing the same when he chooses to consult with the same leaders as though they are the sole representative of a whole community while failing to listen to other independent voices.

Macron’s best bet would be among the exasperated Lebanese population, not parliament. After the 17 October uprising, the country’s bankruptcy became evident to the Lebanese people when their life-time savings were frozen in the best-case scenario, or stolen in the worst one, and when decades of negligence led to the port blast. People felt enraged.

Lebanese leaders should be aware that the time for a reckoning may be approaching. Hence, instead of unnerving deals with the usual suspects, Macron should at least consider pursuing a bold and unprecedented alternative path.

This might sound like a radical road map, but it is the only way to salvage what is left of the Lebanese state.

The new prime minister should not be the product of consultations between the main political blocs and the president. Rather he should be selected by the president from a list of independent members of the Lebanese parliament who are not affiliated to any political bloc and, above all, who have not been part of the elite responsible for rampant corruption.

Members of the cabinet should be picked only by the designated prime minister who should not adhere to any political or sectarian agenda. The selection criteria should be their honesty, skills and competence, not their confessional and/or political allegiances.

The new government should agree on a bold set of unprecedented and radical reforms, including a forensic international investigation into the port blast, and a full independent audit of the balance sheets of the Central Bank, ministries and private banks to ascertain the responsibilities for Lebanon’s financial meltdown and widespread looting.

This package should be submitted to parliament for approval as a take-it-or-leave-it offer, and the debate should be broadcast live to allow all Lebanese citizens to see who will be responsible for blocking the reforms and condemn Lebanon to collapse.

If the political blocs fail to not give the confidence vote or to secure a quorum to convene the assembly, early elections should be requested and, if this is not feasible, international targeted sanctions against the political blocs should be promoted in all international fora allowing only humanitarian aid to reach Lebanon to be distributed through UN agencies and trusted NGOs.

It may sound too radical, but this could be the only way, unfortunately, to save Lebanon.

0 thoughts on “How to save Lebanon”