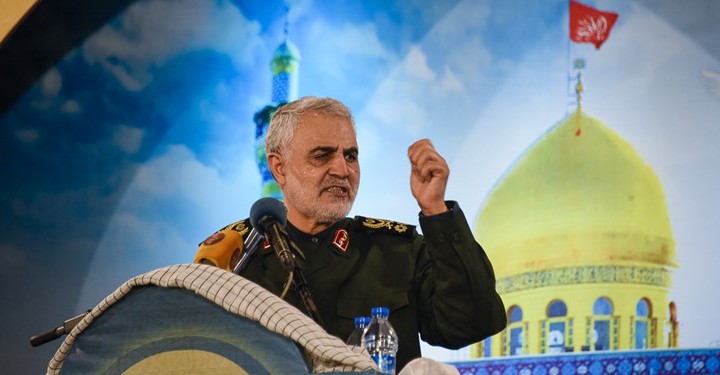 The US assassinations of Iran’s General Soleimani and Iraqi General Muhandis will certainly undermine security in the Middle East. In the short term, it is certain to lead to an escalation of violence. Iran’s National Security Council met and announced that a harsh vengeance “in due time and right place” awaits “the criminals behind the assassination”. Iran’s leader Ali Khamenei has called for “severe revenge”. Iran has to retaliate to this cowardly attack, and all the key Iranian leaders have said that they will do so, at the right time. There are dozens of US targets in the region.

This escalation was unnecessary, Iran had signaled many times that there were diplomatic alternatives to confrontation, but the Trump regime has left them little choice. It seems that Israeli leaders are very happy with the assassination and the looming escalation. General Soleimani had helped the Palestinian and Lebanese resistance against zionist aggression and expansion, while leading the struggle against regional US-backed terrorism.

In the medium term, the assassination may help galvanize political will in Iraq to expel what has become an unrestrained US occupation. Iraqi MPs are currently preparing a law which would demand expulsion. Prime Minister Abdul-Mahdi has condemned the assassinations as a breach of the agreement Iraq made with the US, when they returned to the country in 2014, under the guise of fighting DAESH. Muqtada al Sadr has joined with his former rivals to demand expulsion. If successful that would help stabilize both Iraq and the region. Gone from Iraq, US occupation forces in Syria would appear even more isolated.

Given the constant foreign aggression, a greater joining of hands between Iran, Iraq, Yemen and Syria, and eventually Lebanon and Palestine, is the only real way forward for security in the region.

The Trump regime’s cowardly assassinations are the exact opposite of fighting terrorism in the region. Starting with the recent murder of the 25 Iraqi PMU soldiers (allegedly in response to the killing of one civilian contractor in Kirkuk), Washington has targeted precisely the leading heroes of the struggle against DAESH. The US regime has effectively taken over the role of DAESH, by direct and open terrorism in Iraq, and against Iraqi national heroes. In the case of General Soleimani, the US criminals targeted the regional commander of resistance to zionist expansion, DAESH terrorism and imperialist intervention. Of course, Iran and Soleimani opposed the 2003 invasion of Iraq and then backed resistance forces, even though Saddam Hussein was their mortal enemy. That is why Washington carries out about Soleimani’s involvement in ‘killing Americans’.

China and Russia recently joined Iran in naval exercises to show that a US presence in the region is neither necessary nor wanted, to secure oil flows from the Persian Gulf. The only reason for the ongoing presence of US forces in the region is to persist with the losing gambit of creating a ‘New Middle East’: a region ruled by Washington and its sectarian proxies in Tel Aviv and Riyadh. At first, Trump himself did not seem fully integrated into this plan, although he always expressed irrational and childish hostility towards Iran.

I believe, as a pragmatist, he did want to leave the losing war against Syria. However, he has now joined the ranks of Bush and Obama in initiating a new regional escalation. Most likely other ‘deep state’ figures have persuaded him that failure in Iraq and/or Syria means an end to the New Middle East project.

Of course, that project has indeed failed, but through arrogance, the Washington regime seems unable to publicly acknowledge that fact. It cannot accept defeat and persists in acts to punish the people of the region.

The necessary withdrawal of imperial troops from the region may now become a bloody retreat. Remember Beirut in 1983?