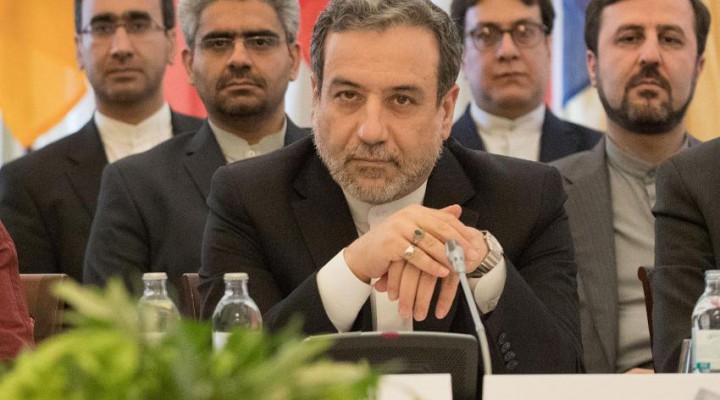 Iranian and Western delegations returned to their capitals after the third Vienna round, with optimism emanating from the statements of the gathered officials. Iran’s Deputy Foreign Minister Abbas Araqchi issued positive information about the US lifting sanctions on energy, economic sectors, shipping, freedom of transportation, banks, and on many Iranian personalities. The negotiations have reached a stage where the elaboration of complex texts is on the table. Also, there were talks about the US releasing more than 90 billion dollars withheld from Iranian funds and another 20 billion frozen in Iraq, Korea and China from oil revenues. No details have been discussed so far about the interest on these funds held for many years due to US sanctions.

There was also talk about the possibility of exchanging Iranian prisoners held in America, who number 18, including 7 in critical health condition, and others of Iranian – Western double nationality holders (American and British) detained in Iran on charges of espionage. This is an old Iranian demand that Iran insists on ending everything in one single exchange.

However, after lifting sanctions against individuals and accepting all demands, the biggest problem lies in Iran’s request to ensure that the lifting of sanctions will be applied in a specific time frame. According to a particular pre-agreed timetable, Iran wants to ensure that all frozen funds will return to the Central Bank. Countries around the world will be allowed to deal with Iran in all sectors without intimidation.

Iran has never requested the return of diplomatic relations with the US, but rather the lifting of the sanctions imposed on it since 2015 and that President Barack Obama agreed to cancel. Moreover, Iran wants to lift all additional sanctions added by Donald Trump when the nuclear deal was torn apart in 2018.

Negotiations have reached a reasonable level, although Iran still refuses to communicate with the US directly because the US is no longer a partner in the JCPOA and that talks could blow up any time. The US flag was removed from the negotiating room at the request of Iran. The Iranian delegation stressed the need for the US delegate not to be present at the same hotel where the negotiations are taking place until the White House announces the end of all sanctions. This is when the US will become a JCPOA partner again.

An Iranian decision-maker in Iran said that “the Leader of the revolution, Sayyed Ali Khamenei, will not give an unlimited time-space to negotiate in Vienna. This is the last month before the announcement of the clinical death of the JCPOA agreement if all Iranian conditions are not met.” The source asserts that “Iran will not accept the American evasiveness that called for easing the sanctions by lifting those related to the nuclear file and placing other sanctions related to Iran’s missile capability, the Revolutionary Guards and others sectors until a future negotiation to be established later. Either all sanctions are lifted, or no deal is reached because mid-solutions are not accepted.”

Many indications lead to the US intention to conclude the deal with Iran and honour its previous commitment signed in 2015. Israel is prepared for this move following Mossad director Yossi Cohen, National security advisor Meir Ben-Shabbat and other military and security high-ranking officers meeting with US officials. The Israelis failed to persuade the US to abandon the agreement with Iran.

The Biden administration considers the nuclear deal necessary to protect Israel by preventing Iran from reaching 90 per cent of enrichment uranium, which makes possessing an atomic bomb easy. Israel wishes to keep the harsh sanctions on Iran and strike its nuclear reactor.

Iran possesses the ballistic and precision missiles that enable it to strike back a decisive blow to the US bases deployed in the Middle East in case of war. Furthermore, Iran can count on the strength of its allies deployed in Gaza, Lebanon, Syria, Iraq and Yemen, who can join the battlefield if needed. Therefore, waging war on Iran is not feasibly possible. That leaves the US with slim options: the best could be to honour its deal, lift the sanctions and make sure that Iran does not obtain military nuclear grade capability. This is Biden’s logic and approach to assure the security of Israel and the interests of the US. Iran has shown that it imposes its conditions on the US and treats it as equals from strength because it has strong cards to play.

However, Israel cannot go to war with Iran alone and wants to drag in the US. Iran has shown that its strategic patience has been replaced by strategic deterrence. Multiple strikes manifested that, and missile messages exchanged in the Strait of Hormuz and the Red Sea. There were powerful indications that Iran will not be silent on any Israeli transgression. Furthermore, when Israeli Prime Minister Benjamin Netanyahu presented himself as an alternative power to the US in the Middle East and became a superpower, he was hit by a missile landing close to Dimona nuclear reactor. Therefore, no doubt that Israel can harass Iran in Syria by cyber warfare and assassinations. It is also accurate to say that Iran has the power to direct similar annoyance to Israel.

It is a crucial month to indicate in which direction the ship of negotiations between Iran and America will sail. It is in the interest of both parties to reach an agreement, but all indications indicate that Iran will not budge from its place and will hold its ground firmly before accepting the US back as a partner in the nuclear agreement. The ball is in Biden’s court now, and time is not on his side.

Why Zarif blames Soleimani for the government’s failure