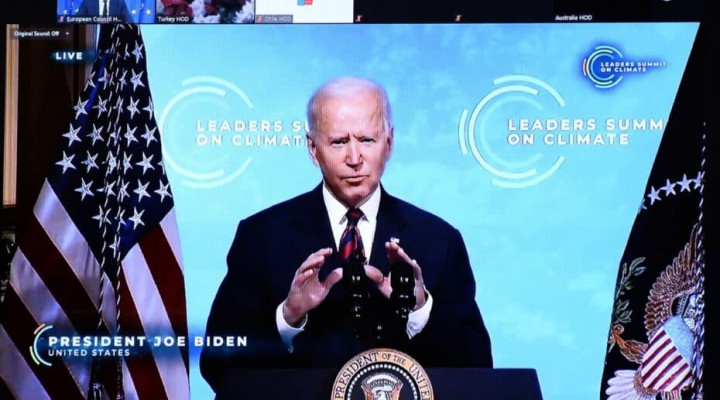 The shift of paradigm centred on the U.S. pivot away from West Asia naturally impacts on Iran’s JCPOA calculus.

In chaos theory, the butterfly effect is the idea that small things can have non-linear impacts on a complex system. The concept is imagined with a butterfly flapping its wings, and though this, in itself, would be unlikely to cause a tornado, nonetheless small events can cause cascades of change within a complex system. And so to Europe, where Germany is changing. The Green Party is flapping its wings in the spatial void left by Merkel’s expected departure. And though the Party, some years ago, was almost wholly Corbinite (i.e. classic anti-establishment), today, beneath its liberal surface, the Green rhetoric is something different – It is fiercely North Atlanticist, pro-NATO and anti-Russian (even quasi neo-liberal).

Today, the European political zeitgeist is changing. It is soaking up the Biden ‘we must join together to curb Chinese and Russian behaviours’ meme. Of course, this shift cannot all be laid at the door of the German Greens; nonetheless, they seem destined to emerge with a pivotal role in the polity of the pivotal EU state, as the Green emergence becomes somehow iconic of the butterfly wing effect.

The language of a human rights ideology defined in a multitude of gender and diversity iterations has seized the Brussels discourse. Some might welcome this development in principle, viewing it as righting ancient injustices. However, it should be understood that it is rooted not so much in human compassion, but is firmly seated in power dynamics, and, what’s more, a particularly dangerous set of power dynamics.

One the one hand, the ‘Biden agenda’ is primarily about ousting a deeply-rooted constituency of Americans (Red America) permanently from power. He says it explicitly. And on the other, as Blinken repeats and endlessly insists, the U.S.-shaped rules-based order must prevail in the world. Biden’s ‘progressive values’ are but the tool to mobilise politics to achieve these ends. (Biden in his long Senate career was not noted for being progressive.)

The flapping of the German butterfly wing in Europe enables and facilitates Washington’s sought-after geo-strategic paradigm change. The Cold War, which has so seared itself into the American foreign-policy mindset, and implanted too its toxic residue of visceral Russophobia, just ignored China.

It was assumed that China’s turn toward a western-style economic model simply would flush away the communist colouring – via the agency of an emergent consumerist middle class. Now, Washington observes China unobtrusively to have shed its chrysalis only to reveal the unfolding wings of a superpower – both rivalling, and potentially besting, America. The Biden circles want now to focus America’s power entirely on outdoing and out-rivalling China.

Whereas Trump was obsessed by Iran, the Biden team is not. It is keener to pivot away from Trump’s passion with Iran (and the troublesome West Asia, more generally), to focus on bringing Europe to a different ‘pivot’– that of cultivating its hostility towards Russia (a project, led by Britain’s propaganda campaign, and by certain East European states who seem to have become ‘the tail’ wagging the EU policy ‘dog’). For Washington Beltway circles stuck in the old Cold War mindset, Russia remains a ‘minor economy and regional power’ that does not merit America’s full attention – unlike China, which is a major economic power, with military capabilities at the very least, on a par with those of the U.S.

It is seen to be enough (in DC) for Europe to be mandated to do the ‘heavy lifting’ of attrition against Russia, with the U.S. ‘leading from behind’ – as Obama did in Libya. Victoria Nuland, of Ukraine regime change fame, is now confirmed by the Senate as a top State Department official.

Why should Biden circles want Europe to pivot against Russia and China? Well, it is the old Mackinder rule: the heartland must never be allowed to unite. China and Russia (and Iran) must be kept apart, and be divided through ‘triangulation’, as Dr Kissinger used to say. First it was Afghanistan that was the ‘swamp’ in which Russia (then USSR) was to be mired; then Syria; and now it is to be the Ukraine that is supposed to keep Russia pre-occupied and on edge – Containment, whist the U.S. focusses on isolating China.

In this vein, the EU parliament, which ‘has no battalions’ (like the Pope, in the old quip), issued its Promethean ultimatum to Moscow: Should Russia again threaten Ukrainian sovereignty, the EU must make clear that the consequences for such a violation of international law and norms would be severe. MEPs agreed, “such a scenario must result in an immediate halt to EU imports of oil and gas from Russia, the exclusion of Russia from the SWIFT payment system, and the freezing of assets and cancellation of visas for Europe of all oligarchs tied to the Russian authorities”.

But when it is observed that this very hostile resolution was carried by 569 votes to 67, it is clear that this exercise had considerable political heft behind it (a case of the Biden circles again ‘leading from behind’ perchance?). The EU, in the same week, also censored China for “endangering peace” in the South China Sea, and sent a naval expeditionary force there.

And so the Europeans are falling into line with Blinken’s demand for co-ordinated action and rhetoric on China and Russia, it would seem.

None of these events will have surprised Moscow or Beijing, which earlier resolved to resist western attempts at divide and rule. Nonetheless, these western ploys do entail high risk. The EU Ukrainian ultimatum, backed by such a huge parliamentary majority, hints that a further round of tensions over the Donbass is anticipated (and is being prepared).

This expectation surely lay behind the broadside out from the EU parliament. If so, they should know that Russia will not abandon Donbass to Kiev (Presiden Putin warned plainly that Russia’s red lines should not be mis-construed, in his recent address to the Federal Assembly). The EU resolution thus smacks of preparing of the ground for NATO intervention of some type.

No doubt, the EU sees its role as fore-staging its ‘values’ as a part of lending weight to its strategic autonomy ambitions being taken seriously. But this comes at a price. Ukraine is not under Zelensky’s control (there are other players – hotheads with different agendas). Anything can happen. The EU ultimately will be the one to pay the price for any outbreak of military hostilities.

And for what? Re-constituting warm relations with the Democrats (as in the old days)? It all speaks to short-termism, well shy of any discernable strategy.

And the risks are not just kinetic: Russia, China and U.S. do not seek military escalation, yet U.S. policies towards China (on Taiwan) and Russia (concerning Ukraine) may be taking them toward inadvertent confrontation.

They are economic too: Europe desperately needs Chinese investment and technology – and Russian gas – if its economy is not to collapse into prolonged recession. It was only ‘yesterday’, as it were, that EU leaders were singing the refrain of the EU should stand aloof from the heavy-weight mega-competition.

The political risk for the EU is that Biden’s political honeymoon may quickly run out of steam. His ramming radical legislation through Congress with no bi-partisan support is levered on a hangover from the pre-election era – of Democratic hatred for anything Trump. That sentiment however, is already draining away with the passage of time. Trump no longer monopolises the headlines. The carte blanche provided to Biden by this emotional animus to his predecessor may quieten and further erode, even before he attempts to move from the progressive end of the spectrum to the centre of politics – which he must do in good time for 2022 if he is to appeal to middle of the road Democrats, and not just his Leftist constituency.

Biden’s vulnerability in the 2022 mid-term elections is underscored by the fact that apart from his handling of the coronavirus, the majority of Americans disapprove of his performance in all other areas. The U.S. might whiplash off in a different direction, leaving the EU clinging to a stranded asset (Biden).

The shift of paradigm centred on the U.S. pivot away from West Asia naturally impacts on Iran’s JCPOA calculus too: With the U.S. pursuing a 5th generation full-spectrum ‘knock-back’ delivered to the China-Russia axis, Iran cannot (and will not) allow itself to be positioned as hors de combat, bogged down in lengthy negotiations over the JCPOA. The archetypal exemplar of the Imam at Kerbala will require Iran to adopt a principled stand with its allies – and with ‘the Axis’. Already, we see Saudi Arabia responding, in its own way, to the paradigm shift – through opening channels with both Tehran and Damascus.

So, to where will this lead? Significantly, Richard Haas and Charles Kupchan, from the ‘oracle’ that is the Council for Foreign Relations, argue that America, having renewed its standing, will ultimately itself have to pivot towards a new Concert of Powers. They write:

“Pax Americana is now running on fumes. The United States and its traditional democratic partners have neither the capability nor the will to anchor an interdependent international system and universalize the liberal order that they erected after World War II … Establishing a global concert would not be a panacea. Bringing the world’s heavyweights to the table hardly ensures a consensus among them. Indeed, although the Concert of Europe preserved peace for decades after it was formed, France and the United Kingdom ultimately faced off with Russia in the Crimean War. Russia is again at loggerheads with its European neighbors over the Crimean region, underscoring the elusive nature of great-power solidarity … The United States and its democratic partners have every reason to revive the solidarity of the West. However they should stop pretending that the global triumph of the order they backed since World War II is within reach”.

It seems hardly credible though, that Washington could make such an existential psychic transformation of ‘stopping pretending’ without first undergoing a major crisis. Is that what these authors anticipate – a Fourth Turning?

The Status Quo Enthusiasts of Foggy Bottom: Living in the Past

One thought on “The Butterfly Effect Re-Setting the Global Paradigm”