HOME / WORLD / You’re Not SUPPOSED To Trust The Government: Notes From The Edge Of The Narrative Matrix 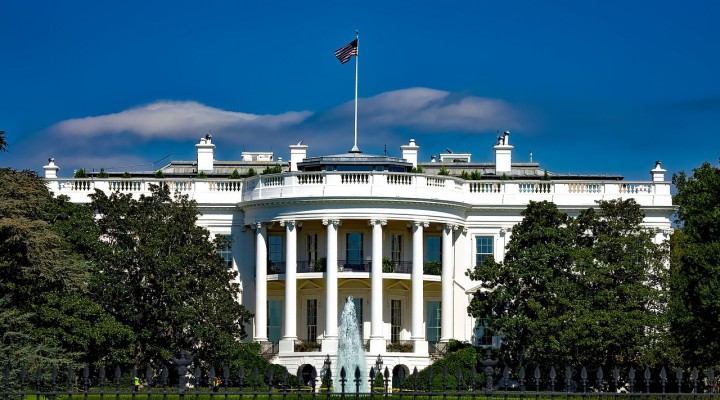 I still can’t get over how brazen the Biden administration is being in just announcing that it’s their place to determine who should be banned from social media platforms and how little backlash there is against this.

They said we need internet censorship because of Russia.

They said we need internet censorship because of Covid.

They said we need internet censorship because of election security.

They said we need internet censorship because of the Capitol riot.

They said we need internet censorship because of domestic extremism.

The US government is without exception the single most corrupt and destructive force on this planet. It is the very last institution on earth who should be in charge of deciding what online content is true or false. Absolute dead last.

If people think their government is lying to them and trying to hurt them it is entirely the fault of the government and no one else.

You’re not supposed to trust the government, and governments aren’t supposed to act in a way that requires your trust. If you find yourself ruled by a secretive power structure which demands your blind faith in its righteousness, something has gone horribly wrong.

Perhaps the US could end domestic extremism by switching to governmental policies that don’t make everyone want to light the country on fire.

Funny how we all grew up watching movies about evil villains trying to take over the world and kill millions of people and those movies were all made in the nation that is that exact villain except the villain succeeded.

It’s fine to think all governments are bad, as long as you’re also aware that one of those governments is far, far more powerful and destructive than any of the others and that the behavior of other governments is often a defensive response to the aggressions of the worst one.

If your anti-state commentary doesn’t reflect this reality, then it can only ever benefit the agendas of the most powerful and murderous state on the planet. Just firing indiscriminate scattergun criticisms at all states equally only advances US imperialist propaganda agendas.

It seriously seems like half the time a black flag anarchy account shows up in my Twitter notifications it’s to promote US imperialist propaganda narratives against Syria, China, Russia etc, and it’s like yeah nice anarchy dude, being a pro bono propagandist for the worst government on earth.

The US government is waging wars around the world, circling the planet with hundreds of military bases, ramping up nuclear standoffs and working to destroy any nation which disobeys it, so naturally the news media are urgently warning us about the horrible tyrannical government of Cuba.

“I oppose the embargo, but the Cuban regime-”

But-but-but-shhhh. You shush your beautiful mouth. The US government has all the billionaire media outlets in the western world conducting propaganda for it. It doesn’t need your help. Just oppose the embargo.

“The embargo isn’t why Cuba is poor! It’s poor because of communism!”

Okay well if it makes no difference can you please end the embargo?

“Cuba claims it can care for all its people using socialism, yet it experiences poverty when we deliberately impoverish it. Checkmate, commies.”

“You think communism is so great? Then why are people fleeing communist countries to live in imperialist nations that became wealthy by generations of mass-scale theft and murder, huh?”

Saying your economic model is superior to a socialist nation’s because you were able to use economic warfare to impoverish that nation is like saying your moral philosophy is better than your neighbor’s because you beat the shit out of him.

There’s no good reason to let the push for a US military intervention in Cuba turn into an ideological debate about socialism versus capitalism when the far stronger argument to be made is that US interventionism is literally always disastrous and literally never helpful.

Imagine how pants-on-head fucking stupid you’d have to be to look at the history of US regime change invasions and then think that would be a wonderful thing for the people of Cuba.

The answer is never, ever, ever, ever US military intervention. Ever. It’s ALWAYS the wrong tool for solving ANY problem. You’re never going to make things better using something that literally always makes things worse. Amazing this even needs to be said.

Responding to this correctly would require more shoes than there are in the world. https://t.co/J6tfclS8Bq

The empire’s goal is to fracture and neuter the left and carve away class analysis and anti-imperialism from whatever remains until we’re nothing but tiny groups of irrelevant assholes arguing about how hard you should punch a TERF.

And, in the end, it turned out that killing the ecosystem was easier than taking away rich people’s rocket money.

Political discussion forums are like a couple bickering about dishes in the sink while trapped in the bedroom of a burning house. Everything is headed for collapse — the ecosystem, capitalism, the US empire — assuming we don’t all wipe ourselves out in a nuclear war first.

It’s so easy to get lost in the bickering and bullshit. I know I do from time to time. But it just looks so insane when you take a step back and look at the minute nature of the arguments we’re having compared to the multiple massive existential crises looming on our horizon.

You’d think this would bring us all together, but instead we’re being driven further apart than ever before. Truly, if ever there was an adapt-or-die moment for a species, this is it. We are being asked if we want to wake up and become conscious, or go extinct. That is the issue we should all be looking at, and we should be looking at it together.

One thought on “You’re Not SUPPOSED To Trust The Government: Notes From The Edge Of The Narrative Matrix”