HOME / WORLD / The Emperor Has No Authority: Notes From The Edge Of The Narrative Matrix 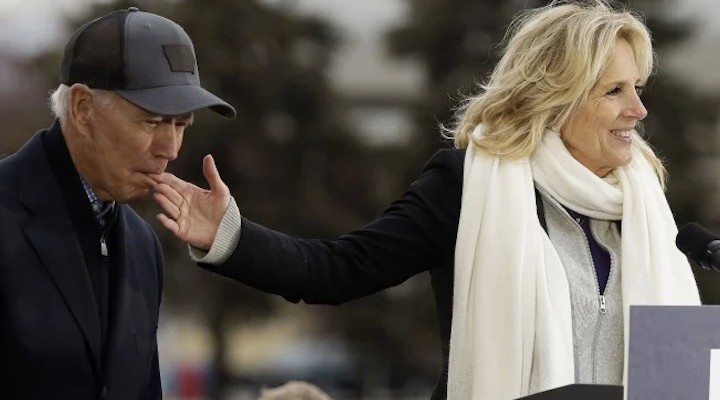 If you think the Biden administration caging kids at the border is bad, wait til you hear what it’s doing in Yemen.

Would you be willing to murder a child every ten minutes to advance US geostrategic interests in the Middle East? Because that’s exactly what the US government and its proxies are doing in Yemen.

Imagine watching a political party consistently demonstrate the exact same pattern of behavior for generations and then thinking it’s about to change.

When the US changes political party leadership you’ll see minor superficial changes which don’t affect the powerful at all—letting trans people in the military or whatever—while leaving all the actual dynamics of oligarchy and empire intact. This creates the illusion of change.

It’s weird how Biden’s obvious dementia has made it essentially mainstream knowledge that the president doesn’t actually call the shots in the US government but everyone’s still going to treat the next presidential election like it matters anyway.

I mean it was basically already mainstream knowledge, as evidenced by the fact that whenever you’d point out that Obama or Trump were continuing the same evil policies as their predecessors their supporters would say “Come on you can’t just expect the president to do things.” But then the next presidential election rolls around and once again it’s “THE MOST IMPORTANT ELECTION OF OUR LIFETIME”, even though deep down everyone knows it’s basically an audition for who gets to play the lead character in a scripted theater production that’s been running for generations.

I always get people saying “You can’t say my president has dementia! You’re not a doctor!”

It’s funny how Biden’s obvious cognitive decline used to be something establishment Democrats openly discussed, but when he become the Democratic frontrunner it suddenly became something you can’t say unless you have a medical degree. Please people, just compare recent footage to footage of him a few years ago. If all his very obvious mental lapses aren’t enough to convince you, the fact that he’s indisputably a completely different man should.

Watch the man in this video:

Biden confuses Syria-Libya three times. He also appears to boast that Russia's inability to "provid[e] for the basic economic needs of people" in Syria is a point of US leverage. I assume he means the US sanctions that, like Biden, US media won't mention. pic.twitter.com/j0ui5K10ht

Then compare that trainwreck to the man in this video:

Or you don’t even need to go back that far:

Joe Biden explains why Bernie Sanders is the best to beat Trump.

(Yes, this is Joe 4 years ago.. I know it's strange watching him talk in full sentences.) pic.twitter.com/5zhs1eYvFu

If you tell me you’re seeing the same level of cognitive functioning in the first video as the second and third video, you are lying.

Compare that drastic change to what we’ve seen from Bernie Sanders, for example, who aside from his appearance and voice changing with age still has the exact same personality and demeanor he had forty years ago:

Again, this is important to flag not for partisan reasons, but because it makes it abundantly clear that the elected officials of the most powerful government on earth don’t actually run things. The official head of an empire doesn’t have anything to do with the actual operation of that empire; it’s being run by unofficial unelected forces from behind the scenes. The emperor has no authority. People’s attention should be drawn to this fact.

– Trap an ethnic group in one of the most densely populated areas on earth.

– Routinely drop military explosives on them knowing you will definitely kill civilians.

– Claim they’re using “human shields” because they live in a densely populated area.

There is no confusion in the Israeli government about the fact that they will kill civilians any time they do this. They know full well they are doing something that will necessarily kill people who are not “Hamas”, but they spin it as being exclusively about Hamas anyway.

Q: What is Russia?

A: Russia is a strange enchanted realm whose magical properties render western minds completely incapable of forming rational thoughts about it.

The powerful understand that narrative control is everything, so when someone with influence begins punching holes in power-serving narratives, it is 100 percent certain that you’ll see them smeared very aggressively at some point. It is very important to prevent these smear campaigns from succeeding.

It can be tempting to avoid confronting smearmeisters, because they’ll always make it an ugly fight. But the only alternative is to let them control the narrative about you, which is the same as letting them control you. Because, again, narrative control is everything. If you’re being targeted in this way it really is necessary to wade into the muck and make sure you’re making your smearers look worse than they’re trying to make you look, make sure their gross behavior damages their reputation worse than it damages yours.

If you’re actually interested in making a difference and helping the world you need to not just put out solid work but also protect your reputation, because if you let the smearmeisters control your reputation it won’t matter how solid your work is since nobody will look at it.

Making sure their smears damage them more than they damage you is the only way to create some space for yourself and your work, because it’s the only thing that deters them. Otherwise they’ll keep smearing and smearing until there’s no possibility of your work having any impact.

The more conscious you are the more conscious people around you will become; there’s an outward ripple effect that’s amazing to watch. Becoming deeply conscious of your inner world and your outer world is the best way to help wake up humanity, because consciousness is contagious.

US Troops Die For World Domination, Not Freedom

0 thoughts on “The Emperor Has No Authority: Notes From The Edge Of The Narrative Matrix”