HOME / WORLD / The Right And Wrong Lessons From Afghanistan: Notes From The Edge Of The Narrative Matrix 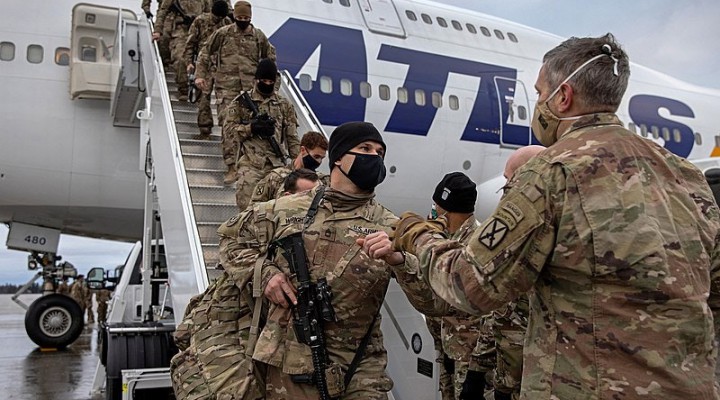 Your efforts to understand the world will fail unless you account for the fact that (A) echo chamber dynamics have a vastly under-appreciated effect on the way we all take in information, and (B) that rich and powerful people are actively trying to manipulate your perception of reality.

The correct lesson from Afghanistan instantly beginning to revert back to Taliban control the moment the western occupation ends is not that the occupation needs to continue, it’s that it should never have happened in the first place.

The argument that the occupation has been a boon for human rights is just plain false, and is premised on the idea that the western empire should invade every nation with illiberal cultural values and force it to change at gunpoint. Even if that ridiculous premise were accepted, it has been clearly established that such a thing is impossible.

How fucking obnoxious is it that westerners are now wringing their hands over the fact that when they stop forcing Afghanistan to be a certain way at gunpoint, the fate of Afghanistan starts being determined by Afghans? Enough with this white man’s burden bullshit, freaks.

Don’t tell people not to fantasize about Jeff Bezos’ icy body spinning through the vacuum of space for all eternity. It’s kink-shaming.

How to be an American leftist:

US politicians always have Twitter bios like “Father of Kelly, husband of Leanne (she’s the real boss!), VERY amateur shower singer,” instead of like, “Rapist of Syria, murderer of Yemeni kids, destroyer of your children’s future.”

Yemen alone completely invalidates the moral authority of the US-centralized power alliance to determine what rules the world should play by.

It’s not actually possible to be excessively critical of the US empire. There’s a common notion that there needs to be some kind of “balance” between criticism of the US power alliance and its enemies. No there doesn’t; the US government is objectively far worse than any other. No other government is circling the planet with hundreds of military bases, working to destroy any nation which disobeys it, and waging nonstop wars which have killed millions and displaced tens of millions just since the turn of this century.

Criticizing the US empire far more than its rivals is balance; criticizing it the same as you’d criticize US-targeted governments is what would be imbalanced, because the US and its allies are far, far more murderous and destructive than anyone else. It should be criticized more. You’re not being impartial if you pretend the US is as bad as China, Russia, Iran, etc; you’re being heavily biased in favor of the US, because you’re greatly helping to advance the interests of the far worse government by placing it on equal footing with the others.

You see so many dry, elitist wankers acting like they’re being detached and impartial by treating all governments equally, when in reality they’re being anything but. All governments are not equal; one is clearly and demonstrably far, far more destructive than any of the others.

Dissident ideas need to get out to the mainstream. The fact that no other outlets ever platform those ideas besides Tucker Carlson is the thing which should outrage people.

If you’re not despised by the Intercept-TYT-Bellingcat media faction, your work probably isn’t that good.

So much of what the CIA used to do covertly it now does overtly; NED, working in media punditry, etc. Pretty soon they’ll just be openly selling narcotics door to door like Girl Scout cookies.

Fun fact: among people who tell you you’re only socialist because you’ve never studied economics, exactly zero percent of them have ever read a book by a Marxian economist.

If I were a thieving oligarch or a murderous imperialist I would be very happy that Americans are all focused on arguing about critical race theory.

Come read my superintelligent Marxist essay about why the left should remain a highly exclusive club no bigger than the size of a public library speaking event. Medium says it’s just a 97-minute read. It’s got over six views and counting. Hope you like footnotes!

Hey remember when Wonder Woman came out the same year Hillary Clinton was supposed to become president and invade Syria, and the villain was a guy who murders villagers with poison gas, including children? That was a bit weird, huh?

Like there was literally a scene where Wonder Woman finds a village of civilians killed with poison gas, and screams about how awful the bad guys are for “Killing people they cannot see! Children. Children!!” How many other superhero movies have you seen where the bad guy just kills kids with poison gas?

Hillary had been openly planning to invade Syria with tens of thousands of US troops to cripple Assad’s air defenses and control Syrian air space, a very dangerous and deadly move which would have required a lot of consent manufacturing.

0 thoughts on “The Right And Wrong Lessons From Afghanistan: Notes From The Edge Of The Narrative Matrix”