HOME / WORLD / The Left Isn’t Failing, It’s Being Sabotaged: Notes From The Edge Of The Narrative Matrix 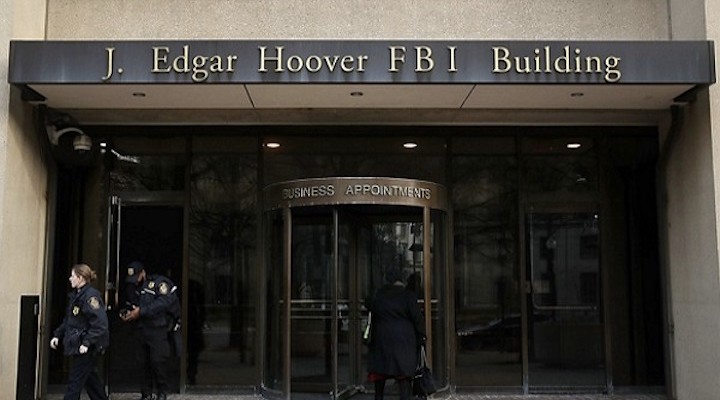 In later years we’re going to learn about some of the covert operations which US intelligence agencies and their proxies were using to smash the rise of socialism in America today and a lot of people are going to feel silly for all their remarks blaming the state of the left on leftists. I see so much talk about the left’s fragmentation and political ineffectiveness like it’s the result of some kind of character flaw in leftists themselves, when it is clearly the result of generations of high-intensity mass-scale psyops which with 100 percent certainty continue to this day.

The left is not failing, it is being actively sabotaged. It is being sabotaged with psychological operations in our own society by the same power structure which sabotages the left in foreign nations around the world. COINTELPRO-like tactics most certainly continue today, especially online.

It seems like leftists are way too hard on each other about the difficulties they have in getting the revolution off the ground, and they shouldn’t, because it’s really not their fault. The whole movement’s been hammered with mass-scale psyops for generations, and continues to be.

Uhhhhhhh….Fmr FBI Assistant Director just said "When I first got into the FBI one of the missions of the FBI in its counterintelligence efforts was to try to keep" progressives out of government pic.twitter.com/l1KqQMO914

It does no good to get paranoid about this and try to figure out who is and isn’t an infiltrator; the temptation to do that is itself part of the psyop, because it causes division and enmity. Playing “spot the infiltrator” is typically a very unwise and arbitrary game; I’ve had plenty of people accuse me of being part of an op, and over the years I’ve been warned that literally every prominent leftist voice is controlled opposition at some point. I personally ignore the question altogether and just elevate people when they’re saying something useful and don’t elevate people when they’re not. Getting paranoid only serves power.

My own approach to our dilemma is to just do my own thing, damaging the machine where I can and amplifying worthy movements when I see them, while being tolerant of a wide diversity of opinion among socialist anti-imperialists. But that doesn’t work for everyone, and that’s fine too.

Intelligence sources tell me there’s a strong probability of interference in the next election by billionaires who control all the media.

Learning about the real villains in our world is like an endless series of Scooby Doo episodes where the gang is being chased by communists, Muslims, Russians, domestic terrorists etc, then they get the mask off and it always turns out it’s just oligarchic imperialism every time.

China poses a major threat to the globe-dominating agendas of a few sociopaths in DC, Arlington and Langley and poses no threat whatsoever to you. Hope that helps.

If South Africa existed in an oil-rich region of extreme geostrategic importance in close proximity to major US-targeted nations, and its guaranteed alignment with the US depended on maintaining apartheid, South Africa would still be an apartheid state. And it would still have nukes.

The Capitol riot narrative has been chock full of plot holes, blatant falsehoods and virulent spin since day one, and now it’s being used to roll out “domestic terror” policies designed to target anyone who opposes the US status quo. The American left should be very concerned about this.

Keir Starmer is like if nothing and apathy had a baby and sent it to a boarding school for corporate logos.

The UFO story has less public interest than you’d expect because there’s no partisan angle to it, so a lot of people don’t know how to relate to it. Viral stories are generally the ones which validate people’s egos in some way, and this one doesn’t do that for most people. The only people whose egos it validates are those who’ve invested a lot of identity in UFOs being real.

It’s the same reason nobody cares about Yemen. Yemen is easily the most horrific thing happening in our world, and our governments have actively been participating in that horror, but because it doesn’t fit into the partisan lens we’ve been trained to see the world through, no one cares.

In a society that’s as enslaved to the ego as ours is, a story’s only going to get a ton of white hot interest if it flatters or inflames the ego in some way. If it confirms our biases or proves us right about the party we hate, it sells like crack. Otherwise it just fizzles.

Cuba has managed to create a thriving socialist nation in the western hemisphere and all it took was a government which can withstand a military invasion, mountains of economic warfare, and hundreds of assassination attempts.

Rich people: Brown people having too many babies.

It’s not my pyromania that’s the problem, it’s all these darn house fires!

“Nobody understands economics but me, a man who believes infinite growth on a finite world is possible as long as we trust greedy union-busting tech oligarchs to rescue us from the consequences of ecocidal capitalism.”

Capitalists are so defensive of Elon Musk because they know their entire worldview is invalidated if you can’t solve the riddle of infinite growth on a finite world by shipping humans into space and making saving the environment profitable. Spoiler alert: youcan’t.

Transhumanism assumes we’ve already done the human thing and we’ve taken it as far as it can go so now it’s time to become cyborgs, when hardly anyone is able to sit in their own skin and simply be, much less explore the deeper levels of their being. Maybe try actually exploring this human situation before trying to “transcend” it.

Transhumanists are all “Right, did the human thing, now it’s time for the next thing.” It’s like dude, no you didn’t. Humanity has barely even been born. You haven’t taken the time to explore what’s in this room and already you’re storming on to the next one. Try being here for a minute before you try to leave.

I mean just the fact that spiritual enlightenment is a known, well-documented phenomenon should give us pause here. What’s going on with that? What lies down that rabbit hole? You’re just going to walk right past it and start knitting your neurons to machinery and stuff?

Everyone’s trying to escape. Escape this experience. Escape this planet. Escape this species. And maybe that’s exactly the problem. Maybe peace and harmony is simply learning to be here now. Maybe this adventure isn’t meant to lead us away from our home, but into it.

Really we’re all just going to have to wake up. To become more conscious of our own inner processes as well as the outer dynamics which cause suffering. It’s not a popular message and nobody wants to hear it, but the most honest answer to our dilemma is that we’re at evolve-or-die time as a species and we’ll either make it or we won’t.

0 thoughts on “The Left Isn’t Failing, It’s Being Sabotaged: Notes From The Edge Of The Narrative Matrix”