HOME / Economy / We’re Destroying Our World Over Imaginary Nonsense: Notes From The Edge Of The Narrative Matrix 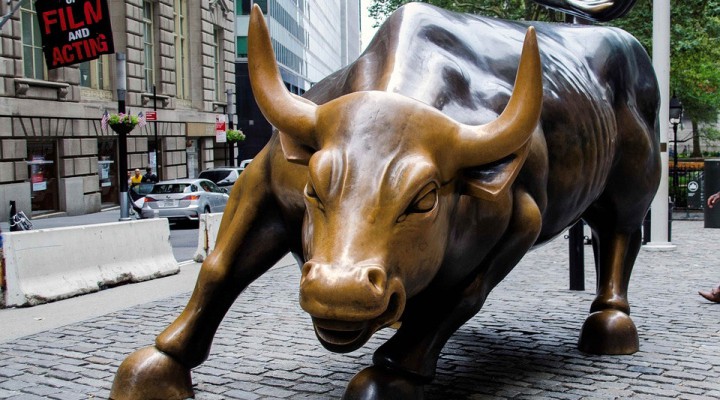 We are killing each other and our ecosystem over an economy made of debt books and imagination.

In Hollywood the US military is usually either shown fighting Nazis in World War II or in modern times fighting fictional enemies and fantasy monsters like zombies, aliens, or Godzilla. This is because in all modern real life conflicts, the US troops are the villains.

You get a lot of moral clarity and focus once you understand that the US and its allies are the most murderous power structure on earth by an extremely massive margin. You see that criticism of other power structures is not just hypocrisy, but a distraction from the real evil.

Rather than the American flag or the bald eagle, the symbol everyone uses to represent the United States should be the Pentagon.

Notice how both “progressive” Democrats like TYT and The Squad and “populist” Republicans like Trump and Tucker Carlson pay lip service to opposing war, yet still want the US to remain the global unipolar hegemon. This is bullshit, because you cannot have such an empire without endless violence.

You can’t have a globe-spanning unipolar empire without using mass military violence to hold it together, because otherwise the world will just do what it wants to do. Opposing war without wanting to dismantle the empire is like opposing the use of whips and chains but not wanting to end slavery.

If you think making military personnel get a Covid jab is barbaric wait til you hear what else they make them do.

Censoring people for talking about Covid policies that affect everyone is what you get when your institutions have such an extensively established track record of deceitful and unethical behavior that you know you can’t win the public over through simple argumentation and facts.

The more your ideology prohibits you from seeing capitalism as the problem, the more frantic you will be to seek out other explanations for why the world keeps getting more unjust and tyrannical.

I don’t know what narrative manager came up with the brilliant idea of training Covid skeptics to start referring to the “Great Reset” as a “leftist” or “Marxist” agenda, but it’s a great way to alienate leftists who’d otherwise be sympathetic to opposing plutocratic power grabs.

We all grew up watching movies about heroes saving the world from fictional threats and now we’re just sitting here watching the world die in real life.

During the partisan debates about the latest IPCC report, remember that our ecosystem is hurtling toward collapse on many other fronts besides climate change; there are many other indications of collapse besides warming. The way the debate fixates solely on temperature and carbon levels is like if someone has stage four cancer throughout their body and they’re in a coma and their vital signs are dropping and the doctor says death is imminent, and everyone’s arguing over whether or not low blood pressure is necessarily a bad thing.

1. The oceans are being killed.
2. Forests will soon be gone.
3. Fertile soil is disappearing.
4. Megafauna risk extermination.
5. Insects are vanishing.
6. Climate chaos is inevitable.
7. Extinction is now.
8. Plastic is in our blood.

None of this is front page news.

For decades people have been saying climate change is a hoax that’s being used to set up a one world government, and all that’s happened during those decades is the planet getting hotter while the powerful do nothing because ecocide is profitable.

Everyone who thinks climate change is a hoax being used to advance sinister agendas can relax; no actual things will be done in the name of preventing climate change. The news cycle will move on once again and everyone will forget all about it. You know how you keep saying Democrats are trying to take your guns and nothing ever happens? This is that.

How to fight climate collapse by working within the system:

War is just the most overt manifestation of the manifold abuses inherent in a system where human behavior is driven by competition rather than collaboration.

There are centuries of institutional infrastructure supporting capitalism and generations of mass-scale psyops programming public thought, and people wonder why it’s so hard to effect real change.

Our entire civilization is a bubble that’s going to have to burst fairly soon. Only thing we have any degree of control over is how that bursting happens.

At this point the only change agent I still have faith in is humanity’s latent potential for a mass-scale collective awakening from egoic consciousness.

0 thoughts on “We’re Destroying Our World Over Imaginary Nonsense: Notes From The Edge Of The Narrative Matrix”