HOME / SOCIAL/CULTURAL / A Race Between Revolution And Robotics: Notes From The Edge Of The Narrative Matrix 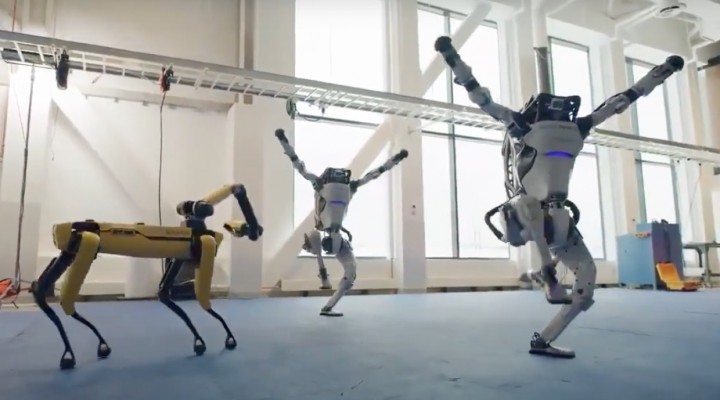 Basically we’re looking at a race to see if the deterioration of material conditions inherent in capitalism leads to mass-scale revolution before the plutocrats have the technological and legal ability to roll out robot and drone security forces.

We’re fed non-stop messaging that we’re inadequate unless we buy certain products, that mass military slaughter is normal, that madness is sanity, and that you’re the problem if you can’t keep your head above water in a system that’s designed to drown you, and people wonder why there’s a mental health crisis.

The problem is that while not many people really benefit from the status quo, those who do are in a position of influence over everyone else. So you get a non-stop barrage of media pundits, movies and TV shows acting like everything’s fine, and this shapes our entire culture.

What we need first and foremost, more than socialism or anarchism or any other ism, is real transparency. We need people’s vision of what’s going on in the world to be unobscured by government/corporate/financial secrecy and propaganda. Once we can see, we can figure things out from there.

How can we navigate toward a healthy world when we can’t even see what’s happening? Militaries understand that you need intelligence before you can act efficaciously; you need to be able to look before you leap, to see and know what you’re dealing with so you can take action which accords with reality. Truth is hidden and obscured from us precisely for this reason: because knowledge is power, and they want all the power.

That’s what Assange was going for when he founded WikiLeaks: a tool to help the people see and know what’s going on in the world so we can act in an informed way.

That’s also why he’s in prison.

The amount of power one is given should have a directly inverse relationship with the amount of secrecy they are allowed to have. Power with secrecy is illegitimate. If you’ve got power over people you don’t get to keep secrets from them.

Whenever I say the US is the most destructive government in our world today, the only people who argue with me are those who simply haven’t thought very hard about how many people have been killed by America’s current wars and sanctions regimes.

Hi I’d like two trillion dollars over the next twenty years to build a giant brick mountain in the middle of the desert.

Okay well can I have two trillion dollars over the next twenty years to murder people in Afghanistan for no legitimate reason?

“Capitalism is responsible for the historically unprecedented level of human thriving we have today. Also, anything you say in criticism of capitalism regarding our current system is invalid because this system isn’t real capitalism. Both of these things are true for me somehow.”

If you ever get lonely just whisper “I do not care for Elon Musk” to yourself and his fans will come crashing through your wall to defend his honor.

“I don’t like the US ruling the world with nonstop violence either, but if it wasn’t us it’d be China!”

No unipolar global hegemon ever once existed in human history until three decades ago. Stop thinking of it as some unbreakable law of nature that there must always be one.

Westerners act like the desire to conquer a planet is some kind of inescapable inherent trait in human DNA because it’s more comfortable than considering the possibility that it’s a mind virus that is unique to our society. The idea that China wants to become the next unipolar dominator assumes (A) China has the same values and interests as western imperialists, and (B) that Beijing is looking at the US empire eating itself alive and thinking “Yeah, that looks awesome! That could be us someday!”

Many people say China openly wants to replace the US as the unipolar hegemon, but if you actually examine the sources of their claim it’s always just China saying it wants a multipolar world and western propagandists falsely spinning that as evidence that China wants to become the next unipolar dominator.

Not even Hitler wanted to take over the entire world, he just wanted to expand Germany’s borders and dominate Europe; that’s why he was fine with the prospect of a Japanese empire throughout Asia. Acting like taking over the planet is an inherent drive within us all is a total propaganda fabrication.

An adept manipulator doesn’t always need to feed you lies; they prefer to get you inventing your own lies and gaslighting yourself.

An adept empire doesn’t always need to topple governments by military force; they prefer to manipulate the nation’s people into doing it for them.

0 thoughts on “A Race Between Revolution And Robotics: Notes From The Edge Of The Narrative Matrix”