HOME / SOCIAL/CULTURAL / There’s Never Been A Better Time To Crush Capitalism: Notes From The Edge Of The Narrative Matrix 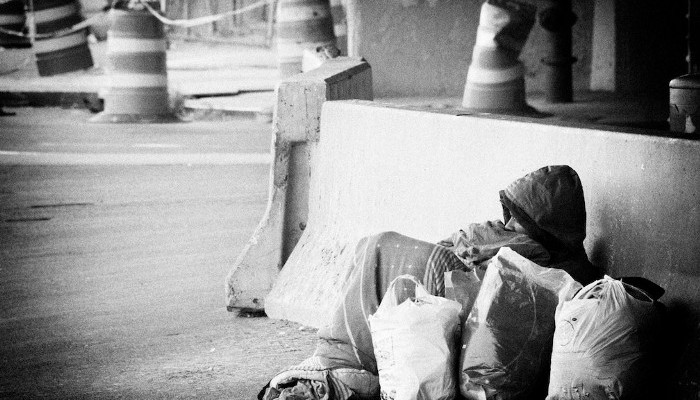 The US is on the brink of a massive eviction crisis and the ecosystem is dying and the world order is maintained by endless violence and we’re being rapidly transformed into a brainwashed slave class, but it was a small price to pay for some billionaires to pretend to be astronauts for a bit.

There’s nothing more enraging than a system which treats the homeless like the problem rather than homelessness.

There would be a lot more opposition to the emerging use of police robots if they called them “robotic cops” instead of “robotic dogs”.

Every ruler since the dawn of history has been acutely aware that there are a lot more of us than there are of them, and that even their own forces could turn against them at any time. That’s what makes robot technologies so appealing to the oligarchic rulers of our age.

Millions of highly traumatized men came home from the World Wars and started families and poured all their trauma into the minds of their children. That trauma has been passed down through subsequent generations. That’s the real lasting legacy of those wars, not the stuff in the movies.

The only way to believe lesser-evil strategizing works is to believe the “two” evils in question are actually two separate and distinct power structures operating in opposition to one another.

It’s cool how US progressives are learning that the Democratic Party is a narrative management op designed to continually derail the possibility of economic justice in America, and it’s sad that this lesson will be completely forgotten in the next partisan politics news cycle.

We were always headed toward more and more inequality, impoverishment and authoritarianism, whether you want to call the next step in that direction “the Great Reset” or some other name. We will necessarily continue along that trajectory until we replace our dominant systems.

There has never been a better time to crush capitalism.

The theory: The individual is prime, everyone gets total financial freedom, and the government is kept from becoming a tyrannical dictatorship.

The practice: Billionaires become tyrannical dictators who turn people into uniform consumers and machine cogs with no financial freedom.

Societies which purport to prioritize the rights of the individual do so only up until the point where individuals start talking about maybe not not wanting to be ruled by billionaires and secretive government agencies anymore, then suddenly the rights of those individuals get a lot less important.

I might actually end up moving away from using words like “capitalism” and “socialism”, because they have completely different meanings to people from different ideologies. Leftists understand what I mean by those words, but those to the right of me consistently misunderstand what I’m saying because of the way those words are used in their ideological circles. I could just use other words to describe the same stuff I’ve been talking about.

I run into people who think socialism is when the government does something authoritarian, or when the government does anything at all. I’ve been told that capitalism is when people do what they want to do (someone once literally told me hugs are capitalism), and that capitalism is anything that’s good. You can’t get around communication barriers that thick if you want to convey ideas to large numbers of people, and there’s not necessarily any reason to try to do it that way when I can instead just talk about economic injustice, how everyone should have enough, how systems where mass-scale human behavior is driven by profit-chasing will always lead to imperialism and ecocide, and how greatly people’s lives would be improved if there was democratic control in areas like the workplace.

I might stop using -ist and -ism words altogether, or use them sparingly, and just talk about the actual concepts without having to rely on any label which tries to capture them all. I already kind of do this, but I can do a much better job of it. I’ve never had a stimulating conversation with anyone who uses a lot of -ists and -isms anyway; mostly they just use it as a crutch to hide the fact that they don’t understand the individual components of the concepts being discussed.

If you mentally mute the ideological worldviews, partisan bickering and sectarian spats and just look at humanity as a whole, what you see is a species on a trajectory toward its own extinction. We are collectively deciding right now whether we continue on that trajectory or not.

Because change is inevitable and life is inseparable from its ecosystemic context, every species eventually hits a juncture where it has to either adapt to changing conditions or perish. Our juncture just came along faster than most. We either adapt or go extinct.

The good news is that we already know such a move is possible. The bad news is that up until now it’s been fairly rare. A movement from a dysfunctional relationship with thought to a healthy one is what the phenomenon commonly referred to as spiritual enlightenment is. What’s changed is that we are now being squeezed toward adaptation by the same kinds of pressures that other species have come under which caused them to attain flight, camouflage, prehensile tails, etc.

Just throw sand in the gears of the machine and try to wake people up in whatever way you can. No one person can win this, but we can each shine a bit more light on things for others and make life a bit harder for the bastards. You can’t do everything, but you can do your bit.

0 thoughts on “There’s Never Been A Better Time To Crush Capitalism: Notes From The Edge Of The Narrative Matrix”