HOME / WORLD / Violence After The Election Will Only Benefit The Powerful: Notes From The Edge Of The Narrative Matrix 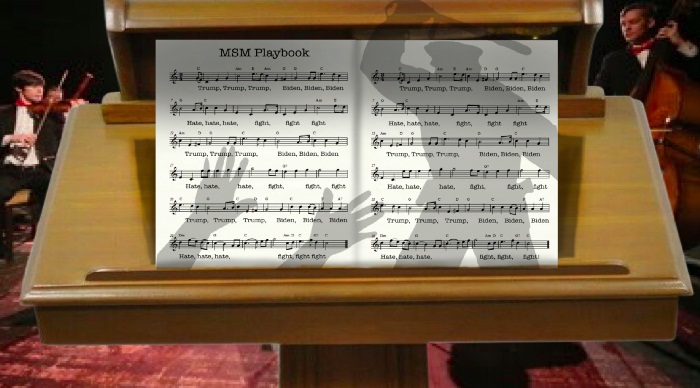 Any violence arising from the US election or its aftermath will only benefit the powerful, will be used to justify authoritarian agendas which serve the powerful, and will in all probability have been instigated by the powerful.

There are plenty of arguments to be made for situations in which intelligent application of force by the citizenry could have good results. Killing each other over which oligarch crony will be the president is not one of those situations about which such arguments can be made.

Please everybody stay cool and live to fight another day.

Most of the Democratic establishment’s arguments are basically “Vote Biden so we can stop deliberately psychologically brutalizing you with nonstop hysterical clickbait about Trump.” It’s just a more complicated version of “I’ll stop hitting you when you give me what I want.”

Russiagate is the largest clickbait operation in history. It’s a clickbait operation conducted by the entire western political/media class upon the whole world. Only difference is instead of just making money it was designed to reignite the cold war and make money.

The probable next elected leader of the most powerful government on earth frequently exhibits signs that his brain is literally dying, and it ranks like twelfth on his list of flaws.

I don’t know that the Hunter Biden October surprise shows anything more scandalous than you’d expect for any major US presidential nominee. I do know that the uniform conspiracy of silence from the mass media about it is uniquely scandalous and says bad things about the future.

All of the most influential anti-Trumpers support all of Trump’s most evil policies.

The establishment is getting everything it wants out of the Trump administration and if you think you’re sticking it to them by supporting him you’re just as brainwashed as the people you criticize.

MSM isn’t truthful. It isn’t even partisan. At least if it were partisan it would’ve spent the last four years attacking Trump for his warmongering and persecution of Assange, which would have been very politically damaging to him. It’s been lying by omission to Trump’s benefit, because it isn’t biased against Trump, it’s biased for the oligarchic empire.

If you ever want to understand what the US power alliance is doing on the world stage, just think about what it would need to do in order to ensure continual unipolar global domination, then ignore all the excuses it makes up for doing those exact things.

The US empire is the creepiest thing in the world. This smiley faced serial killer monologuing about freedom and democracy and churning out movies about how fun and happy it is while butchering human beings all around the world. The more you think about it the creepier it gets.

Liberal media: Glenn Greenwald is an evil monster because he goes on Fox.

Greenwald: Well can I go on your shows instead then?

I can’t believe there’s still a debate about whether leftists should go on huge conservative platforms or just wait eternally for a call from the liberal platforms who hate them. Yes, getting leftist values into the mainstream by any means is better than being ignored. Duh.

Letting leftist ideas and values remain marginalized under the notion that you’re “legitimizing” people who already have audiences of millions is the absolute dumbest thing you can do. Get the ideas out there if for no other reason than to force the bastards to push back on them.

The left will never have a meaningful movement as long as it’s relegated to the unseen fringes, and there are people whose entire job is figuring out how to keep them there. Don’t give them your marginalization for free; at least make them come out in the open and fight for it.

Refusing to let leftist ideas and values be heard by conservative audiences just deprives conservatives of something they need, and it deprives liberal audiences as well since if you can get your point into the mainstream the liberal platforms have to talk about it too.

Antiwar journalists should never go on Fox to share urgent information with a large audience. They should instead wait until a respectable outlet like CNN will have them on, and keep waiting, and just keep waiting and waiting until we all die in the nuclear winter together.

Leftists are immature children who don’t understand the importance of being practical and making compromises. The real adults are the ones who advocate strategies that never work, believe whatever the TV tells them, and support murderous power structures who constantly destroy lives at home and abroad in the name of an imaginary economic system.

If you were sent to a foreign civilization to report on what they do, you would slowly start absorbing their language, culture and customs, and gradually their strange ways would become the norm for you. Anyway, that’s what goes wrong with journalists who report on politicians.

Anyone you ask will tell you they think world peace would be great, then as soon as you start talking about rolling back the worst disruptors of world peace they start experiencing cognitive dissonance.

In an empire that is held together by propaganda brainwashing, freeing your mind is literally an act of insurrection. That’s why truth tellers are being increasingly treated like terrorists.

An entire globe-spanning empire depends on the ability of the ruling class to keep “unity” an impotent feel-good buzzword instead of something people do to remove their oppressors.

0 thoughts on “Violence After The Election Will Only Benefit The Powerful: Notes From The Edge Of The Narrative Matrix”