HOME / WORLD / Divided Against Each Other, United For The Machine: Notes From The Edge Of The Narrative Matrix 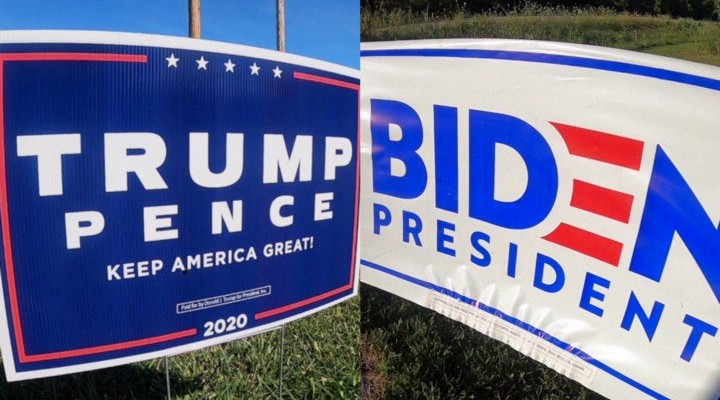 If your ideology requires slow incremental change while humanity hurtles toward extinction, you don’t have an ideology. You have a pastime while waiting for armageddon.

The Corbyn antisemitism psyop was exceptional in that it wasn’t just the political/media class knowingly promoting a lie, but members of the rank-and-file public as well. Countless Brits knew it was a lie, but they helped sell it anyway because they didn’t like his politics.

You won’t stop fascism by electing Joe Biden, you’ll just help make sure it uses racially sensitive language while stomping on your face.

Yeah, vote Biden or else the government which destroys any nation that disobeys it might start sliding into tyranny.

It should not be a big deal to talk about Biden being corrupt. His entire career is made up of decisions that would only be made by someone who serves the interests of corporations, banks and war profiteers. You don’t do that because of your moral compass, you do it for funding.

And I mean sure the type of corruption I’m talking about here may be “legal”, but that just means corruption is legal in America. That’s not an argument that Joe Biden is not corrupt, it’s just something that urgently needs to change.

US presidential elections are often very close because the US populace is deliberately kept evenly split between two ideological camps with a lot of emotional hostility and very little policy difference, ensuring they’re kept divided against each other and united for the machine.

If you prioritize facts over narrative, America from 2016-2020 looks like the same imperialist and neoliberal agendas being rolled out in pretty much all the same ways as before, just with a really shrill mass media soundtrack playing in the background.

It’s so cute how many Americans think separating families at the border is the most evil thing their government does.

In days past leaders used to brutally slaughter their enemies in front of everyone and wear their body parts in case anyone got any funny ideas. Nowadays our leaders wear suits and ties, and they talk about freedom and democracy and family values, and they kill way more people.

Sociopaths know that hell is just a religious propaganda construct because they understand how narrative manipulation works. That’s why they can create mass atrocities like Yemen and still sleep like babies.

Yemen is like that elderly loved one you know you should see a lot more but you let them wither away in a nursing home out of sight and out of mind instead.

To oppose western interventionism is to put yourself in the uniquely absurd position of being branded an extremist lunatic and an intelligence agent for objecting to something that is literally always disastrous.

I have never gotten used to being called a Kremlin troll or a CCP propagandist. It has always shocked and disgusted me when people do that. It has never been sane or normal to accuse strangers of covertly working for foreign governments; the age of Maddow has caused people to mistakenly believe this is a sane and normal thing to do, but it has always been crazy and obnoxious.

People who think US aggressions with China are going to de-escalate after Biden wins are in for a rude awakening.

Ah who am I kidding they’ll sleep through the whole goddamn thing.

In nations like China the government uses propaganda and censorship, which makes them bad. In the west our governments are strictly ornamental and the plutocrats and spies who run things do the propagandizing and censoring, which is obviously far more civilized.

In China you’ll never see media that is critical of Chinese power structures, whereas in the west you might maybe see a criticism of western imperialism if you can get past the total marginalization of anti-imperialist voices and carefully constructed ideological echo chambers.

The best way to manufacture consent for world-threatening cold war escalations is to convince half the population that a leader they hate opposes those escalations for corrupt reasons. This gives one half of the political spectrum a literally insatiable appetite for more and more escalations, and gives the other half a vested interest in proving that their guy is “tough” on the nation in question. Russiagate was extremely successful, so why change the formula?

No sane person would consent to their nation’s resources and wealth going toward a conflict that could wipe out every terrestrial organism instead of toward the citizenry, so propaganda is necessary. Russiagate was arguably the most successful psyop in history. It’s just the formula to use now.

In This Election The Establishment Is Playing for Keeps

November’s Choice: Trump or the Establishment

0 thoughts on “Divided Against Each Other, United For The Machine: Notes From The Edge Of The Narrative Matrix”