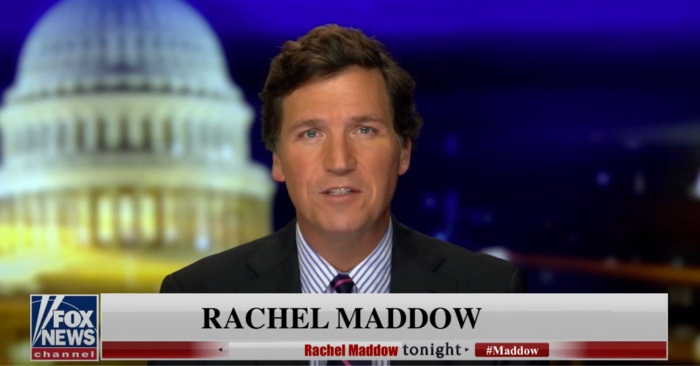 The same exact low rumble, slowly rising toward the same fever pitch crescendo. First you get a few unexpected comments showing up in your notifications, then a few more, then a lot more, then a whole lot more. It’s one news story, then it’s ten, then it’s a hundred, then it’s completely dominating half of US political discourse.

And it’s being directed in remarkably similar ways.

Tony Bobulinski says he met with Joe Biden about China. The media have suppressed the story, but it’s real and it matters. Voters have a right to know the details. Bobulinski sits for an extended interview Tuesday night at 8p ET on #FoxNews

It started to pick up steam a week and a half ago when The New York Post published a follow-up to its notorious Burisma emails publication purporting to show corrupt and nepotistic dealings between Hunter Biden and China’s largest private energy company which also involved Joe Biden at some level. Then last week a business associate of the younger Biden named Tony Bobulinski told the press that he had discussed deals with Chinese business entities with both Bidens.

These dealings would be inappropriate if true, and in a government that isn’t unfathomably corrupt like Washington they might even be remarkable. What they absolutely are not is evidence that Joe Biden is controlled in some way by the Chinese government.

Yet the notion that Biden may be owned by Beijing is being amplified and promoted by rightists like Nigel Farage and CIA applicant Tucker Carlson. It’s no more indicative of covert loyalties to a foreign government than the Gish gallop of weak arguments presented for the theories of Trump’s loyalty to Moscow, which after years of investigation and sweeping subpoena powers failed to see a single American indicted for conspiracy with the Russian government. Yet right wing pundits are pushing this baseless claim with the same fervor we saw liberals beginning to push Russia conspiracy theories at this point in 2016, and their followers are showing up in my mentions telling me I’m a CCP agent for expressing skepticism.

We have been here before.

And then sell it to China? https://t.co/5gELbHvDgQ

If Biden is elected we can expect to see these claims get louder and more shrill, surpassing the force with which Republicans pushed Benghazi many times over. It will dominate political discourse in the same way Russiagate has, and anyone expressing skepticism on social media that a virulent China hawk is actually a Chinese asset will be labeled a CCP propagandist by Trumpists.

We can expect this to create political pressure on the Biden administration to escalate cold war aggressions against Beijing, which Biden will happily do since, again, he is a virulent China hawk. We can expect Republicans to ignore those escalations and keep claiming Biden is suspiciously soft on Russia, while Democrats don’t object to them because he’s their president and they want him to show that he’s not a Chinese asset.

How do I know that last bit will happen? Because it’s exactly what happened with Russiagate.

And of course neither Democrats nor liberal media platforms will have a moral leg to stand on to protest against these fact-free conspiracy theories, since they just spent four years doing the exact same thing. They chose to enter into a battle of conspiracy theories and McCarthyism with the Republican Party, which is a bit like challenging Tyson Fury to a boxing match. Russiagate will magically morph into Chinagate, and hysterical McCarthyite Sinophobe Tucker Carlson will become the new Rachel Maddow.

"Former" CIA officer @BryanDeanWright tells Tucker Carlson (who has also tried to join the CIA) that some Democratic Party leaders may in fact be secret intelligence agents working for China. This is easily as deranged as anything we've seen on MSNBC about Russia. pic.twitter.com/3IcRJzJuQm

And of course the only winners of this nonsense will be the spies and cold warriors who are driving it all from behind the scenes. It started out with the contents of a laptop getting to the New York Post under very suspicious circumstances which nobody really believes the official story of, and it’s going to end up advancing the neoconservative goal of unipolar global hegemony. They got their new cold war against one half of the Russia-China tandem, and now they’re getting it against the other half.

“The PNAC plan envisions a strategic confrontation with China, and a still greater permanent military presence in every corner of the world. The objective is not just power for its own sake but power to control the world’s natural resources and markets, power to privatize and deregulate the economies of every nation in the world, and power to hoist upon the backs of peoples everywhere-including North America-the blessings of an untrammeled global ‘free market.’ The end goal is to ensure not merely the supremacy of global capitalism as such, but the supremacy of American global capitalism by preventing the emergence of any other potentially competing superpower.”

PNAC is of course the Project for the New American Century, the highly influential neoconservative think tank whose insane ideology of preserving US-centralized planetary dominance at all cost rose to real power with the paradigm-shifting George W Bush administration. Their ideology never went away, it just gradually became the mainstream orthodoxy and is now seldom seriously questioned in mainstream circles.

The goal of stopping the rise of China has been in the works for many years, and Joe Biden was part of the administration whose “pivot” laid a major part of the groundwork for that agenda. Yet fact and narrative are so loosely related that no amount of evidence will dissuade the allegation that he is secretly a puppet of Xi Jinping, no matter how many economic sanctions and nuclear escalations he rolls out as president.

I was so looking forward to Russiagate being over and done with if Trump gets out, but it looks like I’m going to wind up accused of shilling for Biden and of being a secret CCP agent just like I’ve been accused of shilling for Trump and being a Kremlin agent for the last four years as I yell over and over again that the cold warriors are recycling the exact same goddamn script.

Oh well. Russian agent to Chinese agent. I guess it’s good to change things up with a new career move now and then.

Was Bill Barr Paid by The Establishment to Protect Hillary, Obama, Comey, Brennan, and a Passel of Obama Regime DOJ, FBI, and CIA officials from Russiagate indictments?

0 thoughts on “If Biden Wins, Russiagate Will Magically Morph Into Chinagate”