HOME / WORLD / Totalitarian Dictator To Leave Office After Losing Election: Notes From The Edge Of The Narrative Matrix 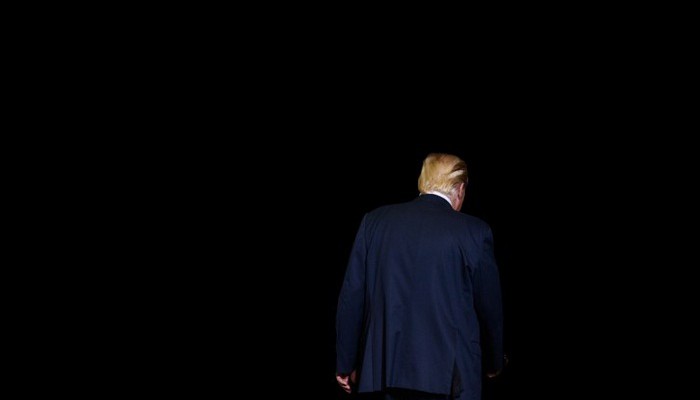 The record turnout for Biden wasn’t for Biden. It wasn’t even really to stop Trump. Ultimately, though most voters were unconscious of their true motive, it was to stop the mass media from shrieking hysterical bullshit in their faces all the time and making them feel crazy.

Trump will leave office on January 20th, a sound refutation of the widespread narrative that he was a totalitarian dictator who presented an unprecedented threat to democracy.

There’s zero chance of Trump challenging the election with any efficacy unless (A) he really badly wants to remain president and (B) sufficiently large power structures want him to remain president. It is already clear that neither A nor B are the case. He’s out. The people who spent four years being wrong about Trump draining the swamp are now laboring under the delusion that he’d be willing and able to stop the entire swamp from stealing an election from him. He isn’t.

“I voted against fascism.”

No you voted against what you perceive as a more dangerous order of fascism. That’s fine, but don’t lie to yourself about it. To pretend that a lifelong murderous authoritarian like Biden is fascism-free is to deceive yourself into future complacency.

A dangerous faction of American extremists has been greatly emboldened by the election of Joe Biden, and they’ll soon begin calling for widespread organized violence and bloodshed as their fascistic ideology rises to power. I am speaking, of course, of mass media pundits.

Trump’s presidency emboldened white supremacists and other crazies. Biden’s presidency will embolden the elitist commentariat whose job is to call you a naive little child if you don’t think it’s good to brandish armageddon weapons and murder foreigners for crude oil.

America’s election integrity ranks dead last among western democracies. Nothing has ever been done to fix this, so there’s no valid basis upon which to simply dismiss concerns about their validity. Yelling “conspiracy theory” is not an argument.

That said, the entire process by which Donald Trump and Joe Biden became the candidates Americans were given to choose from is also corrupt and rigged to its core, so I see no reason to get super fixated on the general election being rigged as well. It’s fake from top to bottom.

There is no legitimate reason why Biden should not be grilled in every single press conference for specific details on how he plans to fulfill his promise to end the war in Yemen. If the US had an honest and responsible news media, that is exactly what would happen.

Sure looking forward to a cabinet full of neocons, spooks and cold warriors rolling out long-planned military agendas while the liberal media talks about Kamala’s shoes and the right calls Biden a Chi-Com.

Some deeply, deeply evil agendas are set to be rolled out during the Biden administration. It’s not going to be pretty. The empire hasn’t gotten less desperate since the Obama administration, it’s gotten more desperate. Get ready.

Biden will be the first president in recent memory who promised to be more interventionist and attacked his opponent for being insufficiently hawkish. Trump ran on reducing interventionism, so did Obama, even Bush. Biden’s starting out from a much more hawkish position.

The US federal government is an entirely evil institution. All this cheering about an insatiable death monster now having competent leadership and grown-ups in charge is psychotic.

At long last the competent grown-ups who murder people have returned to the White House. We can all sleep much better at night knowing there are once again adults in the room who murder people.

US political leaders are so revered by the media and so normalized on our screens that it’s easy to forget how many children they’ve murdered.

New rule: you instantly lose any argument in which you utter the word “Trump” when trying to defend Joe Biden.

No legitimate defense against a criticism of Biden contains the word Trump. The voting is over; “TRUMP!” is no longer an answer. Trump being bad doesn’t make Biden good any more than heart disease being bad makes cancer good.

That the wealthy exploit the working class is an outrage. That they continually restructure all of society around that exploitation is a crime.

At the highest levels it’s always ultimately about expanding and tightening geostrategic control. If you see elite maneuvers as revolving around profit or anti-communism or zionism etc you will miss things, but if you see it as a movement toward global domination everything fits.

The US empire, like any other predator, prioritizes maximum reward for minimum expenditure of energy. It targets small, weak nations with lots of resources to control, ensuring maximum geostrategic control for minimum effort. The ultimate goal, though, is total planetary rule. This way by the time the empire finally works its way to its stronger targets (Iran, Russia, and ultimately China), they’ll have been cut off from the controlled smaller resource-rich regions and badly weakened as a result of slowly being choked off.

Celebrities are the very last people whose opinions you should consult on how to think, what to value and how to live.

All our problems are fundamentally due to the fact that things aren’t happening the way we think they’re happening. Power structures. Financial, economic and political systems. Consciousness itself. We misunderstand what’s really going on, and it impedes our ability to function.

Investigating the nature of self and experience is the most important thing anyone can possibly do. You can do it here and now, you don’t need any special equipment or training, and you don’t need to ever accept anything on faith. And what you find can wildly transform your life.

0 thoughts on “Totalitarian Dictator To Leave Office After Losing Election: Notes From The Edge Of The Narrative Matrix”