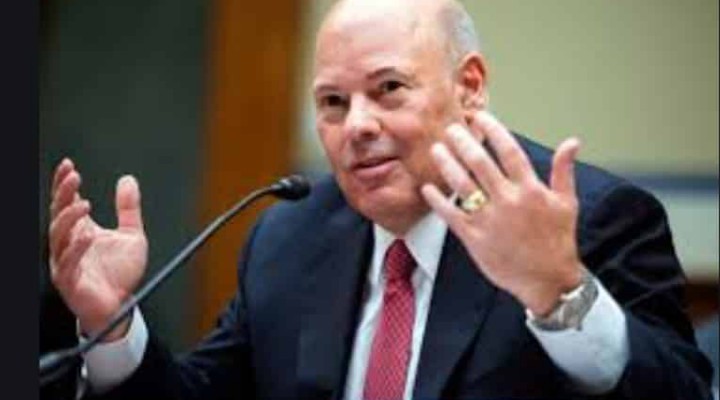 Last night Trump ordered the counting stopped and declared himself winner. He was ignored, 2 hours later, Biden had 270 electoral votes based on Trump’s criteria and 5 million votes held at Trump’s orders in secret postal warehouses. A Federal judge is demanding they be found

In April 2017, was named one of three deputy finance chairmen of the Republican National Committee, along with Trump’s then-lawyer Michael Cohen and the venture capitalistElliott Broidy.[14] In May 2019, DeJoy became local finance chairman for the 2020 Republican National Convention, then-planned for Charlotte, North Carolina.[15] (Both Broidy and Cohen are convicted felons, DeJoy is still ‘at large’ and holding 5 million ballots)

A court hearing starting in 47 minutes covers approximately 300,000 ballots from Pennsylvania, Georgia, Wisconsin and Florida, enough to secure all of these states for Biden.

Many of these ballots are weeks old, some were very early ballots put into sacks and hidden at postal warehouses when the postmaster general ordered mail sorting machines destroyed with hammers and up to 80,000 mail boxes pulled off the streets.

Many of these ballots are weeks old, some were very early ballots put into sacks and hidden at postal warehouses when the postmaster general ordered mail sorting machines destroyed with hammers and up to 80,000 mail boxes pulled off the streets.

Across the country, up to 5 million ballots are in the hands of the US Postal Service which ordered all ballots be declared Express Mail and turned in.

The GOP is saying all these ballots, all 5 million, that the postal service has been hiding were “late” and submitted after November 3.

This is the basis of Trump’s election fraud claims.

From Wikipedia, the free encyclopedia

Jump to navigationJump to search

Louis DeJoy (born c. 1957) is an American businessman serving as the 75th U.S. Postmaster General and CEO. He was appointed in May 2020 by the Board of Governors of the United States Postal Service. Prior to the appointment, he was also a Republican Party fundraiser.

Upon assuming office in June 2020, he instituted a number of cost-cutting measures such as banning overtime, forbidding late or extra trips to deliver mail, removing and dismantling hundreds of high-speed sorting machines, and removing some mail collection boxes from streets. The changes caused significant delays of mail delivery, resulting in investigations by Congressional committees and the USPS Inspector General.

In September 2020 The Washington Post and The New York Times reported that according to former employees at DeJoy’s logistics company New Breed, he participated in a straw donor scheme, reimbursing employees for making political donations.

Employees, particularly managers, were expected to contribute to fundraisers for Republican candidates and organizations; they would then be reimbursed in full through the company’s system of bonuses.[16]

Campaign finance records show that employees at New Breed gave substantial sums to Republican candidates and negligible amounts to Democrats. Between 2000 and 2014, when New Breed was sold, 124 employees gave a combined total over $1 million. Many of these people had not donated before they worked at the company and have not done so since leaving.[17] Pressuring employees to make campaign donations, reimbursements for such donations, and use of corporate money to support individual politicians are in violation of both North Carolina and federal election laws, although some statutes of limitations may have expired.[18]

At an August congressional hearing DeJoy emphatically denied having engaged in such practices.[16] The House Committee on Oversight and Reform has opened an investigation into the allegations and the possibility that DeJoy lied to the committee, and has called for the Postal Service to suspend him.[19] North Carolina Attorney General Josh Stein said that reimbursing someone for a political contribution would be a violation of state law and that “Any allegation that’s this serious merits investigation.”[20]

On May 6, 2020, the USPS Board of Governors, all selected by Trump and confirmed by the Senate,[21] announced DeJoy’s appointment as Postmaster General and CEO, despite concerns about conflicts of interest.[22][23] That day, the National Association of Letter Carriers president Frederic Rolando congratulated him on his appointment but warned of politicization of the USPS, writing:

“Keeping politics out of the Postal Service and maintaining its independence is central to its success.”[24]

DeJoy did not go through the normal vetting process for Postmaster General; two separate search firms were used by the USPS board, and neither firm mentioned DeJoy in their list of candidates.[25]

In September 2020, a court blocked the USPS from sending Colorado households a mailer with false and misleading information about vote-by-mail for Colorado. Secretaries of state had requested that DeJoy show them previews of the mailers that the USPS intended to send out, but DeJoy refused.[47]

The next month, USPS agreed to reverse all changes implemented in June that affected mail services to Montana, settling a lawsuit brought by the state’s governor against the institution and DeJoy a day before a hearing was to take place in U.S. District Court in Great Falls. The government institution agreed to reverse removal of collection boxes and mail sorting machines, closure or consolidation of mail processing facilities, reduced retail hours, banning or restricting overtime, and restriction of late or extra trips for timely mail delivery, affecting all 50 states.[48]

DeJoy donated $747,000 to Duke University in 2014, funding Blue Devil Tower and the DeJoy Family Club at the football stadium. The same year, his son was accepted to the school and joined the school’s tennis team as a walk-on.[49] His daughter also attended Duke, majoring in music.[50]