HOME / WORLD / This Is Your Brain On Echo Chambers: Right Calls Biden A Xi Puppet As He Packs His Cabinet With China Hawks 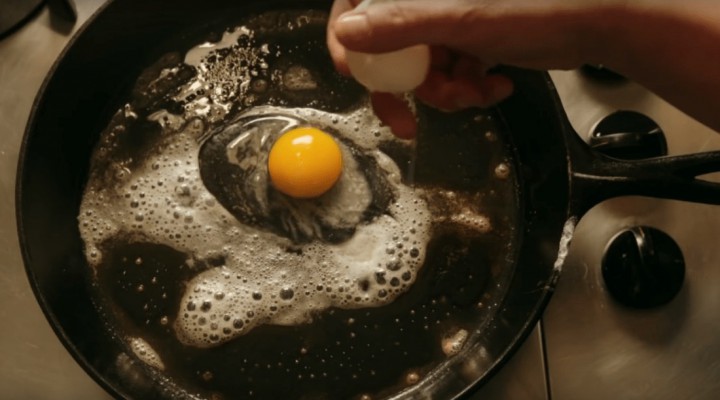 This is your brain:

This is your brain on media echo chambers:

Prior to the US election I wrote a couple of articles saying that if Biden wins he will be attacked by the right as a Xi Jinping puppet even as he escalates dangerous cold war aggressions with China, in exactly the same way Trump was attacked by Democrats as a Putin puppet even as he escalated dangerous cold war aggressions with Russia. This extremely obvious prediction is of course already coming true.

I’m still getting dopey wingnuts in my social media notifications telling me that Biden is a Xi Jinping puppet who is going to be soft on China, even as Biden packs his cabinet with virulent anti-China hawks:

It’s not hard to see where people of a certain ideological bent are getting the impression that Biden is going to be a sycophantic Beijing lackey, though, with influential rightist voices pounding that message into their skulls all day every day despite all evidence to the contrary. Just today within hours of this writing you’ve got Republican congressman Dan Crenshaw tweeting that “Biden‘s plan is to let radicals destroy our economy, with little if any benefit for the environment, and huge benefits for China,” right-wing pundit Paul Joseph Watson labeling the murderous war whore Blinken a “compromised SIMP for China”, and bloodthirsty psychopath Tom Cotton proclaiming on no basis whatsoever that Biden is “surrounding himself with panda huggers who will only reinforce his instincts to go soft on China.”

“Panda huggers.” This is a sitting member of the US Senate.

As Bob Gates said, Joe Biden has “been wrong on nearly every major foreign policy and national security issue over the past four decades.”

Now he’s surrounding himself with panda huggers who will only reinforce his instincts to go soft on China.

This complete schizm from reality, where you’ve got an incoming administration stacked with Beltway insiders who want to attack Chinese interests running alongside an alternate imaginary universe in which Biden is a subservient CCP lackey, is only made possible with the existence of media echo chambers. It’s the same exact dynamic that made it possible for liberals to spend four years shrieking conspiracy theories about the executive branch of the US government being run by a literal Russian agent even as Trump advanced mountains of world-threatening cold war escalations against Moscow in the real world.

You see this dynamic at work in conventional media, where plutocrat-controlled outlets like Breitbart are still frantically pushing the Russiagate sequel narrative that Hunter Biden’s activities in China mean that his father is a CCP asset. You also see it in social media, where, as explained by journalist Jonathan Cook in an article about the documentary The Social Dilemma, “as we get herded into our echo chambers of self-reinforcing information, we lose more and more sense of the real world and of each other.”

“We live in different information universes, chosen for us by algorithms whose only criterion is how to maximise our attention for advertisers’ products to generate greater profits for the internet giants,” writes Cook.

Biden becoming president effectively makes the US a vassal state of China.

Someone benefits from this dynamic, and it isn’t you. As we’ve discussed previously, we know from WikiLeaks documents that powerful people actively seek to build ideological echo chambers for the purpose of propaganda and indoctrination, and there is surely a lot more study going into the subject than we’ve seen been shown. Splitting the public up into two oppositional factions who barely interact and can’t even communicate with each other because they don’t share a common reality keeps the populace impotent, ignorant, and powerless to stop the unfolding of the agendas of the powerful.

You should not be afraid of your government being too nice to China. What you should worry about is the US-centralized power alliance advancing a multifront new cold war conducted simultaneously against two nuclear-armed nations for the first time ever in human history. There are far, far too many small moving parts in such a cold war for things to happen in a safely predictable manner, which means there are far, far too many chances for something to go very, very wrong.

Whenever someone tells you that a US president is going to be “soft” on a nation the US government has marked as an enemy, you are being played. Aways, always, always, always. It’s just people manipulating you away from your natural, healthy inclination toward peace. Get out of your echo chamber, look at the raw information instead of the narratives, and stop letting the sociopaths manipulate you.

0 thoughts on “This Is Your Brain On Echo Chambers: Right Calls Biden A Xi Puppet As He Packs His Cabinet With China Hawks”