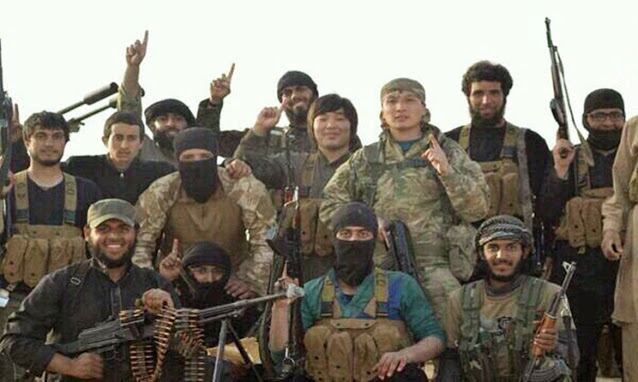 AFP in an article titled, “US removes group targeted by China from terror list,” would report:

The United States said Friday it had removed from its list of terror groups a shadowy faction regularly blamed by China to justify its harsh crackdown in the Muslim-majority Xinjiang region.

In a notice in the Federal Register, which publishes new US laws and rules, Secretary of State Mike Pompeo said he was revoking the designation of the East Turkestan Islamic Movement (Etim) as a “terrorist organization”.

“Etim was removed from the list because, for more than a decade, there has been no credible evidence that Etim continues to exist,” a State Department spokesperson said.

Yet this – according to US State Department-funded sources themselves – is entirely untrue. This includes articles as recent as 2018 from the Department’s own Voice of America admitting the ongoing threat the group still poses not only to China but to the world.

In essence – the US State Department is simply removing a known and still very active terrorist organization from its lists to both politically attack and undermine China further – but to also likely provide more direct support to the group and those affiliated with it in Washington’s widening conflict against Beijing.

ETIM has carried out bus bombings, shootings, suicide bombings, mass knife attacks, and other forms of terrorism stretching across a period of more than 20 years. It has been listed by the UN Security Council as a terrorist organization for nearly as long and is still designated as such to this day.

The Eastern Turkistan Islamic Movement was listed on 11 September 2002 pursuant to paragraphs 1 and 2 of resolution 1390 (2002) as being associated with Al-Qaida, Usama bin Laden or the Taliban for “participating in the financing, planning, facilitating, preparing or perpetrating of acts or activities by, in conjunction with, under the name of, on behalf or in support of” or “otherwise supporting acts or activities of” Al-Qaida.

Similar patterns by the US were seen in relation to proxy warfare waged by Washington against the nations of Libya and Syria. Terrorist organizations like the Libyan Islamic Fighting Group (LIFG) were likewise removed from US terror lists despite at the time the group still openly carrying out armed violence.

The US State Department – according to its own statements – de-listed LIFG in 2015. The UK also de-listed the terrorist organization.

Yet as recently as 2017, terrorists linked to LIFG continue to carry out terrorism internationally.

The Guardian in its article, “Reading terror suspect came to UK as refugee from Libyan civil war,” would note:

The backwash from the 2011 intervention led indirectly to the Manchester bombing. Abedi, 22,, whose parents fled Libya in 1994, returned to the country after Gaddafi’s fall in 2011 only to come back to the UK as the fighting continued in Libya. Abedi and his family developed links to the Libyan Islamic Fighting group, an Islamist group that helped oust Gaddafi.

Just as the US and UK used LIFG to overthrow the Libyan government in 2011 and create social division and fear within their own societies from 2011 onward – the US is removing the East Turkistan Islamic Movement for the very same reasons.

The ETIM serves US interests in many ways – from providing foot soldiers for Washington’s proxy war against Syria to carrying out terrorist attacks against disobedient nations like Thailand (the 2015 Erawan Shrine bombing in downtown Bangkok), to creating violence, unrest, and even fuelling separatism inside China itself. The US is not taking ETIM off its lists because it no longer poses a threat – it is taking it off its lists to sharpen this weapon for further use.