HOME / SOCIAL/CULTURAL / DC On Fire: Notes From The Edge Of The Narrative Matrix 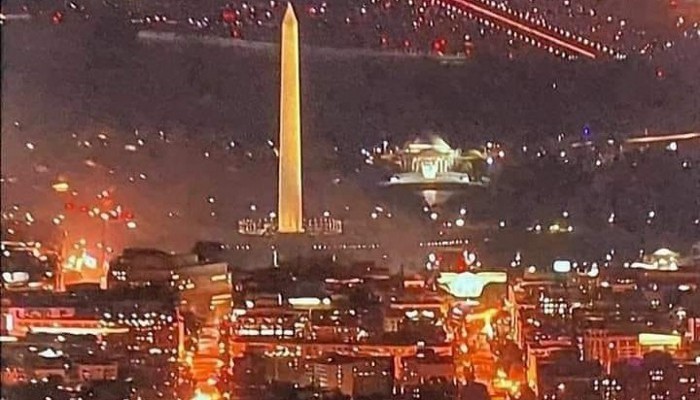 – US government prioritizes ordinary Americans over the desires of wealthy sociopaths.

– Derek Chauvin charged with second-degree murder immediately after murdering someone, because that’s what you’re supposed to do.

“The people are angry about police violence. What should we do?”

“Yeah! It just made them angrier!”

‘Must not be violent enough. Let’s try military violence.’

Mainstream America is being made more and more aware of the vast chasm of difference between what their country purports to be and what it actually is.

Swift, sweeping policy changes would end these protests. Obviously they would. To believe otherwise is to turn the protesters into fictional, orc-like subhumans who have no human motives, who want nothing but chaos and devastation. To invent such things is to abandon rationality.

According to the standards set by Trump supporters when the Guaido coup first launched, the video footage of these protests is full justification for a foreign nation to directly intervene and remove Trump from office by force right now.

Trying to restore peace using the same violent police force whose violence disrupted the peace in the first place is a bit like trying to put out a fire using lighter fluid. The same lighter fluid that was used to start it.

There seem to be approximately 500 billion white people on the internet who believe telling black Americans what course of action is best for them will be received with warm gratitude and solve everything immediately.

Many marriages are ending because the lockdown brought the dysfunctionality of the relationship into the forefront. The marriages didn’t get less healthy, they just had their preexisting unhealthiness highlighted. The same is happening with America’s racial and economic strife.

Democrats: Our feelings feel the feelings that you are feeling, but please go back to being quiet and ignored.

Republicans: Anyone who wears black clothes is literally a terrorist.

One of the craziest things about everything that’s happened is that Biden could still lose.

Funny how everyone collectively figured out that J Edgar Hoover was an unfathomably evil monster, yet the immediate response was NOT to dismantle his entire life’s work, or even take his name off the FBI building.

I don’t belong to any political clique or faction, and I don’t want to. Sometimes people say I’m trying to infiltrate a movement or ingratiate myself to some faction with my writing, but I’ve never done that and never will. I stand alone. My work, good or bad, is just me being me.

I don’t understand a huge chunk of online leftism at all, because I’m really not part of that scene. A lot of it just looks like esoteric jargon and obscure inside jokes to me. I’ve got my own cozy ideological clique with me and my husband, and anything outside that is a bit alien. Like I still to this day don’t even really know what Chapo Trap House is. I still don’t know who Aimee Terese is, I just know people used to compare me to her but don’t much anymore. When I try to find out about these things I just see a big confusing mess of words and emotion.

What you see here is pretty much what you get. I have no interest in joining or leading anyone’s faction or movement. I just say what seems true to me in the moment I say it, based on whatever my reality tunnel happens to be shaped like on that given day. No more, no less.

0 thoughts on “DC On Fire: Notes From The Edge Of The Narrative Matrix”