HOME / WORLD / Capitalism Rewards Sociopathy: Notes From The Edge Of The Narrative Matrix 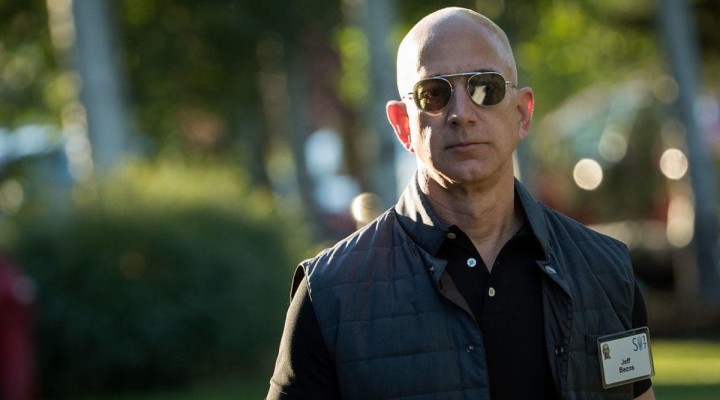 You can tell how backwards our society is by how much easier it is to thrive in it as a sociopath than if you have any other serious mental disorder.

If instead of money our society valued connection, emotional intelligence and empathy, people with schizophrenia or bipolar disorder or other severe psychological issues would get all the support and care they need, while sociopaths would flounder. It would be a handicap instead of an advantage, because attributes like compassion and vulnerability would be valued instead of the willingness to do whatever it takes to get to the top no matter who it hurts.

A highly emotionally conscious world is what we should all want, since most of our world’s problems are ultimately due to the fact that people without functioning empathy centers in their brains get to the top in the way we have things set up now. If we become deeply caring and healthy, sociopaths won’t be elevated.

Capitalism is like polyamory; sure it might work okay for some people, but generally the ones who reap the most rewards from it are those who don’t care about other people’s feelings.

Introducing SlaveApp, the app that summons a criminally underpaid individual to provide whatever service you want.

Biden was appointed to get things back to normal, but there can be no “back to normal” for a dying empire in a rapidly shifting global paradigm. You can tell by how hard they’re having to work to spin this desperate, ridiculous clusterfuck as a normal presidency.

All the fangirling over Jen Psaki is getting really gross. She’s supposed to be charismatic you dopes; she’s responsible for managing the perception of an entire empire. The world’s most destructive government having skilled perception management is a bad thing, not a good thing.

US presidents always get praise for the small smattering of half-decent things they do, but no blame for the far, far greater mountain of evil things the US empire does during their presidency. People look at the everyday butchery and oppression of the empire as normal, required stuff.

When you try to inquire as to who is to blame for all the everyday evils of empire, the wars, sanctions, oppression, exploitation, propaganda, authoritarianism and ecocide, you can’t get any straight answers. It’s widely thought of as something that kind of happens magically, by itself.

And that’s just so revealing, for a civilization which prides itself on its respect for the individual to refuse to place any blame on any individuals responsible for the worst crimes being committed on our planet right now. Individualism is for the little people.

It’s hard to blame people for believing dumb conspiracy theories about the powerful, considering the fact that proven conspiracies by the powerful are usually a lot worse. The conspiracy of the US power alliance to slaughter children in Yemen and lie about it is far worse than all the QAnon stuff, for example.

Corporate media propaganda is another example. Wealthy elites and government agencies are indeed conspiring to manipulate the thoughts of the entire population; this is a fact that has been studied and documented for decades. It happens in a mundane way, but it’s a huge, creepy conspiracy. I mean, just think about it: powerful elites are engaging in mass-scale mind control to justify murder and genocide around the world. This is a fact. The only reason it doesn’t give people the thrill of 5G nanobot mind control conspiracies or whatever is because we’re used to it.

If everyone could just truly see the empire and what it does with fresh eyes, just the verified facts that we know about, they’d tear it all down bolt by bolt. That’s why so much energy gets poured into ensuring that they don’t see it.

People keep waiting for a big reveal, for some investigative journalist or leak to expose the abusive dynamics of the powerful. Thing is, that already happened: there’s enough public evidence already. It’s just that people can’t see it with fresh eyes. That’s what we need to change.

The big reveal already happened. If there was some massive WikiLeaks drop or whatever ripping the veil off all the ugliest secrets of the empire, we’d still have what we have now: a propagandized populace ignoring all the mountains of evidence for horrific acts of the powerful. The problem isn’t getting the information, the problem is getting people to actually look at it. That’s what I place my emphasis on: finding new ways to get people to look with fresh eyes and really see the ugly monster that’s right in front of their face.

Our priorities get skewed by the way the powerful think in global mass-scale terms while normal people don’t. Even well-intentioned people think police violence is more of a problem than war, or that lockdowns are more dangerous than brinkmanship with China, because it’s something local that can affect them personally.

This is just a product of normal human psychology. If I’m a store clerk I’m unaffected by things happening on the other side of the world, so I don’t think about them. If I’m a war profiteer or empire architect those dynamics affect my bottom line, so I do think about them.

Stop Siding With The Powerful: Notes From The Edge Of The Narrative Matrix

It’s The Media’s Job To Normalize War: Notes From The Edge Of The Narrative Matrix

“CHINA BAD”, And Other Notes From The Edge Of The Narrative Matrix

Tankie, Conspiracy Theorist, And Other Pejorative Tools Of Narrative Control

0 thoughts on “Capitalism Rewards Sociopathy: Notes From The Edge Of The Narrative Matrix”