HOME / WORLD / The Empire Has A Dark Vision For Our World: Notes From The Edge Of The Narrative Matrix 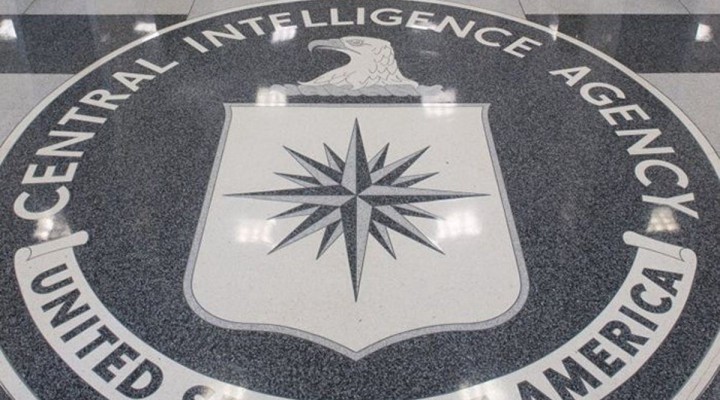 The ultimate goal of the US-centralized empire is to have such control over the world’s economic and financial systems that conventional warfare becomes obsolete, because they’ll be able to fully strangle any population which disobeys its dictates by cutting them off from money.

It’s a warped and perverse version of what we think of when we utter the phrase world peace; their version of “world peace” is a world where overt warfare is unnecessary because all disobedient populations can simply be quietly strangled to death via economic violence. The infrastructure for which is of course still guarded by a massively expensive military spread all around the globe.

The same power structures which enacted the rape of Yemen, Iraq, Libya, Vietnam, Laos, Cambodia etc are not going to carry us into a peaceful and harmonious world. They do not have the neurological wiring to do that, even if they wanted to. Their vision for our world is dark.

The notion that the real hero on the world stage is the government that’s waging nonstop disastrous wars and circling the planet with hundreds of military bases is an idea so complex and esoteric that the only people who can understand it are Ivy League university graduates.

Everything the western world believes about itself and its values is invalidated by its treatment of Julian Assange.

The saying “Socialism for the rich and rugged individualism the poor” is a dynamic you see play out not just with money, but with immorality as well. None of the world’s worst people are in prison; they inflict the evils and then offload their culpability onto the collective.

Believing America’s problems are caused solely by Republicans is like believing a homicide was perpetrated solely by the murder weapon.

The empire-building of the US-centralized power alliance is the single most destructive force on this earth. Anyone who is choosing this point in history to pour their energy into nuance policing anti-imperialists, as was recently done in this doofy Nation article the other day, is facilitating that destructiveness.

We are so very, very, very far from health on this front. When you’ve got mountains of bullshit to move, the person handing you a teaspoon and telling you to be exceedingly careful with how you move it is helping to keep the bullshit in place. When you’re this far from the mark you need to be making huge movements, not tiny, surgical ones.

It might prove more useful for imperialists to begin emphasizing the term “empire building” over “imperialism” if they want to avoid the “Herpa derpa China and Russia are imperialist too” red herrings. Yes those nations project power beyond their borders to some extent, but only one nation is the center of a hegemonic globe-spanning power structure enforced by hundreds of military bases around the planet.

So when I talk about “the US empire”, I’m not being hyperbolic or exaggerating to make a point. I’m talking about the thing that it is, in the only context in which you can explain the major international conflicts today: empire building.

Empire building is what you’re seeing when coups are staged and regime change wars launched to bring a nation into alignment with the US-centralized power structure. It’s literally adding a new member state to the empire. It keeps its name and its flag, but it becomes the property of the empire.

In old empires, powerful countries invaded weaker ones, taking ownership of the territory. In the new empire, the borders and names remain officially the same, but control is handed over in treaties, alliances, trade agreements, power-shifting coups, secret deals, etc.

International alliances are often thought of as matters of secondary importance, as just something governments do when possible to make themselves a bit safer, wealthier, etc. Actually, uniting nations into one power structure is the goal, and it’s what these “alliances” are really for.

When people ask why I talk about “America” instead of “Australia”, it makes as much sense to me as saying you should focus on California instead of America. It’s a member state of the same empire, forcefully absorbed and digested into the imperial blob via coup. I just focus on the empire’s head.

I don’t care. I do not fucking care. My opposition to western escalations against a nuclear-armed nation have nothing whatsoever to do with communism. If you only oppose warmongering against communist nations, you’re a douche.

The way imperialists try to wedge and split people based on ideology is so fucking obnoxious. War is bad. Cold war is bad. Economic warfare is bad. Stop babbling about ideology. Not supporting mass murder has nothing to do with ideology.

People sometimes tell me I need to use my “platform” to advance this or that cause that is important to them, or in a different way than I do. For the record I have no platform. I don’t even have connections; in fact I actively avoid cultivating them. I have followers, and there are some outlets which periodically choose of their own initiative to re-publish my writings for free.

I write directly to the people, and the people decide how much that’s worth. The only reason anyone knows who I am is because regular people enjoy and share my work. You can do what I’m doing too; just don’t pester me to do it for you. If you don’t like how I write or what I write about, you’ve got ten typing fingers and access to all the same free blogging sites I use. Write it yourself. You have all the exact same tools I’ve got.

And I really do mean that; I wish there were a lot more people doing this. The world needs more indie media. If you see too few people doing it the way you think it should be done, please do jump in and help out with indie content creation. We need all the help we can get.

It’s a battle between truth and ego, for us as individuals and for humanity as a whole. It’s no coincidence that we’re currently ruled by psychopaths and sociopaths, disorders which sit on the extreme end of the narcissism spectrum. Humanity’s problems are literally ego run amok.

A Nation That’s Always At War Has No Moral Authority: Notes From The Edge Of The Narrative Matrix

0 thoughts on “The Empire Has A Dark Vision For Our World: Notes From The Edge Of The Narrative Matrix”