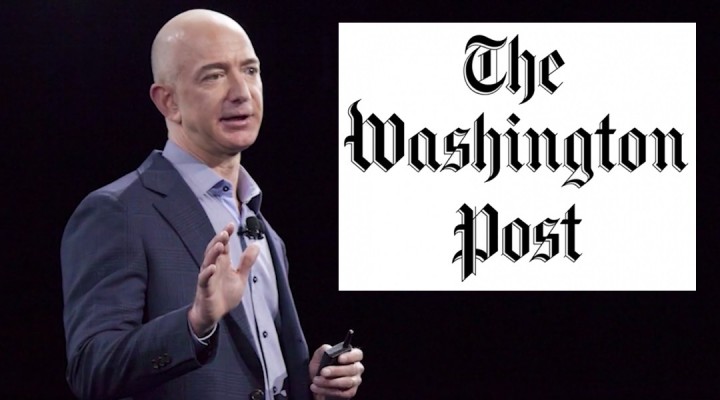 At a hotly anticipated remote keynote presentation on Friday, billionaire Jeff Bezos revealed the details of an exciting new virtual reality experience which he says will allow consumers to log on to an artificial fantasy world completely unlike our existing reality.

“We’re calling it Mainstream Media, or MSM for short,” Bezos told viewers. “MSM will allow users to interface with an alternate world of the imagination where capitalism is working fine for everyone, constant military expansionism is normal and desirable, Washington’s enemies are all bloodthirsty monsters, and billionaires are just harmless job creators. Let’s check it out.”

Bezos explained that his 2013 purchase of The Washington Post ensured that consumers will remain psychologically plugged in to a virtual reality in which the sociopolitical status quo upon which his Amazon empire is built looks totally fine and not at all insane or dystopian.

“Unlike the virtual reality enterprises of certain other billionaires, the Mainstream Media universe operates continually and without the need for fancy headsets or equipment,” Bezos said. “In fact, the psychological technology is so immersive that users aren’t generally even aware that they’re not experiencing actual reality.”

“We wanted in on the Mainstream Media universe too,” Bloomberg answered. “Can’t let you have all the fun, Jeff.”

“With my vast media empire I’ve been able alter the outcomes of elections, shape policies and political agendas, start wars and kill social progress in both the Northern and Southern Hemispheres,” Murdoch boasted.

“My position as chairman and CEO of Berkshire Hathaway has given me control over dozens of daily newspapers throughout the United States,” Buffett added.

“My holdings in the New York Times give me leverage over the hiring and publishing practices of the most influential paper in the most powerful nation on earth,” said Slim.

“By buying up media influence and controlling the public’s perception of reality, we ensure that all the systems which have been funnelling wealth and power toward us remain intact,” explained Bloomberg.

“And it keeps the guillotine blades away from our necks!” Slim interjected.

“That’s right Carlos,” Bezos said. “By psychologically helping the public to perceive a different reality than the one that actually exists, we can prevent prevent social uprisings which might prove hazardous to our wealth and vital organs.”

“So we give the riff raff a virtual reality to live in,” said Murdoch. “Because actual reality belongs to us.”

The Story Of Rocket Man