HOME / WORLD / The US Empire Is A Smiley Faced Serial Killer 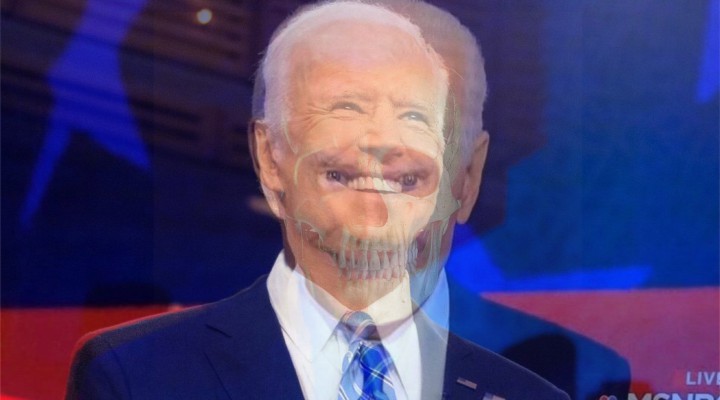 Dave Calhoun, CEO of top war profiteer company Boeing, said back in July that he’ll be quite happy regardless of what happens on November third.

“I think both candidates, at least in my view, appear globally oriented and interested in the defense of our country and I believe they’ll support the industries,” Calhoun said. “I don’t think we’re going to take a position on one being better than the other.”

And of course he didn’t take such a position. Why would he? Arms manufacturers have been pouring money into the campaigns of both candidates, and they both know that no matter who wins the presidential election they’re going to reap highly profitable mountains of corpses. Since they know they win no matter who wins, why risk offending a future business partner?

CEOs of arms manufacturers and their investors are confident about their prospects, regardless of which candidate wins the election.https://t.co/RXqw7qvJXR

The fact that war plutocrats are happy with either candidate tells you more about the reality of this presidential race than all the billions of dollars worth of mass media reporting and punditry that’s gone into it over the last two years combined. No matter what happens in the election and its aftermath, this is the real headline.

It’s so unspeakably insane that people can become unimaginably wealthy by using campaign donations to help warmongering politicians rise to the top of the political system of the most bloodthirsty government on earth and then selling the weapons used in the wars those politicians start.

Really, just think about that for a second. Imagine if someone said “I’m going to become a billionaire by killing people in the Middle East and Africa and selling their organs on the black market.”

That would be insane, right? That person would immediately be branded the most disgusting person in the world.

But if someone becomes a billionaire by starting wars in the Middle East and Africa and selling the weapons used to kill the same number of people in those wars, they’re considered industrious businessmen and philanthropists.

They did functionally exactly the same thing as someone killing those people and selling their organs, but their evil is completely invisible to the scrutiny of the mass media which informs the way people think, act and vote. War profiteers pour money into political campaigns, think tanks, mass media advertising and other narrative management operations which have the direct result of more mass military violence and more public support for it, but they are seldom even criticized for that depravity let alone held accountable for it.

"US government agencies are advancing the narrative that unabsorbed governments are attacking the United States in a completely invisible yet extremely outrageous way."https://t.co/s41nyXV5d4

The more you think about it, the creepier it gets. This is true not just of the military-industrial complex, but of the US-centralized empire as a whole.

There is nothing more creepy than the close power alliance loosely centralized around the United States which functions as a single empire on foreign policy.

Its leaders promote ideals like “freedom” and “democracy” while brutalizing any nation which disobeys its dictates and squeezing its own populace with increasingly authoritarian measures.

They extol the virtues of “human rights” while butchering human beings around the world whenever it is geostrategically convenient.

Their media virtually never point out the fact that their government is never not murdering human beings to fill the coffers of war profiteers and ensure unipolar planetary hegemony, but they will churn out sitcoms and feel-good stories about unity and togetherness like no one’s business.

The reality that they are riding on the parade float dressing of an insatiable death machine is carefully concealed from the denizens of this murderous empire, and instead they are fed a constant Hollywood diet of movies and shows about how fun and hilarious and awesome their country is.

The US empire is a serial killer with a horrifying grin stretched over its blood-spattered face. A smiley faced psychopath babbling about civil rights and the importance of inclusive language while chopping a Yemeni child to pieces.

Once you’ve seen it, you can never see the smiling nice guy again.

Despite all the partisan shrieking and melodrama and hyperbole, Trump is not uniquely evil.

Despite all the partisan shrieking and melodrama and hyperbole, Biden is not uniquely evil.

What’s uniquely evil is the murderous globe-spanning empire which dictates the fate of our species fueled on human blood and posing as a nice guy. Our world has never seen anything quite like it. It is a one of a kind monster.

This will be the case regardless of who is inaugurated on January 20th. It should remain at the forefront of everyone’s attention above the hysterical partisan fray. Ignore the drama over who gets to be DeathCorp’s secretary and keep your gaze fixed on the smiling killer.