HOME / SOCIAL/CULTURAL / Truth Is The First Casualty In Cold War: Notes From The Edge Of The Narrative Matrix 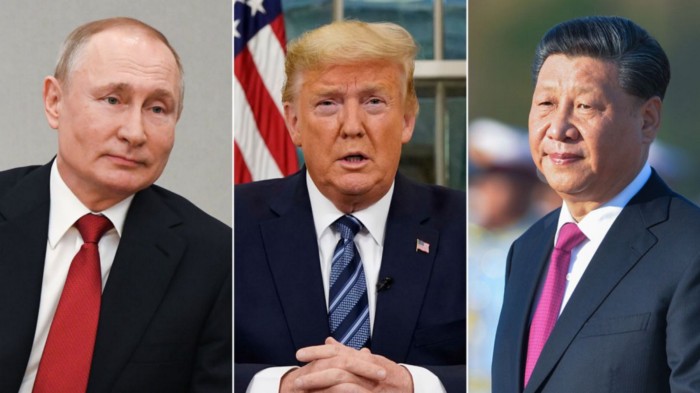 Governments make evidence-free claims which the mass media report uncritically, with ordinary citizens expected to either prove them wrong or shut up and believe. The burden of proof is fallaciously placed on members of the public and tiny indie media outlets with no resources to disprove the claims, instead of on massive news media outlets with abundant wealth and resources. It should be the exact opposite: with unproven government claims ignored until hard proof is provided, and with mass media reporters doing their goddamn jobs.

Whenever someone says “I oppose Assange’s extradition, but,” everything before the “but” is a lie, and it’s a safe bet that everything after it will be too.

Truth is the first casualty in war. This adage is especially true of cold war, where the absence of hot firepower makes an emphasis on mass-scale psychological operations necessary.

The main thing that will change if Biden wins the election is that when the president does something evil Democrats will shift from saying “I hope you Jill Stein voters are happy” to saying nothing at all.

A Biden win will actually make my job easier. I see the Democratic Party as the main obstacle to real change in the world’s most powerful and destructive government, so it will be much easier to cleanly attack once it’s in a position of power and still advancing oligarchy and imperialism.

The mass delusion that America’s major problems are caused by Trump is a huge propaganda win for the empire. Without that cover they’ll be forced to expose themselves a lot more, and they’ll be doing it with former Trumpers actually drawing attention to it instead of ignoring it.

Democrats and Republicans will argue all day about whether evil policies were actually started by Obama or Trump, yet the debate almost never gets into what causes presidents to advance the same evil policies regardless of political party or campaign platform. This serves power.

It’s not that Democrats and Republicans are the same; if you look at each individually, you can see some differences. And that’s how they get you. That’s how the illusion is upheld. But if you zoom out a bit further, you see they’re both used in conjunction to advance the same agendas.

Nobody ever needs to justify focusing their criticisms on the most powerful and destructive government on planet earth.

Wealth is just the dumb luck of finding yourself on the receiving point of inheritance, privilege, and a system set up to reward manipulative middle men instead of laborers, all of which have their roots in some point in history where some asshole stole some land from the people who lived there before him.

So many problems would disappear if news outlets would just stick to reporting known, verified information instead of unproven government claims, dumbass Russia conspiracy theories, and opinions by pundits who support imperialism and oligarchy.

Russiagate and QAnon got traction because people inform themselves about what’s going on in the world using online platforms whose functions and algorithms are designed to create an echo chamber which feeds into their confirmation biases. If countervailing evidence could get through even ten percent of the time, they’d get no traction.

A lot of men pour their powerful male energy into becoming successful in order to attract women, but what a woman really wants deep down is a man who’ll take that drive and pour it into her. Into learning, understanding, healing and uplifting her, and freeing her up to do the same for him. This dynamic, where both partners are pouring their energy into knowing and uplifting each other, creates a kind of free energy system that’s so much better than the way people tend to operate.

Deep inner work allows you to see the vast difference between life itself and the stories our minds tell about life. Taking this perspective to political analysis exposes the glaring difference between what’s actually happening versus what mass media narratives say is happening.

Most of humanity’s problems boil down to an unhealthy relationship with narrative. Individually our suffering ensues from believed mental narratives about self, other and world, and collectively our destructive behaviors are driven by the propaganda narratives of the powerful.

The world would be so much better if everyone just watched people’s actions and ignored their stories about their actions. It would radically change politics, it would prevent abusive relationships, it would stifle manipulators and it would transform human civilization.

An Honest War Is As Rare As An Honest Politician: Notes From The Edge Of The Narrative Matrix

0 thoughts on “Truth Is The First Casualty In Cold War: Notes From The Edge Of The Narrative Matrix”