HOME / SOCIAL/CULTURAL / Actually, That Was America: Notes From The Edge Of The Narrative Matrix 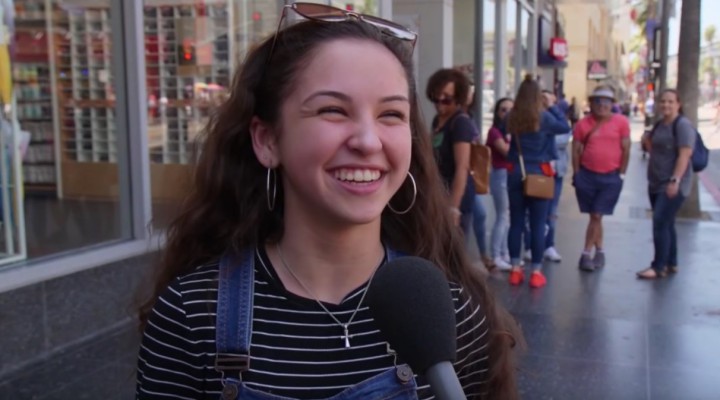 – Make a show called Actually That Was America.

– Tell average Americans on the street about evil things America did, except you tell them it was a country the US government doesn’t like.

– Scream “ACTUALLY THAT WAS AMERICA!”

– It never gets old.

– You never run out of evil things.

Have the media brainwashed you into believing that Biden is different from Trump yet? They’re sure as hell trying.

They need you to believe Biden is a big change from Trump because that would mean the electoral system can be used to advance real change so there’s no need to rise up and seize the means of production and eat the rich and launch your landlord into the sea with a giant slingshot.

Most political commentators are like pro wrestling ringside commentators, talking about completely fake dynamics as though they are real while being listened to attentively by idiots and children.

Reminder that anyone who wants to republish, translate or use any or all of my work has permission to do so free of charge, with or without attribution, in whole or in part, altered or unaltered. Put it on your blog, make merchandise, make pamphlets, make books, use it however you like.

Republicans believe Trump ended wars and fought the deep state. Democrats believe Russiagate was legit and Biden is a progressive who is fixing America. As the empire falters, the real world and the narrative world are becoming more and more divorced with less and less overlap.

We each inhabit two very different worlds simultaneously: the real world and the narrative world. As the status quo unravels and we hurtle into a mysterious abyss of ever-increasing weirdness, those worlds are drifting further and further apart.

It's so weird how not being murdered by explosives dropped from the sky is never considered a human right. pic.twitter.com/AS2PChFCxL

I know Jimmy Dore says it a lot, but we really should keep coming back to appreciate the fact that a comedian with a podcast turned out to be an infinitely better journalist than literally everyone in the mainstream media.

The mass media always lie in the interests of the empire for the same reason workers try to please their bosses. The US empire is basically a giant corporation, of which the mass media are a part, and mass media employees figure out very quickly that they only get promoted by advancing imperial narratives.

Me, constantly: Democrats and Republicans are part of the same oligarchic imperialist power structure and work in conjunction to advance the interests of that power structure.

Shitlibs, constantly: Caitlin only criticizes the Democrats and never the Republicans!

A metric which describes the increased lifespan of a sociopath due to lack of stress from empathy, eg “I know John Bolton is old, but he’s not that old in Kissinger years.”

Sociopaths don’t experience stress like we do. They actually seek out the sensation of stress. It’s called “sensation seeking.” They enjoy the chaos; it doesn’t exhaust them or make them sick, it energizes them. Keep this in mind when thinking about US foreign policy.

This is why assholes like Kissinger live forever, and the ones who care the most wear themselves out young.

That’s one of the reasons why I place so much emphasis on awakening. Awakening gives you a bee’s dick of space from the turmoil around you. In knowing your true self, you can return home for replenishment and pick off any unwanted mind parasites you picked up on the way. The key is to lean back into awakening so you can see clearly, but then lean back into life so you can feel it all.

Every positive change in human behavior, individually or collectively, has been preceded by an increase in awareness. Anything you can do toward this end makes a difference, whether it’s spreading awareness through a conversation, a tweet, or street graffiti. Your efforts matter.

One doesn’t end an addiction or self-destructive behavior until they become conscious of the inner dynamics feeding into it. Societal illnesses don’t end until people become conscious of how wrong they are. Dysfunction and consciousness can’t coexist. Your efforts matter.

Never let anyone tell you your efforts toward this end don’t matter. Never give in to pessimism on this front. Any effort to increase awareness of what’s true necessarily makes the world a better place, as surely as switching on a light in a dark room makes it brighter.

It doesn’t matter how big or how bright your light is, all that matters is that you shine it. None of us are big or bright enough to enlighten the world on our own, but together we can make a giant star that drives out the darkness and guides us into a healthy, harmonious world.

The US empire is evil and the news media are lying to you and China is not your enemy and neither is Russia and nuclear brinkmanship is insane and sanctions are murder and we’re slaughtering kids in Yemen and capitalism is killing us and enlightenment is real and peace is possible. The end.

Stop Siding With The Powerful: Notes From The Edge Of The Narrative Matrix

It’s The Media’s Job To Normalize War: Notes From The Edge Of The Narrative Matrix

“CHINA BAD”, And Other Notes From The Edge Of The Narrative Matrix

0 thoughts on “Actually, That Was America: Notes From The Edge Of The Narrative Matrix”