HOME / WORLD / A Sense Of Perspective, If You Please: Notes From The Edge Of The Narrative Matrix 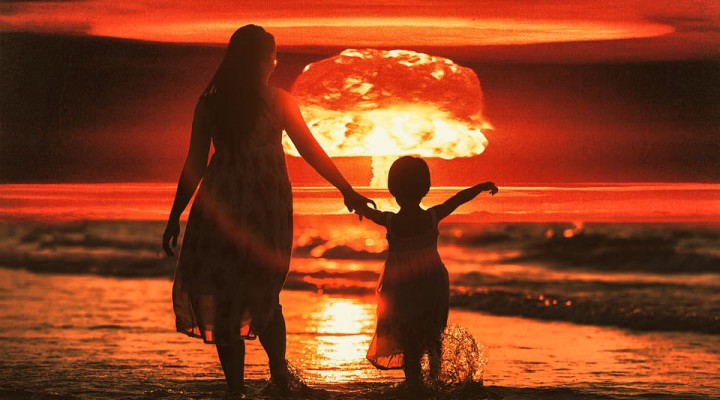 The US and its allies feigned impartiality on the conflict in Ethiopia this whole time and then someone literally just recorded a Zoom conference of western diplomatic insiders casually chatting about wanting the TPLF to topple the sitting government and leaked the video.

“Should the US and its allies intervene militarily in-”

Issues that make sense to focus on a lot:

Issues that don’t make sense to focus on a lot:

“Eww China has reeducation camps, can you believe that? Imagine, a program for systematically changing the thoughts people think to make them obedient. It’s so creepy and Orwellian. Can’t wait to find out what else CNN has to tell me about the world after this commercial break!”

As the US ramps up brinkmanship with Russia and China it has simultaneously upgraded its nuclear arsenal to make nuke blasts more destructive and thereby capable of eliminating an enemy’s underground warheads. This will make an enemy more likely to strike first to avoid being disarmed.

I keep tripping on how weird it is that the US empire is charging into new cold wars with two nuclear-armed nations simultaneously for the first time ever and hardly anyone seems to think humanity’s most imminent threat could be all those armageddon weapons we’ve been stockpiling. I mean, how stupid would we feel for missing that one?

“There’s no threat of nuclear war,” said the smart person. “I trust the US war machine which consistently makes the worst possible decisions in every instance to perfectly navigate a hair-trigger nuclear standoff on two fronts every hour of every day for the foreseeable future.”

People who think MAD will continually keep the world safe from nuclear armageddon (A) don’t understand the factors that are most likely to lead to nuclear war and (B) haven’t thought very hard about what the “M” and the “D” stand for.

The belief that Mutually Assured Destruction will protect us even amid reckless cold war escalations is insane. Only detente can provide safety, with the ultimate goal of complete disarmament.

The US is going to start a nuclear war with Russia or China and the online left will still be focused on the Leftist Heretic of the Day for several minutes after the first bombs hit.

FYI it doesn’t matter how correct you were about Russiagate being bullshit if you are now deep throating MSM China narratives with zero gag reflex.

FYI it’s not okay to be a grown adult at the end of the year 2021 and still believe Joe Biden is a good president.

Some people enjoy being whipped bare ass whilst receiving humiliating verbal insults. Some people enjoy publicly proclaiming that Democrats will surely do the right thing this time and getting their hopes up high that they will. Don’t kink shame.

The opinion that there should be literally no dissent anywhere at all about government Covid policies which affect everyone is one of the most bat shit insane beliefs you could possibly come up with.

Racism is a real problem that must be made conscious AND ALSO the issue is often manipulated to protect the status quo.

Climate change is real AND ALSO manipulative plutocrats are looking to benefit from it.

Covid is dangerous AND ALSO it’s being used to advance unjust agendas.

Because our brains are wired to reject any information which could threaten our worldview, it provides more cognitive ease to simply dismiss every part of any idea that might add layers of complexity to your position. But doing so distorts our perspective.

It’s gotten to the point where any time I see exciting new anti-imperialist voices emerge in left media I start inwardly cringing because I know there’s going to be a vicious hate campaign directed against them using leftist-sounding language and given leftist-looking legitimacy.

0 thoughts on “A Sense Of Perspective, If You Please: Notes From The Edge Of The Narrative Matrix”