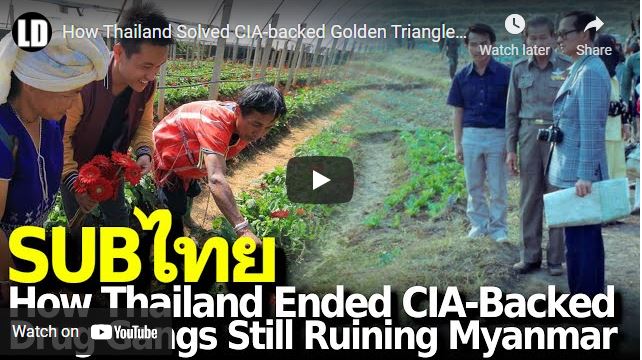 The US through the CIA and now USAID and the National Endowment for Democracy – has been bolstering armed ethnic groups across Myanmar for decades. They are involved in arms and narcotics trafficking throughout the region – but long ago these networks also extended into Thailand.

Thailand’s monarchy led a government campaign to provide alternative crops for people living in these regions to grow instead of opium and invested heavily in both processing facilities and in a nationwide market network to sell these crops.

It not only alleviated the opium problem and drove out US-backed narco-terror groups – but it has created an important agricultural component to the national economy that endures to this day.

This is an example of real development and aid versus what the US does in places like Myanmar – where millions of dollars a year are poured into undeveloped areas of abject poverty – encouraging conflict and division – and impeding rather than promoting development.

The World – They were CIA-backed Chinese rebels. Now you’re invited to their once-secret hideaway:
https://www.pri.org/stories/2019-08-28/they-were-cia-backed-chinese-rebels-now-you-re-invited-their-once-secret-0