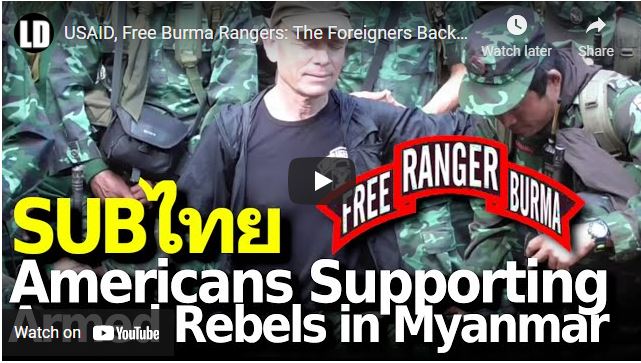 Not only is the US supporting anti-government protesters in the streets of Myanmar as well as the core political and media organizations behind them – for decades the US and British have also been supporting armed ethnic groups along Myanmar’s borders creating over a half-century of armed strife.

Now as the US attempts to stitch these groups together for a Syria or Libya-style regime change proxy war – it is time to take a closer look at these armed groups and one organizations – the “Free Burma Rangers” – which represents a literal American training armed militants inside Myanmar’s territory.

I cover US counterinsurgency manuals and how US funding through USAID, the National Endowment for Democracy, and the work of “Free Burma Rangers” constitutes verbatim US insurgency-counterinsurgency strategy.

Irrawaddy – Free Burma Rangers Will Not Be Allowed to Operate in Myanmar, Military Says:
https://www.irrawaddy.com/news/burma/free-burma-rangers-will-not-allowed-operate-myanmar-military-says.html