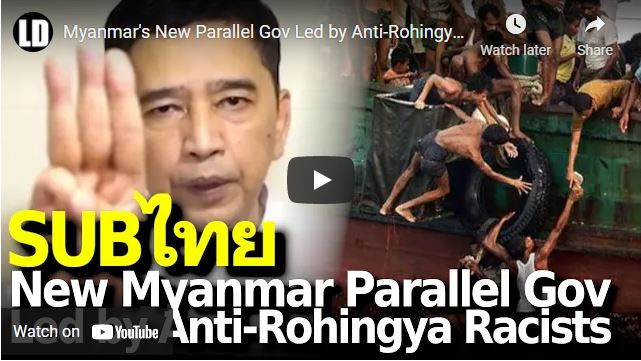 The US-backed opposition in Myanmar has declared a “National Unity Government,” a parallel government to the existing government of Myanmar. It is expected that the US will pressure nations around the globe to recognize it as the legitimate government and begin providing financial and military support to its cause of taking over the country.

However, the man announcing the creation of this parallel government – Min Ko Naing of Aung San Suu Kyi’s National League for Democracy party – is an inveterate racist who proposed deporting the nation’s Rohingya ethnic minority and repeatedly referred to them as illegal immigrants and terrorists.

This is not a “pro-democracy” opposition and it merely uses talk of “human rights” as camouflage – just as other extremist groups the US has attempted to put into power around the globe from Libya to Syria, Ukraine to Venezuela, and Hong Kong to Thailand.