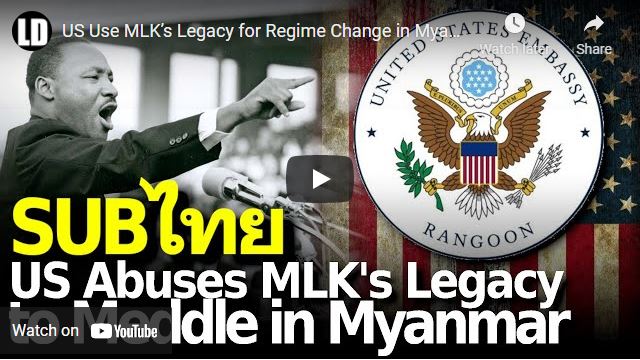 The US embassy in Myanmar drags Dr. Martin Luther King Jr.’s legacy through the mud to help promote US foreign policy and injustice he spent his life opposed to.

I explain just how offensive and unforgivable this propaganda is.