Dangerous Provocations Ahead for Iran 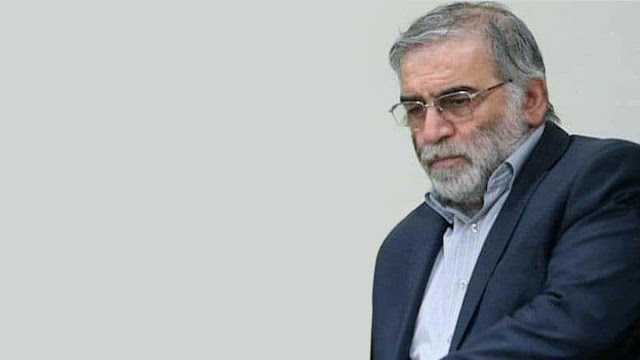 The recent assassination of Iranian nuclear scientist Mohsen Fakhrizadeh has been framed by an almost gleeful Western media as an attempt to ensure incoming US President Joe Biden does not return to the so-called “Iran Nuclear Deal” signed while he was Vice President in 2015.

The story goes that Biden had hoped to return the US back to a prominent leadership role upon the global stage and that making peace with Iran was among his priorities.

There was a rush by the Western media to blame the Israeli government – who in turn appears to be in no rush to discount or disprove these accusations. The purpose of this is to make the US appear uninvolved in the recent escalation. The race to shape public opinion and depict the US as helpless amid growing tensions between Israel and Iran is meant to make any possible US involvement in the near future look uninvited, unplanned, and reluctant on Washington’s part.

However, the goal of undermining and overthrowing the Iranian government has been an obsession for US foreign policy for decades – spanning multiple presidencies including that of Barack Obama’s.

US policymakers have – since as early as 2009 – specifically laid out plans to use these sort of tactics to move the US and its allies further toward conflict with Iran – and to do so in a way to minimize to make Iran – not the US – look like the aggressor.

Those holding their breath, waiting for President-elect Joe Biden to reverse the dangerous course US foreign policy is on forget who – for 8 years as Vice President – helped steer it in this direction in the first place.

While the Obama-Biden administration did indeed sign the Joint Comprehensive Plan of Action (JCPOA) – or the Iran Nuclear Deal – at the same time the US instigated the still-ongoing proxy war against Syria – Iran’s closest regional ally – and a proxy war designed specifically to remove one of Iran’s key allies from the equation before more directly confronting Iran itself. In many ways the US presence in Iraq and its role in the ongoing Saudi war with Yemen also serve this purpose.

The “Iran Nuclear Deal” Was Doomed Years Before it was Signed

Despite the Obama-Biden administration’s seemingly enthusiastic desire for peace with Iran, the JCPOA was doomed before it was ever signed.

The peace overtures made by the US government at that time were purely for show – part of a plan devised years before the deal was even publicly discussed and long before it was ever signed.

The Brookings Institution – funded by the largest Western corporate interests on Earth – in a 2009 paper (PDF) titled, “Which Path to Persia? Options for a New American Strategy toward Iran,” had not only called for the US to disingenuously offer Iran an opportunity to escape from under US sanctions, but admitted that the offer would be deliberately sabotaged by the US and used as a pretext toward further escalation.

…it would be far more preferable if the United States could cite an Iranian provocation as justification for the airstrikes before launching them. Clearly, the more outrageous, the more deadly, and the more unprovoked the Iranian action, the better off the United States would be. Of course, it would be very difficult for the United States to goad Iran into such a provocation without the rest of the world recognizing this game, which would then undermine it. (One method that would have some possibility of success would be to ratchet up covert regime change efforts in the hope that Tehran would retaliate overtly, or even semi-overtly, which could then be portrayed as an unprovoked act of Iranian aggression.)

In a similar vein, any military operation against Iran will likely be very unpopular around the world and require the proper international context—both to ensure the logistical support the operation would require and to minimize the blowback from it. The best way to minimize international opprobrium and maximize support (however, grudging or covert) is to strike only when there is a widespread conviction that the Iranians were given but then rejected a superb offer—one so good that only a regime determined to acquire nuclear weapons and acquire them for the wrong reasons would turn it down. Under those circumstances, the United States (or Israel) could portray its operations as taken in sorrow, not anger, and at least some in the international community would conclude that the Iranians “brought it on themselves” by refusing a very good deal.

Creating the deal, sabotaging it, and using it as a pretext to pursue military aggression against Iran was always the plan – long before the JCPOA was ever signed.

The 2009 Brookings document – at over 200 pages long – also laid out the framework one can clearly see the US and its allies followed ever since it was published – including attempts to remove Iran’s allies – Syria and Hezbollah in Lebanon from the equation – before more direct action could be taken on Iran itself as well as the use of Israel to carry out aspects of the plan the US could not afford to do politically.

In one way or another – virtually everything laid out in  the Brookings document has been implemented or at least attempted.

This most recent escalation was predictable. Recently, articles like ““Biden’s America” Will Continue Pressure on Iran,” noted that peace with Iran was never part of America’s foreign policy – whether it was “Trump’s” America or “Biden’s” America.

All that was required was a provocation and escalation that would appear to “drag” the US “reluctantly” away from allegedly desired “peace” the Western media had claimed Biden prioritized upon coming to office.

With the killing of Mohsen Fakhrizadeh, the dominoes have already begun to fall to that end. Dangerous times lay ahead for Iran and for the Western public who face the possibility of being dragged into another disastrous war – proxy or otherwise – in the Middle East. All that’s left to move this policy forward is a provocation from Iran – a provocation real or staged – the US can cite to involve itself more directly with a compliant Western media eagerly waiting to once again play its role in supporting that involvement.

0 thoughts on “Dangerous Provocations Ahead for Iran”