HOME / WORLD / Will Lula Make a Comeback? Global Imperialists and Resource Extractors Shudder at the Prospect 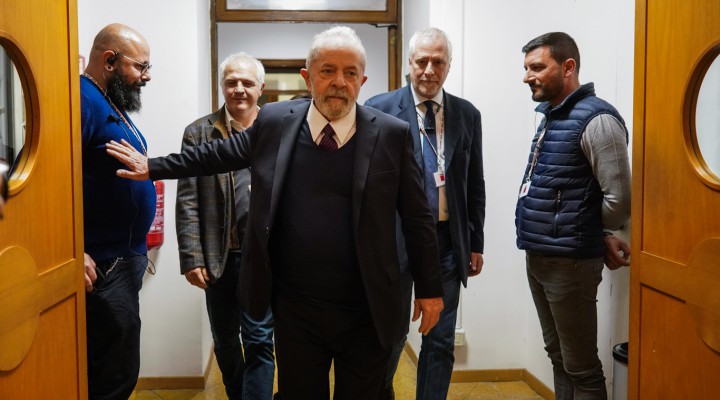 With the potential comeback of Lula da Silva, Brazil may once again be on a path away from fascism and one that puts economic justice and anti-imperialism first.

MPN- Will the world’s sixth most populous country move away from fascism and towards a social democracy putting economic justice and anti-imperialism first once more?

That is the question on Brazilian minds right now, as earlier this month the Supreme Court dismissed all charges against former President Luis Inácio “Lula” da Silva. A colossal figure in domestic and world politics, Lula was falsely convicted of fraud in 2017, and spent more than 18 months in prison, becoming, in the words of renowned academic Noam Chomsky, “the world’s most prominent political prisoner.”

Yesterday, the Supreme Court also ruled that the judge who sentenced Lula, Sergio Moro, made a biased decision. Secret documents show that Moro was actually working with the prosecution to ensure Lula was convicted, paving the way for fascist candidate Jair Bolsonaro to assume the presidency. In a staggering display of quid pro quo, Moro then accepted the job of Bolsonaro’s Minister of Justice.

“There is a sense of elation for [Lula’s] supporters and those that stood by him for so many years,” said Michael Fox, a filmmaker based in the southern city of Florianopolis, who likened following Brazilian politics to a ride on a rollercoaster:

In just a few weeks, Lula’s charges have been annulled and now the once super-star judge Sergio Moro is under formal investigation for judicial bias, a felony charge. It’s a massive turnaround and it can’t be understated.”

“This is victory for democracy. We again have hope of a better Brazil with Lula free,” one jubilant supporter of the former president told Fox. A support of Lula demonstrates outside the Supreme Court in Brasilia, Brazil, March 9, 2021. Eraldo Peres | AP

Lula was the runaway favorite to be re-elected in 2018; just six weeks before the election, polls showed that more than twice as many people intended to vote for him as for Bolsonaro. But the courts ruled that he was barred from running, even from the prison cell Moro put him in, a decision that virtually ensured a Bolsonaro victory. A recent poll found that more than half of Brazil said they would definitely or possibly vote for him in next year’s presidential election, despite the fact he has not yet even made a decision about standing.

“The chances of Lula’s re-election are huge,” Brazilian journalist Nathália Urban told MintPress. “He is still tremendously popular, and is being especially favored in the face of this polarized scenario, which places him as the only one capable of beating Bolsonaro.”

“Bolsonaro is scared. His approval rating is dropping,” Fox noted. “If Lula decides to run, and he is not somehow again blocked from running, like in 2018, he has every chance of winning in 2022.” Fox added that, after a year of Bolsonaro’s downplaying or outright denying the virus that has killed over 300,000 Brazilians, Lula’s freedom has spurred the current president to act more responsibly. Things got so bad at one point last year, armed, criminal gangs chastised Bolsonaro’s recklessness, unilaterally imposing a lockdown in areas under their control. “We want the best for the population. If the government won’t do the right thing, organized crime will,” read an official communique from a group of drug dealers in Rio de Janeiro.

Despite being coy about next year, Lula is behaving as if he is already president, releasing statements urging his countryfolk to wear masks and inviting U.S. President Joe Biden to an emergency coronavirus summit on vaccine equity.

A towering figure in his homeland, the former street urchin and shoe-shine boy turned union leader was elected president in 2002 and served until 2011, leaving office with an 83% approval rating. The economy grew steadily and poverty was halved under his stewardship. While the U.S. was invading Afghanistan and Iraq, Lula declared his own domestic war — against hunger. His signature policy was the Bolsa Família package; a deal whereby mothers were given cash transfers of up to $150 per month if they enrolled their children in school and ensured they were immunized against yellow fever and other deadly diseases. An estimated 50 million people benefited from it. It was policies like these, Urban noted, that built his support among the country’s popular classes.

“Lula’s impact on Brazil and on Latin America cannot be overstated. He dominated politics in both from being first elected as president in 2002, and he continues to dominate Brazilian politics,” said Dr. Barry Cannon, a sociologist from the National University of Ireland, Maynooth, who also noted that, under Lula’s rule, Brazil was “remarkably stable socially and economically.” Lula is carried by supporters a day after he was released from prison in Sao Bernardo do Campo, Brazil. Nelson Antoine | AP

Needing the support of liberals and more centrist forces, Lula was not as radical as many social movements that helped him into power would have liked, and did not challenge U.S. power as directly as other governments like those in Venezuela or Bolivia. But — as Steve Ellner, a retired political scientist from the Universidad de Oriente in Venezuela, explained to MintPress — activists saw his government as a “friendly” administration; one that would listen to them and certainly not repress them in the ways previous governments had done.

Perhaps his most important impact, however, was on international affairs. Lula was one of the leaders of the so-called “Pink Tide” — a wave of Latin American countries that began electing leftist, pro-poor, anti-imperialist governments in the 2000s. By 2011, a large majority of the region was ruled by these forces. Leaders like Venezuela’s Hugo Chavez, Bolivia’s Evo Morales and Ecuador’s Rafael Correa rankled officials in Washington by nationalizing key resources and denouncing capitalism and inequality. Lula was not as radical, but, as leader of the world’s fifth-largest country by area and population, he was arguably the most important.

Using the “divide and rule” tactic, U.S. officials tried to separate “good” leftist leaders (like Lula), who refrained from expropriating resources from Western corporations and pursued more reformist measures from the “bad left” of Chavez, Morales, Correa and Cuba’s Fidel Castro. But Lula would have none of it, openly campaigning for Chavez’s re-election in 2012. “Chavez, count on me, count on the Brazilian Worker’s Party, count on the solidarity and support of each…democrat and each Latin American. Your victory will be ours…and thanks, comrade, for everything you have done for Latin America,” he said in an endorsement speech. Thus, many Pink Tide leaders saw themselves as part of the same struggle against the American-dominated economic and political system, with differences in their policies less about ideology and more about domestic realities.

While not denouncing imperialism openly like the “bad” left, Lula was still a huge check on American ambitions in Latin America, blocking attempts to isolate other states and rejecting a U.S.-supported secessionist movement in Bolivia. Brazil was also a key participant in a number of new regional organizations aimed at replacing discredited, U.S.-dominated ones.

Lula also traveled to Iran independently and convinced president Mahmoud Ahmadinejad to sign a nuclear deal based on commitments the Obama administration had written up. He naively expected President Barack Obama, who had previously endorsed him as “the most popular politician on Earth,” to be delighted. But, instead, Obama tried to stop Ahmadinejad from signing the deal the U.S. had agreed to, shattering the pretense that Washington cared about securing peace in the region. In response to the deal, Obama increased sanctions on Iran and treated Lula, in the Brazilian’s words, as a “persona non grata on the international political stage.”

Globally [Lula] symbolized hope for the left — here was a phenomenally successful leftist politician that everyone seemed to like. It is hard to conceive of the Pink Tide of leftist politics, which dominated Latin America from the turn of the millennium until the coup against Dilma Rousseff, Lula’s successor, in 2016, without Lula. He was its undisputed leader.”

After having secretly wiretapped the Brazilian government for years, the United States government was deeply involved in the phony anti-corruption drive that saw Dilma impeached and Lula jailed. The U.S. Department of Justice secretly attempted to pay the “anti-corruption” taskforce $682 million in kickbacks for its work. Recorded conversations show that Lula’s lead prosecutor described his arrest as a “gift from the CIA,” while FBI agents boasted about their work “toppling governments” in Brazil. President Joe Biden’s advisors told The New York Times that his administration “would seek to revive” the “anti-corruption campaign” pioneered in Brazil and extend it across the region.

If Lula and the Workers’ Party do come back to power, it seems likely that they will stymie many U.S. foreign policy goals, including isolating Venezuela, China and Russia. Yet Bolsonaro has proven so incompetent a leader and manager that both Ellner and Cannon believe that many in Washington will at least attempt to work with Lula, trying to move him to a more moderate position. However, the currently deeply divided political climate in Brazil does not bode well for centrists, as Ellner explained:

Most likely, the 2022 elections will be polarizing, which means that more ‘moderate’ candidates will be shunted aside. In that case, it is unlikely that the Washington establishment will distance itself much from Bolsonaro or manifest any sympathy for the Workers’ Party candidate. 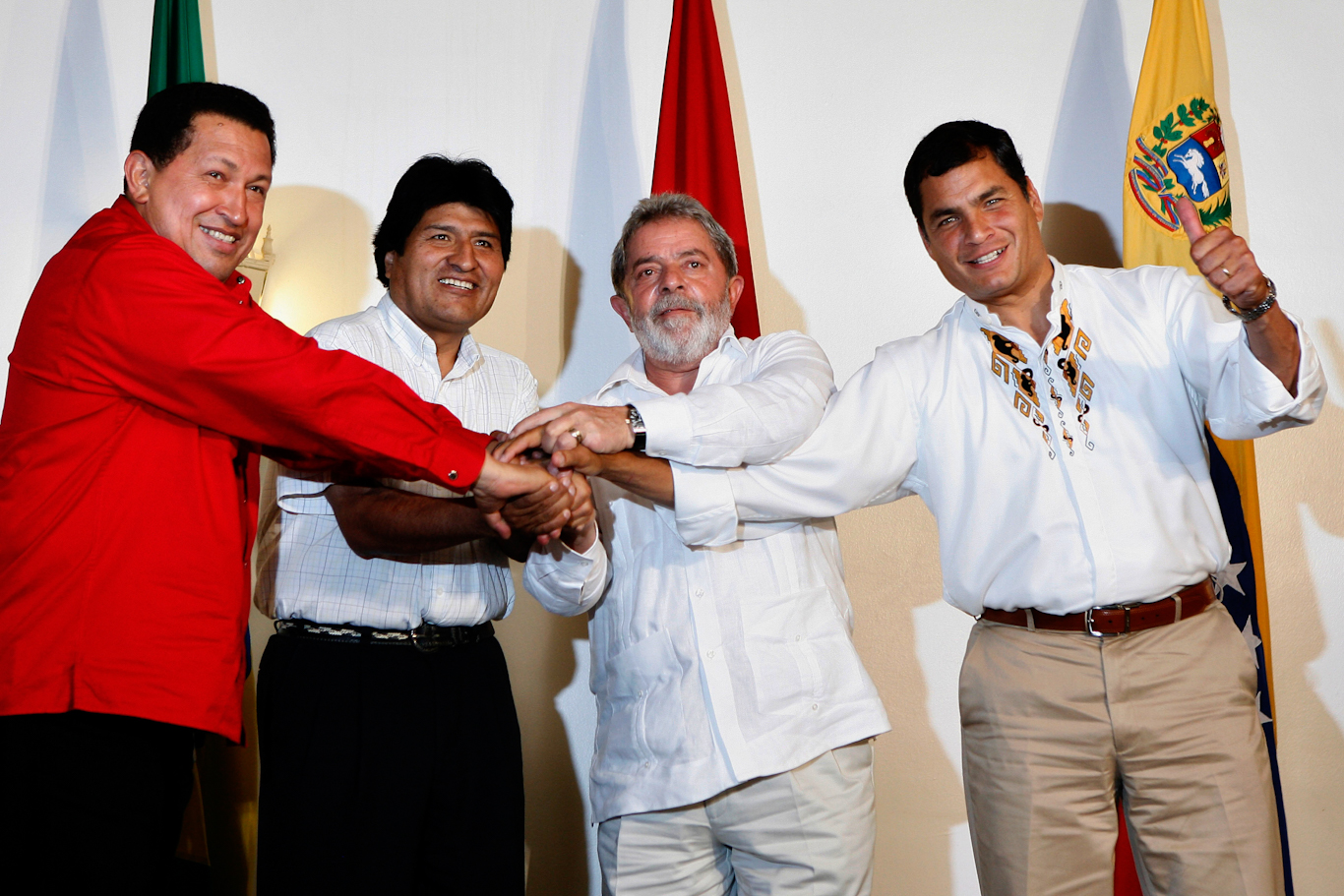 Certainly, the investor class is not happy at the prospect of a return to the rule of the Workers’ Party: on the news of the annulment of Lula’s charges, the Brazilian stock exchange plunged by 4%; Reuters told its business readers that his release would have “dire consequences.” Presumably not for Brazilians, but for asset prices, as Bolsonaro’s “market-friendly economic reform agenda” (a euphemism for the firesale of state assets, huge cuts to public sector wages and pensions, and tax breaks for the wealthy) would come to an end.

However, the news that Lula is finally free has many across the region hoping for a better future. While Lula led the rebel alliance in the 2000s, the empire struck back in the 2010s, with many conservative or reactionary governments coming to power, often with the help of U.S-backed coups, dark money or lawfare tactics, as seen in Brazil. However, with the election of Andres Manuel Lopez Obrador in Mexico and Alberto Fernandez in Argentina, the defeat of the Bolivian coup, and the likely imminent return of progressive forces in Ecuador, there is a new hope across Latin America and beyond.

“If Brazil turns left again, especially with Lula in power, it will galvanize the left in the region once again,” Cannon stated, noting that a friendly Brazil would give its neighbors breathing space to grow independently while warning that the country desperately needs to find new political leaders younger than the 75-year-old former steelworker and that the region has to look beyond extractivism as the basis of the economy. “[Lula’s] election will be a godsend for the multipolar world” Ellner added.

0 thoughts on “Will Lula Make a Comeback? Global Imperialists and Resource Extractors Shudder at the Prospect”