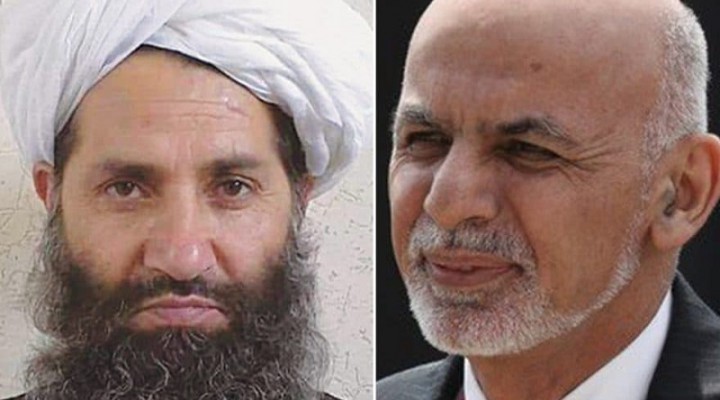 The perfect storm for another regional humanitarian crisis is brewing with unpredictable consequences for all stakeholders. The situation doesn’t seem like it’ll improve anytime soon considering the challenging dynamics.

The Afghan peace process is at a pivotal point ahead of the upcoming Doha talks and the US’ planned military withdrawal from the country by the end of the month. The Extended Troika comprised of both warring Afghan parties, America, China, Pakistan, and Russia is the premier platform for facilitating this process. Russian Special Presidential Envoy to Afghanistan Zamir Kabulov earlier invited India to participate but only on the condition that it has influence over the two warring Afghan parties. Since New Delhi thus far refuses to enter into public talks with the Taliban, it’s unable to join the Extended Troika. Mr. Kabulov also recently expressed regret that Iran declined to participate as well due to its well-known ideological and political differences with the US.

The Extended Troika’s non-Afghan parties are in favor of a compromise solution to the country’s conflict, but they differ over the details. Russia has recently come along to embracing Pakistan’s long-held proposal for an interim government where power is shared between Kabul and the Taliban. Moscow’s decision is predicated on its calculation that the Taliban are too powerful to ignore, no longer embrace international terrorism despite still being designated as a terrorist group by the Russian authorities, and could advance the country’s regional security interests if it fights against ISIS-K and other such groups. The US, for its part, supports a vague compromise between both parties, as does China. All four countries have growing political ties to the Taliban.

These diplomatic dynamics pose challenges for the Afghan peace process. India’s and Iran’s voluntary exclusion from the Extended Troika due to their respective policies is unfortunate since the former has significant economic stakes in Afghanistan and is very close to Kabul while the latter has serious security and socio-cultural ties there which could be leveraged to exert positive influence over the peace process. The general trend of the Extended Troika’s non-Afghan members favoring some sort of compromise to the country’s conflict also puts pressure on Kabul, which while still talking to some members of the Taliban, continues to insist that the group is a terrorist organization that’s also supported by similar such foreign groups.

The impending American military withdrawal was a game-changer and came unexpectedly for many. Observers predicted that US President Joe Biden wouldn’t go along with his predecessor Donald Trump’s plan to leave Afghanistan after his country’s February 2020 deal with the Taliban. The incumbent surprised many by his decision, which he claims was due to simple pragmatism even though some suspect that it’s really driven by a desire to redeploy the US’ military forces to the Asia-Pacific for the purpose of more effectively containing China. Whatever the real motivations might be, this move emboldened the Taliban, which has been on a nationwide offensive over the past few months even though Russia regards it as “running out of steam”.

Officially speaking, neither Kabul nor the Taliban are in favor of a military solution to the war, but some doubt the latter’s sincerity after its recent offensive and the alleged war crimes that it’s accused of committing during the course of this ongoing campaign. Still, others have a point in claiming that the Taliban would be unable to take control of Afghanistan’s main cities and hold them. It appears as though the group is trying to increase its leverage ahead of the upcoming Doha talks, perhaps by placing itself in a position to wage siege warfare against some cities so as to pressure Kabul into complying with its political demands to grant it what US Special Representative for Afghan Reconciliation Zalmay Khalilzad recently described as “the lion’s share of power”.

Given the historical precedent established during the 1990s, there are widespread concerns that the return of Taliban rule to Afghanistan whether in whole or in part depending on the details of whatever compromise agreement might possibly be reached could lead to a rollback in human rights among women and minorities. Nevertheless, the international community at large doesn’t seem willing to do much to ensure their safety, which puts additional pressure on Kabul. Compounded with the on-the-ground consequences of the US’ military withdrawal, Russia’s embrace of Pakistan’s plan for an interim government, and India’s and Iran’s voluntary exclusion from the Extended Troika, the overall trend is tilting in favor of the Taliban.

Under these conditions, Kabul might ultimately be forced to compromise more on its interests than it had intended to. Any lopsided peace deal would further embolden the Taliban with time and likely pave the way for its eventual return to power, which might provoke further conflict within the country from disaffected groups who fear a return to the brutal 1990s. Unlike then, however, it’ll be difficult for foreign forces to support anti-Taliban armed groups because of the organization’s newly established control over some key border crossings. Its cautious welcoming into the international community also suggests that few want to perpetuate the conflict and are instead reconciling themselves ahead of time with recognizing the Taliban as a legitimate political force.

Whether it intended to or not, the US has made everything even more difficult for average Afghans who want to flee from their homeland in the face of such an uncertain future by promulgating a policy whereby it’ll only process such resettlement requests from third countries. The perfect storm for another regional humanitarian crisis is brewing with unpredictable consequences for all stakeholders. The situation doesn’t seem like it’ll improve anytime soon considering the challenging dynamics. To the contrary, it appears set to worsen, especially given the trust deficit between Kabul and the Taliban as well as the Extended Troika’s tacit support for the latter. Everything seems to hinge on whether or not the Taliban will behave responsibly as promised.

Turkey is straddling a fine line between being friend or foe to the US, EU, and NATO