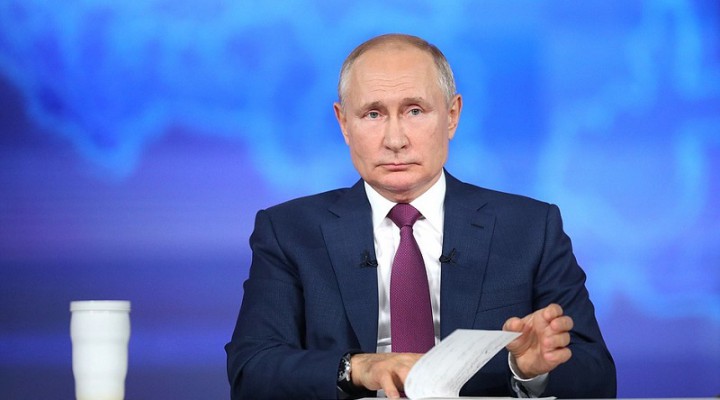 The world can learn a lot from President Putin’s leadership style and approach to tackling today’s key issues.

Russian President Putin held his yearly Direct Line question and answer session with the Russian people on Wednesday which lasted for nearly four hours this time. He covered topics as important as COVID-19, foreign and domestic affairs, and the climate. Regarding the first-mentioned, the Russian leader revealed that he took the Sputnik V vaccine and felt no serious side effects, imploring his compatriots to follow his lead and get vaccinated as soon as possible in order to stop the pandemic. He also explained that some regional governments’ mandatory vaccination policies for certain categories of citizens are legal per a 1998 law.

Nevertheless, he’s against a blanket mandatory vaccination policy for the entire country. President Putin also very loudly condemned those who question the prevailing scientific consensus about COVID-19, dismissing their views as “nonsensical’. Everyone, he said, should listen to experts and ignore all the conspiracies about the pandemic. Furthermore, he said that those who are printing fake COVID-19 vaccination certificates in his country are committing a very dangerous crime that threatens the entire public’s health. He warned those criminals that law enforcement is aware of their activities and will take all measures to stop them.

On the topic of foreign affairs, President Putin reaffirmed that the Russian and Ukrainian people are fraternal but decried Kiev’s hostile policies, including its parliamentary moves to regard Russians as a non-native people to that country in contravention of basic historical facts. He also lamented that President Volodymyr Zelensky surrendered Ukraine’s sovereignty to France, Germany, and the US. The recent incident with the British Navy in the Black Sea off the Crimean coast was dangerous but didn’t threaten to lead to World War III. That’s because President Putin said that everyone knows that Russia would win since it would be defending its territory.

He also spoke more broadly about the West too. The Russian leader said that unipolarity is over and that while the US and EU understand this, they’re still conspiring to cling to their monopoly over the world. That, however, is doomed to fail. The most prominent example that he mentioned as proof of his prediction is China’s astronomical economic rise over the past three decades. In 1991, its GPD was 20% of the US’, but nowadays it’s 120%. This led President Putin to conclude that China is actually more progressive and developed than the US. He therefore hopes that the West will finally accept this, change its attitude, and behave responsibly.

In terms of domestic affairs, the Russian leader spent the vast majority of his interactive session talking about a plethora of relevant issues. These include rising costs, infrastructure problems, and local complaints. What’s important for the international audience to pay attention to is how much knowledge he commands about his country from simple memory without the need for notes, rattling off pertinent policies and statistics in such a way which confirms how much time he spends thinking about his people’s needs. He exudes confidence and puts many Western leaders to shame by comparison, most of whom have never held such interactive sessions.

The climate was the last of the general themes that he covered. Although President Putin didn’t pay all that much attention to it, what he said was nonetheless very significant. He promised to build more air controlling and monitoring stations in order to promptly respond to pollution concerns. The Russian leader also reminded everyone that his country fully abides by all of its international obligations and sometimes even does more than the EU does. Climate change can be very threatening for Russia, especially its northern regions where there are many settlements built on permafrost, which is why he’s taking this issue extremely seriously.

To wrap it all up, President Putin put on a very impressive display while speaking to his people on live television for nearly four hours. The main takeaways were his passionate insistence that everyone gets vaccinated and his powerful condemnation of COVID-19 conspiracy theorists. He also shared some useful insight about how the West sees International Relations. The Russian leader should also of course be applauded for how interested he is in taking care of his people’s many needs as well as his sincere devotion to fighting climate change. All told, the world can learn a lot from President Putin’s leadership style and approach to tackling today’s key issues.