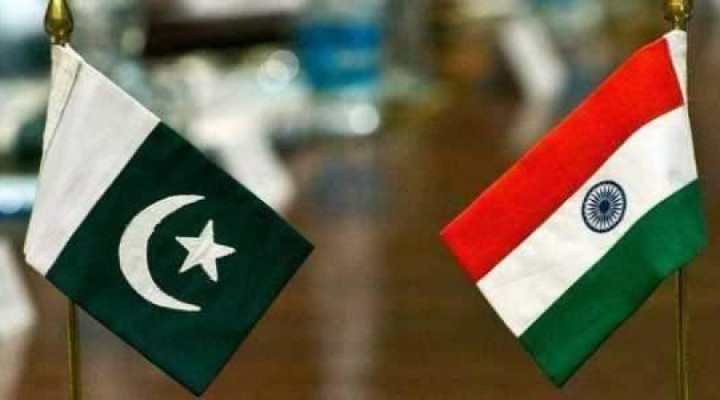 One of the major outcomes of the connectivity meeting on Friday was the formation of a new bloc involving Pakistan, Afghanistan, Uzbekistan and the US.

One of the major outcomes of the connectivity meeting on Friday was the formation of a new bloc involving Pakistan, Afghanistan, Uzbekistan and the US. Though officially the US termed the block as a pre-requisite to improved connectivity in the region, it has far flung implications in the region, especially for India.Russia-based American analyst Andrew Korybko said the block gives the view that Pakistan’s version of multi-alignment is more successful than India’s. “It makes the US a stakeholder in Pakistan’s stability, which could lead to America putting pressure on India not to destabilize its rival through proxy. Islamabad accuses India of doing so despite New Delhi’s consistent denial,” he said.

In a statement announcing the formation of the block on Friday, the US said the leaders agreed that long-term peace and stability in Afghanistan were critical for regional connectivity and that peace and regional connectivity were mutually-reinforcing. Washington could also have kept the Pakistan-Afghanistan-Uzbekistan railway line in mind while agreeing to form the ‘new quad’ to push its economic interests in the Central Asian Republics.

Apart from India, some other major countries which will feel the implications of the block include Russia and China. A former diplomat said the formation of the ‘new quad’ was done keeping in mind China’s intentions to extend the Belt Road Initiative to Afghanistan. “If China manages to extend the BRI to Afghanistan, it can use Kabul as a strategic point to spread its influence across the world,” he said and added that it could help Russia in attaining its long-cherished goal of spreading its wings in the Indian Ocean region.

Here is the full text that Andrew Korybko sent to The New Indian Express’ Pushkar Banakar in response to his inquiry about Korybko’s thoughts on the newly established US-Pakistan-Afghanistan-Uzbekistan framework.

The newly established US-Pakistan-Afghanistan-Uzbekistan framework is the embodiment of Pakistan’s multi-alignment policy of balancing between Great Powers. It complements the 2016 Quadrilateral Cooperation & Coordination Mechanism (QCCM) with itself, Afghanistan, Tajikistan, and China, as well as its recent outreaches to Russia.

The US wants to use the Pakistan-Afghanistan-Uzbekistan (PAKAFUZ) railway that was agreed to in February to expand its economic influence into post-withdrawal Afghanistan and the Central Asian Republics (CARs), while Russia wants to use it to attain its centuries-long strategic goal of reaching the Indian Ocean Region (IOR).

Meanwhile, last month’s virtual Foreign Ministers meeting between the top Chinese, Pakistani, and Afghan diplomats saw Kabul agreeing to rely more on BRI and in particular CPEC’s Gwadar. Beijing is also naturally in support of PAKAFUZ since it essentially functions as the northern branch of CPEC (N-CPEC+).

Through these means, Pakistan is making good on its new grand strategy of geo-economics that its political, diplomatic, and military leadership jointly unveiled during March’s inaugural Islamabad Security Dialogue. Instead of pursuing zero-sum geopolitical gains, it wants to advance win-win geo-economic ones that bring together all stakeholders.

This has serious implications for India. Firstly, it shows that Pakistan’s version of geo-economically driven multi-alignment is much more successful even in its first few months than India’s geopolitically driven version has been over the past decade.

Secondly, it makes the US a stakeholder in Pakistan’s stability, which could lead to America putting pressure on India not to destabilize its rival by proxy like Islamabad accuses it of doing despite New Delhi consistently denying this.

Thirdly, the US’ regional economic focus might shift from India to Pakistan. The US and India failed to reach a comprehensive trade pact despite years of negotiations, yet now the US is signaling that it might prefer Pakistan as its base of regional economic investments instead due to PAKAFUZ’s access to the CARs.

It should be remembered that Pakistani Prime Minister Imran Khan’s summer 2019 summit with Trump saw the former US leader promise to drastically scale up bilateral economic relations. It appears as though Biden is serious about following up on this important element of his predecessor’s policy.

America is interested in repairing its relations with Pakistan because Islamabad is the key to peace in Afghanistan. It also provides access to the CARs via PAKAFUZ. Moreover, the US wants to balance Chinese investments there in order to prevent Pakistan from falling too closely into Beijing’s orbit.

By contrast, the only real interest that the US has in India is to exploit it as a proxy for “containing” China through zero-sum military means. This places India at serious risk if US-encouraged tensions with China once again soar but America abandons it as part of a “backroom deal” with Beijing.

Pakistan, meanwhile, wants the US and China to engage in a friendly form of “competitive connectivity” which will only bring tangible economic benefits to its own people without any of the risks that India’s US-backed zero-sum military competition with China entail.

Faced with this growing strategic predicament, India should seriously consider recalibrating its multi-alignment away from its former and arguably failed geopolitical basis and more towards replicating the geo-economic example set by Pakistan. The first step is to comprehensively enhance economic relations with Russia.

That’s already a plan in progress as the two cooperate on the Vladivostok-Chennai Maritime Corridor (VCMC) and North-South Transport Corridor (NSTC). India must also make progress on reaching a trade deal with the Russian-led Eurasian Economic Union (EEU). Moreover, India should give privileged incentives to Russian investors in order to diversify economic ties away from their present dependence on arms and natural resources.

At the same time, India should also more responsibly manage its relations with China by not allowing itself to continue being influenced by the US, which it certainly can’t trust any longer after America just clinched this quadrilateral economic-political pact with Pakistan. If any third party is to influence Indian-Chinese ties, it must only be their mutual trusted Russian one which solely wants peace and stability between them, not rivalry and war like the US does.

That doesn’t mean that India should move away from the US, but just that it must take the prescribed steps in order to improve its strategic negotiating leverage so as not to be exploited by America as that country’s proxy against China at the possible expense of its own national interests.