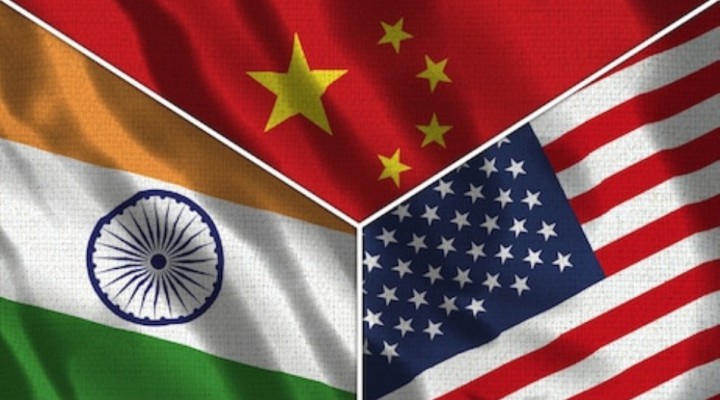 Exclusive- The 13th round of talks between China and India failed to resolve the dispute over their mutual frontier.

The People’s Republic blamed its counterpart’s unrealistic and unreasonable demands but expressed hope that India will not misjudge the situation. Military relations still remain tense after last summer’s clash in the Galwan River Valley despite trade between the two increasing since that time. Observers thought that the latter development would have encouraged India to pragmatically compromise with China on their security issues, but that didn’t happen, which prompted many to wonder why that was.

From all indications, it appears as though the Indian military is still operating under the influence of its new American ally despite the business community being much more independent in how they conduct their affairs. Some American strategists ever since the the rule of former US President Donald Trump wrongly believe that India can be exploited as a proxy to “contain” China. The means through which they advance this policy is to externally exacerbate sensitive preexisting differences between them, particularly over their shared frontier. The Pentagon hopes that this can influence the Indian military to remain obstinate towards resolving the issue.

Another mean that’s employed to this end is the Quad. This is an emerging US-led military bloc comprised of those two countries, Australia, and Japan. Although it officially claims to not be aimed against any third country, most observers agree that its raison d’etre is to aggressively “contain” China. The evidence in support of this conclusion are the four so-called “foundational agreements” between the American and Indian armed forces over the past couple of years. These set the basis for closer interoperability and the sharing of anti-Chinese intelligence. American arms exports to India have also increased during this time as well.

The problem is that it isn’t objectively in India’s interests to allow itself to be exploited as a proxy for “containing” China. Its armed forces are no match for the People’s Liberation Army (PLA), as proven by last year’s clashes in the Galwan River Valley. The Indian economy is mutually complementary with the Chinese one, hence why both countries’ business communities have expanded their ties despite the ongoing US-backed military tensions between them. On the topic of the economy, India’s is still struggling due to some systemic issues which hamper its competitiveness. It requires more investment in order to reach its full potential.

The Stockholm International Peace Research Institute’s report from early 2021 titled “Trends In International Arms Transfers, 2020” examined the volume of international transfers of major arms in 2016-2020 and concluded the India was the world’s second-largest importer. While some of this procured equipment might predictably be used to improve India’s military positioning vis-a-vis Pakistan, the rest of it can also be used against China. India would do better investing in its economy instead of saber-rattling against its neighbors, especially China. It’s being pushed by the US and its fellow Quad allies into provoking China.

The solution to their frontier issue must be political, but it also has to be realistic and reasonable. India shouldn’t disrespect China by making unrealistic and unreasonable demands that it knows Beijing will never accept. New Delhi is emboldened by Washington’s support for its obstinate stance due to the false impression that its military leaders have that the Pentagon will defend them in any potential large-scale clash with Beijing. That notion was always false and nothing but an information warfare narrative concocted by the US’ perception managers in order to appeal to anti-Chinese hawks in the Indian Armed Forces.

America’s abandonment of its allies in Afghanistan despite having invested an astronomical $2 trillion into the nearly two-decade-long war there proves that the US will also abandon its Indian ally in the event that it succeeds in provoking a resolute military response from China. India must wake up to the reality that it’s being influenced by foreign forces into undertaking counterproductive policies that put its security at risk. It needs to soberly reassess the balance of military forces with China, the strategic situation between them, and its own objective interests in order to realize the necessity of pragmatic and balanced compromises with China.