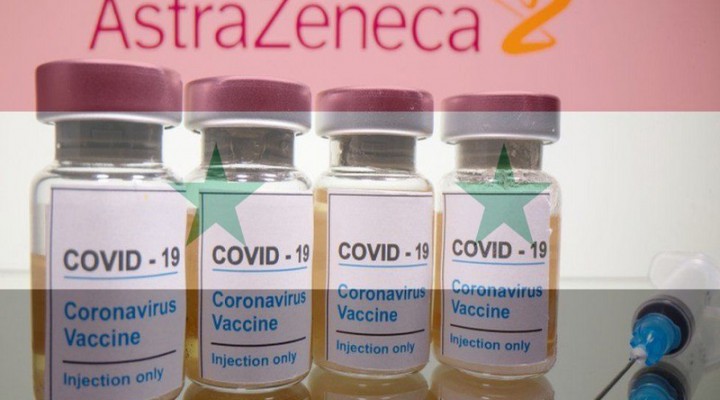 Exclusive– The UN’s dispatch of 200,000 AstraZeneca COVID-19 vaccines to Syria and the WHO’s subsequently announced plans to vaccinate 20% of the population with this drug by year’s end should prompt five thought-provoking questions from the Alt-Media Community.

A significant share of the Alt-Media Community is skeptical of the official narrative being pushed about COVID-19’s contagiousness, lethality, and the effectiveness of most Western vaccines produced to protect people from this virus. They’re also mostly in support in Syria’s democratically elected and legitimate government that’s been victimized by the over decade-long Hybrid War of Terror that was unleashed against it by hostile foreign forces. This makes it very difficult for some of them to reconcile their passionate support for these two causes with the fact that Damascus has been taking the COVID-19 pandemic very seriously all along, like I wrote about last year in response to the claims spread at the time by some key influencers that the country wasn’t going along with the official narrative about this disease.

To be clear, I was neither condemning nor endorsing this approach, but simply raising awareness about it in order to counteract the false claims that were being spread. My assessment has since been proven correct by a recent development that might not receive much, if any, coverage in the Alt-Media Community because of how powerfully it contradicts the inaccurate narrative that was earlier being pushed. That’s the UN’s dispatch of 200,000 AstraZeneca COVID-19 vaccines to Syria and the World Health Organization’s (WHO) subsequently announced plans to vaccinate 20% of the population with this drug by year’s end according to RT. This was probably a shock for those who are both skeptical of the official COVID-19 narrative but also strongly support the Syrian government seeing as how Damascus just discarded their concerns about that vaccine.

It’s been widely reported, including by RT, that AstraZeneca’s COVID-19 vaccine has been responsible for causing blood clots in some of the people who received that shot. Denmark also completely halted use of this drug earlier in the month. Furthermore, some of the key influencers in the Alt-Media Community who passionately support Syria have also done a lot of work raising awareness on social media about AstraZeneca and other Western vaccines’ reported side effects. Their arguments are compelling and deserve to be considered by all those who are interested in these subjects. The latest development therefore puts them in a dilemma since they’re naturally loath to even constructively critique Syria lest they be wrongly accused of jumping on the Mainstream Media’s bandwagon yet the country just totally discarded their vaccine concerns.

In The Interests Of Integrity

It remains to be seen whether they’ll have the professional integrity to remain consistent in their vaccine activism and therefore openly discuss their qualms about Damascus’ planned use of AstraZeneca’s vaccine to inoculate a fifth of the Syrian population by year’s end or if they’ll instead completely ignore it just like they pretend that the similarly “politically inconvenient” facts surrounding the S-300s simply don’t exist because they also go against the Alt-Media Community’s prevailing narrative about the country. It’s no longer possible to credibly claim that Syria doesn’t support the global mainstream narrative about COVID-19 after it agreed to receive 200,000 AstraZeneca vaccines against that virus and is going along with the WHO’s plans to vaccinate 20% of their population with it despite the reported side effects that some have experienced.

What Mistakes Were Made?

This means that one of the Alt-Media Community’s two most important narratives isn’t all that accurate: either Western COVID-19 vaccines and especially AstraZeneca’s aren’t as dangerous as some thought or Syria isn’t fighting against all aspects of the so-called “New World Order” like many were previously convinced of. Either of these possible conclusions raises a lot of questions about activists’ prior and usually well-researched work on both topics, especially when it comes to those influential ones who’ve published a lot about each of them over the past year. Something clearly isn’t adding up, and they must have gotten something wrong about at least one of them somewhere down the line, which should hopefully prompt some deep soul-searching and ideally inspire them to openly admit this to their audience since the latter places so much trust in them.

Without taking a side in this debate and with only the intention of inspiring a respectful conversation about these now-interconnected topics that prompt such passionate responses from the majority of the Alt-Media Community, here are five thought-provoking questions for everyone to consider if they’re sincere in their search for truth. I personally believe that both topics are a lot more complex than the Alt-Media Community usually simplifies them as being when it comes to their black -and-white narratives, especially those key influencers who cover both of them. It’s certainly possible for two “politically inconvenient” explanations to simultaneously exist: Western vaccines might not be as dangerous for the vast majority of those that take them while Syria might also not be fighting against the “New World Order” to the extent that many thought.

Here are the five most thought-provoking questions for everyone to consider:

It’s up to everyone to learn whatever lessons they want from Syria’s voluntary acceptance of 200,000 AstraZeneca COVID-19 vaccines from the UN and its government’s support of the WHO’s plans to inoculate 20% of its population with them by year’s end. This seemingly unexpected development suddenly shattered at least one of the two most prominent narratives that have been promulgated by the Alt-Media Community. These are the widespread skepticism of the official story about COVID-19 and its associated vaccines (especially Western ones), and the belief that Syria is fighting tooth and nail against the “New World Order” on every front (with the former narrative nowadays being considered the main thrust of this shadowy scheme). It’s no longer possible to reconcile the two, so which of them do you think is less accurate now and why?