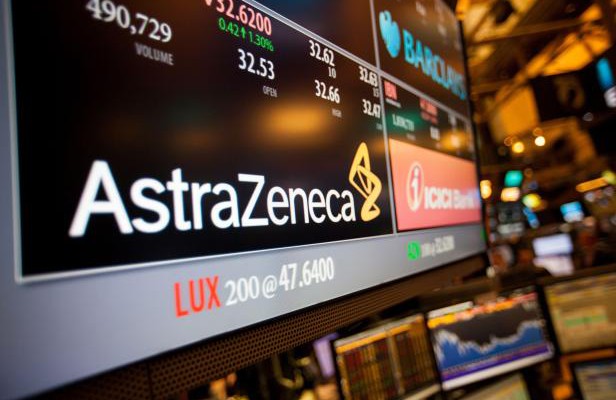 Editor’s Note: While this article was originally written in regards to AstraZeneca’s partnership with Thailand, the information applies to anyone in the world exposed to AstraZeneca’s products including – and especially – the incredibly dangerous roll-out of its COVID-19 vaccine.

A criminal foreign pharmaceutical giant found guilty in multiple cases of corruption should not be trusted to produce a safe or effective vaccine for COVID-19 – not for the West and certainly not for Thailand. Better partners need to be found.

This is despite the vaccine not only not having passed clinical trials or having been determined to be safe or effective yet – but despite AstraZeneca’s long history of corruption, bribery, and the overall danger of Western pharmaceutical giants who use lobbying to push dangerous, unnecessary products past regulators and onto the public.

CNN has obtained an internal safety report by pharmaceutical giant AstraZeneca that sheds light on the neurological condition suffered by one of the participants in its coronavirus vaccine clinical trial.

The report details how the study volunteer, a previously healthy 37-year-old woman, “experienced confirmed transverse myelitis” after receiving her second dose of the vaccine, and was hospitalized on September 5.

While both AstraZeneca and Western regulators dismissed the incident – it is not certain whether this is because the condition was truly unrelated to the ongoing vaccine trial – or because AstraZeneca simply bribed regulators to ignore it.

It is unclear because AstraZeneca along with the entirety of the Western pharmaceutical industry are notoriously corrupt and each investigated and fined multiple times around the globe for massive bribery campaigns aimed at everything from boosting sales, to having dangerous products approved for sale, to money paid to close investigations into their business practices or the dangers their products present to the public’s health.

AstraZeneca is Guilty of Multiple Cases of Corruption and Bribery

AstraZeneca – developing its candidate for a COVID-19 vaccine with billions in US government funding – is guilty – not suspected of or accused of – but guilty of bribery in multiple countries and has been fined by the US government itself.

Reuters in its article, “AstraZeneca to pay $5.52 million to resolve SEC foreign bribery case,” would report:

U.S. regulators said on Tuesday that AstraZeneca Plc (AZN.L) will pay $5.52 million to resolve a foreign bribery probe into improper payments by its sales and marketing staff to state-employed healthcare officials in China and Russia.

Sales and marketing staff in those countries as far back as 2005 provided gifts, conference support, travel, cash and other benefits to the state-employed healthcare providers to buy or prescribe the company’s products, the SEC said.

More than 100 veterans last year filed a bombshell lawsuit against several drugmakers, alleging they financed terrorism by paying bribes to win contracts with the Iraqi Ministry of Health. Now, the Department of Justice is investigating similar claims, according to an AstraZeneca securities filing that says it’s part of the probe.

Illustrating how AstraZeneca’s corruption is hardly an isolated case among the Western pharmaceutical industry – it  was being probed alongside two other pharmaceutical corporations working on US government-funded COVID-19 vaccines including Johnson and Johnson and Pfizer.

According to the US Department of Health and Human Services’ official website, AstraZeneca has already received $1.2 billion in funds from the US government for its COVID-19 vaccine candidate. It – like others involved in the US-funded campaign – will profit whether or not their vaccines are safe, work, or are even produced.

Legal measures have been put in place to protect pharmaceutical giants like AstraZeneca from lawsuits that will arise if their COVID-19 vaccine fails to work, or even harms the health of those given it.

AstraZeneca’s COVID-19 vaccine rewrites genetic information in human cells – and would be the first and widest distribution of such technology. This is an unimaginably reckless rollout for what is completely unproven technology with no long-term studies on safety available because no such technology has been used before or on such a large scale.

Considering AstraZeneca’s criminal background – no corporation could be less qualified or less trustworthy to rollout such a risky product.

Surely there are other alternatives for Thailand [and any other nation] regarding COVID-19 vaccine programs – the nation itself having had fewer than 60 COVID-19 related deaths in the many months the virus has been circulating through the global population. And surely there are better partners Thailand can find – partners without criminal records or a history of dangerous impropriety for something as important as human health.

The Thai public will most likely need to get involved and raise the issue because those involved in creating this “partnership” with AstraZeneca – like in the many other countries AstraZeneca and other Western pharmaceutical corporations operate – likely did so because of personal gain and certainly not based on AstraZeneca’s nonexistent credibility.

0 thoughts on “WARNING: COVID-19 Vaccine Partnership with AstraZeneca a Threat to Public Health”