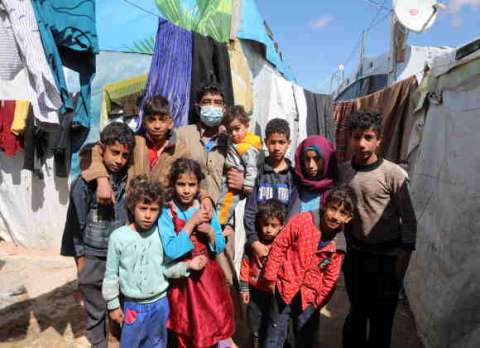 The worst may be over, but the road to recovery remains long and hard

This week marks the tenth anniversary of the start of ‘the events’ in Syria. Some of the opposition and its supporters call it the revolution. Others a conspiracy aimed at destroying their country and tearing it apart, throttling its army and toppling its regime, just as in Iraq.

The leaked Hillary Clinton emails made clear the US was intent on manipulating the ‘Arab spring’ uprisings to get rid of regimes hostile to Israel, recruiting thousands of fighters and other operatives and weaponizing political Islam for the purpose.

The recruitment was not confined to armed jihadis. Hundreds of millions of dollars were spent on luring senior Syrian officials — from generals in the army and security forces to ambassadors and diplomats — to defect. One former prime minister was paid $50 million to join the opposition, as testified by the go-between who arranged the transaction and others like it.

Senior clerics, including Islamic scholars with great fame and influence in the Arab and Islamic worlds, were also brought into the campaign. They made impassioned pleas for jihad in Syria and the closure of the country’s embassies while saying nothing similar about the Israeli occupation state. Who can forget their fatwas branding millions of Syrians as apostates, deserving of death, because they belong to different religions or denominations?

It is striking that most of the Arab states targeted for ‘revolution’ – like Iraq, Syria, Egypt, Yemen and Tunisia — were non-sectarian and enjoyed a measure of religious and ethnic pluralism, with populations strongly supportive of resistance to Israeli occupation and governments generally opposed to destructive US interventions in the region.

As in Iraq, hundreds of millions of dollars were poured into the process of preparing the ground for regime-change in Syria, including the establishment of media outlets, over a period of years.

Former French foreign minister Roland Dumas was the first to blow the whistle on this when he revealed in June 2013 that as far back as 2007 the British had proposed collaboration on a scheme to depose the Syrian regime.

Right from the start, then Israeli prime minister Ehud Barak declared in March 2011 that Israel must work with the Syrian opposition to bring down the regime, a theme repeatedly echoed by foreign minister Avigdor Lieberman.

In May 2011, Burhan Ghalyoun, president of the Syrian National Council, the first Syrian opposition coalition set up in Doha, spelt out the plans of the ‘revolution’ to The Wall Street Journal. He said the first thing the ‘revolutionaries’ would do once in power would be to sever ties with Iran, Hezbollah and Palestinian groups and abandon claims to sovereignty over the (Turkish-controlled former Syrian) province of Alexandretta.

Qatar’s then foreign minister Sheikh Hamad Bin-Jasem did historians a service by disclosing that his country spent hundreds of millions of dollars sponsoring armed groups in Syria, every cent spent in coordination with the US, and offered Syrian President Bashar al-Asad $15 billion if he would break with Iran. He memorably lamented that Qatar and Saudi Arabia had “fought over the prey” in Syria and thereby allowed it to escape.

Oil and gas was, and remains, a significant factor. Syria had refused to provide access for a Qatari gas pipeline to Turkey and onto Europe which would compete with Russian gas, and awarded oil and gas exploration contracts to Chinese and Russian rather than American or Western corporations. If it had been left in peace, Syria’s oil and gas income would have quickly risen to tens of billions of dollars annually.

Indeed, most of the Arab states subjected to Western military intervention – Iraq, Libya and Yemen – were rich in oil and gas reserves. Trump reaffirmed this priority when he justified keeping a US military presence in Syria in terms of controlling the country’s oil and gas wells and denying the Syrian state their proceeds, after having spent billions of dollars on failed regime-change plans.

The Syrian army has held fast these past ten years, sometimes fighting on dozens of fronts at once, preserving the state and restoring its control over 70% of the country’s territory. It is confident of recovering the remainder with the support of its allies.

This is not to deny the horrific human rights violations that have occurred. The security forces have made atrocious mistakes and committed terrible excesses and abuses against opponents. The leadership also misjudged the scale and nature of the conspiracy it faced, including the collusion of former friends like Turkey.

It has yet to foil it completely and faces many challenges that continue to threaten the state: not just the Turkish occupation of the northwest and the US-backed Kurdish takeover of the northeast, but above all the daunting challenge of political and material reconstruction. After all the destruction, pain and suffering. a new Syria based on national reconciliation, democracy, equality and social justice must be built for the country to recover, regain its strength and return to its rightful place in the region.

0 thoughts on “Syria’s decade of horror”