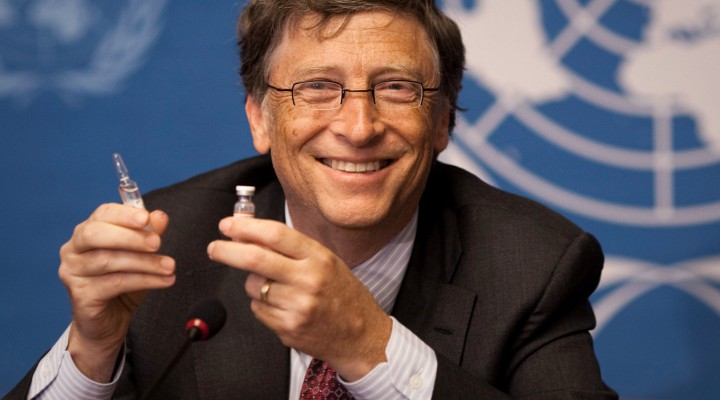 Unable to secure a profit in immunizing poorer nations, Western multinationals, including Oxford’s private partner AstraZeneca, have prioritized those who can pay the most.

MPN- Europe is reeling from the shock news that biotech giant AstraZeneca will not be delivering anything like the number of vaccines it promised. The company informed European Union officials that they will only be supplying 31 million doses to 27 E.U. countries, rather than the 80 million they had promised would arrive by the end of March. Italian Prime Minister Giuseppe Conti predicted that the news would reap “enormous damage” on the continent that has already sustained over 32 million confirmed cases and 703,000 deaths due to COVID-19.

The Oxford-AstraZeneca vaccine had been hailed last year as a miracle in the global fight against the coronavirus primarily because the research team at Oxford University had promised to share the rights to its product with any and all drugmakers, meaning that poorer countries could produce and inoculate their citizens at cost price ($3-$4 per shot — a fraction of the price of those from Pfizer or Moderna).

The Oxford vaccine is even more striking, since the point was to pay researchers, but not to rely on patent monopolies to generate large profits. We ended up with a cheaper, better vaccine…It would be great if we could take away some lessons from the experience of vaccine development in this crisis and get away from the antiquated patent monopoly mechanism for financing research.”

l Gates. “We went to Oxford and said, ‘Hey, you’re doing brilliant work,’” Gates said, “But…you really need to team up.” The 65-year-old tech tycoon is a strong proponent of patents and spends much of his time shaping global health policy.

James Love, director of Knowledge Ecology International, a nonprofit that works to expand access to medical technology, said that “Gates has staked out this outsized role in the vaccine world…He has an ideological belief that the intellectual property system is a wonderful mechanism that is necessary for innovation and prosperity.”

The decision to put profit before people is likely to have a devastating impact on the Global South. Poor countries are not in a position to inoculate their entire populations, especially as the world’s wealthiest nations hoard the large majority of the available vaccines while refusing to support moves by companies in the Global South to produce them for themselves. As a result, the planet’s poor will have to wait until at least 2024 to be immunized. This latest news is unlikely to do anything but set that clock further back.

Unable to secure a profit in immunizing Africans, Asians, and Latin Americans, Western multinationals have turned their back on those regions, prioritizing those who can pay the most. As a result, those in the Global South have turned to Russia and China for help. While Western media have dismissed these efforts as “vaccine diplomacy” and a “charm offensive,” while casting doubt on the Sputnik V vaccine’s efficacy, global opinion studies show the Russian offering is actually the most trusted option. Hungary has broken with EU laws and unilaterally ordered two million doses of Sputnik V for itself.

Oxford University was going to open source its vaccine, then the Bill and Melinda Gates Foundation stepped in and convinced them to sell exclusive rights to AstraZeneca.

Now AstraZeneca is failing to deliver and poor countries are struggling to access vaccines. pic.twitter.com/1GbFDYgWrH

Part of the reason why Western medical and pharmaceutical corporations are distrusted in the Global South has to do with Gates himself. In 2009, the Bill and Melinda Gates Foundation oversaw a shadowy and illegal clinical trial of the HPV vaccine in India, where 23,000 poor girls aged 9-15 were exposed to potentially lethal drugs without even their parents’ consent, leading to seven deaths.

Gates also uses his enormous wealth as political leverage with international organizations to push through his own opinions on health and development programs. As Foreign Affairs noted, “few policy initiatives or normative standards set by the World Health Organization are announced before they have been casually, unofficially vetted by Gates Foundation staff.”

While one man essentially holding a veto on international policy is worrisome enough, Gates also holds many controversial opinions on these issues, making his power particularly problematic. His foundation maintains a close relationship with the notorious Monsanto chemical corporation, which it helped to gain a stronger foothold in Africa. Gates himself is the United States’ largest private farmer, owning nearly a quarter-million acres of American farmland. He also seems uniquely preoccupied with circumcising the men of the Global South. While there is evidence that circumcision helps reduce the spread of HIV/AIDS, the Microsoft billionaire’s extremely close links to notorious sexual predator Jeffrey Epstein (who had his own weird fantasies about populating the Earth with his seed) cast doubt on his benign motivations. “His lifestyle is very different and kind of intriguing,” he said of Epstein in 2011, three years after he was convicted of soliciting child prostitutes.

This latest setback in the fight against the coronavirus can be directly attributed to the decision to jealously guard the vaccine’s intellectual property. Seeing as 14,000 people are currently dying every day from COVID-19, this might be Gates’ deadliest advice yet.

Feature photo | Bill Gates holds a vaccine for meningitis during a news conference at the United Nations headquarters in Geneva, Switzerland, May 17, 2011. Anja Niedringhaus | AP

The Real Problem with COVID-19 Vaccines