HOME / WORLD / Whipsaw Washington: Does it have a ‘Center’ Anymore? 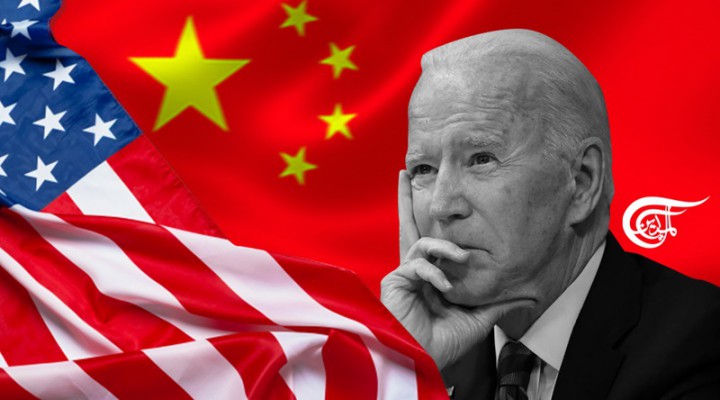 The Biden Administration approaches their key diplomatic partners waving Washington’s demands as if these states should answer to these accusations, but not, impertinently, to answer back.

One might be forgiven for a scratch on the head, trying to figure out US foreign policy — indeed, if there is such a thing these days. Wendy Sherman, going as envoy to China? And Victoria Nuland, probably the least appreciated American in Moscow today, sent to Russia?  She is the lady who handed out candies at the Maidan Square ‘ color revolution’?

Is there some hidden logic to this, or were they intentionally sent as some kind of ‘kick-ass’ gesture to underline who’s boss (i.e. America is Back)? If so, it didn’t work. Both envoys effectively were sent packing, and Washington’s relations with these key states are degraded to near zero. Both Beijing and Moscow without fuss simply gave both envoys a list of prerequisites for the US to do, should it wish to have a meaningful exchange in the future.

The Biden Administration approaches their key diplomatic partners waving Washington’s demands (Uyghurs, human rights, Taiwan, Hong Kong, Ukraine, Syria, etc.) as if these states should answer to these accusations, but not, impertinently, to answer back.

We started out with this Biden Administration having two seemingly solid ‘handholds’: The first – the most obvious – was that Biden and the Democrats were in office to ‘undo’ everything that Trump did. It was almost ritual exorcism; to reverse literally everything, whether it made sense to do it, or not.  The second truism was supposed to be that the Democrats saw Russia as ‘unfinished business’ – an eternal enemy that had yet to be subdued, but that Trump and the GOP saw rising China as the greatest threat to US supremacy.

At first, it seemed that Team Biden interpreted America’s intense competition with China as a license to mount a series of pressure points on China culled from the Progressive Caucus’ moralizing agenda, whilst a ‘top-table’ of panjandrums managed the ‘competition’ from above — the latter being ‘all adults’ however, would agree to cooperate together (i.e. to take Biden’s lead), on the ‘climate emergency’.

But here at least, the dynamic is plain: the Democrats may loathe Trump, but the latter’s obsession with China during his tenure became the US bipartisan consensus. This Administration’s team of China advisers argued to Biden for a laser-like policy focus on preventing China’s march to primacy (almost at any price). Biden bought in: ‘China would not be permitted to become either richer, or politically more powerful, than the US – on his watch’.

A number of the China hawks around Biden argued from the premise that a single-minded focus on China implied concomitantly, that – like it, or not – US competition with Russia had to be ‘balanced out’ (ie. tamped down). And after an initial flurry of tensions (Kyiv forces massing towards the breakaway East, which was met by Russia’s lightning mobilization just across the Ukrainian border), it seemed that Biden was on board with his China hawks. He met President Putin face to face in Geneva. Not much transpired from that encounter, yet it did seem to signal that Washington wanted to ‘park’ the Russia question, whilst it focussed fully on China.

So, there we were, when US relations with China began to spiral down in a serious way.  Beijing had reacted with fury to US spokesman, Ned Price’s statement that the US was most concerned by China’s air activity near Taiwan, calling such actions ‘provocative’. Price notably also described Taiwan as ‘democratic’; as an ‘ally of the US’;  and one who ‘shares our values’: “We will continue to stand with friends and allies to advance our shared prosperity, security, and values and deepen our ties with democratic Taiwan”.

Following Beijing’s broadside at Ned Price’s statement, Biden’s National Security Adviser, Jake Sullivan, urgently flew to Zurich to meet with Yang Jiechi, a Politburo Member and Director of the Office of the Foreign Affairs Commission.  Yang and Sullivan talked for nearly six hours, apparently.  It seems they disagreed on all issues.

Then Australia’s former PM, Tony Abbott, visited Taipei, where he insisted that “any attempt at coercion would have incalculable consequences” for China, and strongly suggested that both the US and Australia would come to Taiwan’s aid militarily. “I don’t believe America could stand by and watch [Taiwan] swallowed up”.  And Sunday last, President Tsai, marking the 110th anniversary of the declaration of the Republic, further inflamed tensions by suggesting that Taiwan stood as the ‘first line of defense of democracy versus authoritarianism’. Her speech was riddled with language implying there are two countries on each side: i.e. in effect – that there are two distinct nations.

Here is the point: Team Biden says it wants a ‘managed competition’ with China, but why then send Wendy Sherman (who is not noted for her diplomatic skills) to China as its envoy?  Why has there been this continuous chip-chipping away at the 1972 ‘One China’ policy with a series of small, seemingly innocuous moves on Taiwan, if Team Biden wants contained competition (this what he said he wants in a recent call with President Xi), but falters, time after time, to instigate a relationship?  Does the Team not understand that it is not ‘containing’ competition, but rather playing-with-fire through its opaque hints that the US might support Taiwan independence?

And then, why of all people, despatch Victoria Nuland to Moscow, if the competition with Moscow was to be quietly ‘boxed-in’?  Like Sherman, Nuland was not received at a senior level, and her ‘Maidan arsonist’ reputation of course preceded her in Moscow.

What to make of it all? The best one can suggest is that ‘the center’ in Washington is not holding. It is falling apart: things work and then – suddenly – they don’t (rather like global supply lines).  Team Biden is facing a truly daunting array of crises on the domestic front and is weakening visibly.  Powerful forces, frustrated at the prospect that America may lose its primacy – and angry – may be pushing into a White House ‘soft center’.

Sochi probes the Utopia of a multipolar world

0 thoughts on “Whipsaw Washington: Does it have a ‘Center’ Anymore?”