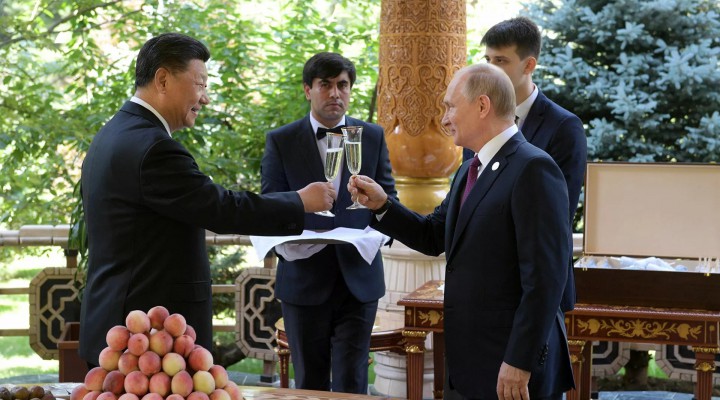 Vladimir Putin and Xi Jinping are among several world leaders who will not be attending the big climate summit scheduled to begin next week in Britain.

And the absence of the Russian and Chinese presidents is being seen as a blow to the confab’s ambitions and in particular Britain’s international prestige.

British Prime Minister Boris Johnson was hoping that the United Nations COP26 conference to be held in Glasgow would give “Global Britain” a huge public relations boost.

Addressing the challenges of climate change, the summit would be widely seen as an opportunity to boost the image of post-Brexit Britain as a forward-looking nation ready to lead the rest of the world, now that it is supposedly independent and free from the European Union.

However, not having the Russian and Chinese leaders attending COP26 is a deflating blow to efforts for an international deal on climate change. Russia is a major producer of fossil fuels and China is reckoned to have overtaken the United States as the world’s biggest emitter of global warming gases.

It’s not that the Russian or Chinese leaderships are unaware of the urgency to mitigate climate change. Russia battled with record wildfires in Siberia this year from melting permafrost, while China was hit with devastating floods across large swathes of the country. Presidents Putin and Xi have also set targets for their nations to reduce greenhouse gas emissions linked to global warming. Given the Covid-19 pandemic, it is understandable that Russia’s Putin and China’s Xi would prefer to stay at home. Both leaders have cut back extensively on foreign travel over the past year. Putin’s only trip abroad is believed to be the summit he held with US President Joe Biden in Geneva in June. The personal health and safety of the Russian leader and his Chinese counterpart is sufficient grounds for caution over attending large gatherings abroad.

But there is another possible reason for the absence at COP26, which has not been officially stated.

‘Why should Putin and Xi bother to go to a PR exercise on climate change just to make Boris Johnson look like a relevant world leader?’

America’s Biden has also invested a lot of political capital in trying to make himself look like a responsible leader alert to the challenges of climate change. The Democrat president will be attending COP26 in Glasgow in what is seen as commitment to a signature issue for his White House.

For Johnson and Biden, not having Putin and Xi present in a some cheesy family photo appearing to make some global commitment to tackling climate change will be a setback to pretensions of world leadership.

The Western logic betrays incredible arrogance and insincerity. If the United States, Britain and the rest of Europe really want to engage with Russia and China on a matter of existential climate crisis, then the West should at least show a bit of respect in all other regards.

Seriously, Britain sends warships to mess with Russia’s territorial integrity in the Black Sea, it is planning to sell missiles to an anti-Russia regime in Kiev, and it continues to issue slanderous claims about the Kremlin carrying out an alleged assassination plot on its soil with nerve agent.

For its part, the United States has ramped up rhetoric accusing Russia and China of being national security threats. Biden has increased military supplies to both Ukraine and Taiwan which greatly risks fueling an all-out war with Russia and China.

Under Biden, more US warships have conducted transits through the Taiwan Strait in blatant flouting of China’s territorial sovereignty.

In short, the United States and its British bulldog and European NATO lapdogs have plunged relations with Russia and China back to the Cold War.

Despite weasel words to the contrary, Washington and London have greatly gone out of their way to insult, smear and antagonize Moscow and Beijing. The Anglo-Americans are jeopardizing world security, and yet they are posing as climate saviors.

Boris Johnson is a clown and a buffoon with as much sincerity as a snot-covered hankie. He wants to bask in the glory of having world leaders turning up for his hot air conference, all nodding and chortling like good old pals.

Well, the next time Johnson, Biden and other Western leaders want something from Russia and China they should remember to have some manners in the first place.

0 thoughts on “Putin & Xi Give Boris’ PR Summit a Miss”