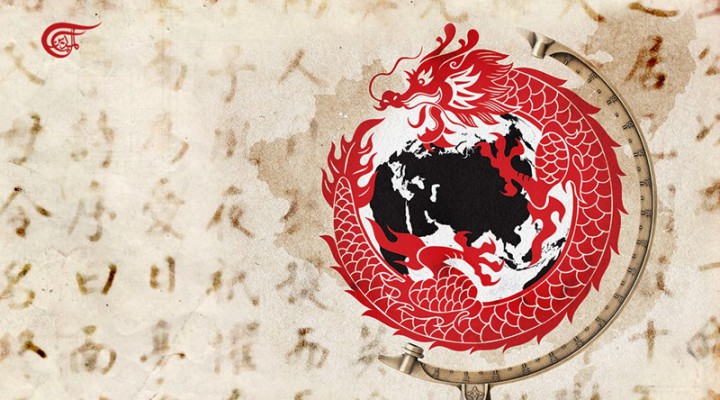 All recent wargaming simulations show that the US – with or without AUKUS – would lose a war with China, whether nuclear or conventional.

There is no doubt about it: the Re-set is on. Only it isn’t the ‘Davos Re-set’ (for now). Following America’s headlong scramble out of Afghanistan in order to ‘laser-focus’ on China, the Russia-China axis now controls the world’s ‘heartland’. It controls Central Asia — what Mackinder in 1904 called the massive ‘World Island’, whose looming presence overshadows Euro-Asia.

Classical thalassocratic geopolitics defines the whole of the Eurasian and African continental masses as this World Island. This ‘greater sphere’ is surrounded by some ‘minor spheres’ which act as its satellites, and which, in one way or another, have historically tried to exert constant pressure on the heartland, and to contain any possible cooperative effort coming to fruition within it. This divisive role historically was taken by Japan coming from the East, then by the maritime powers of Great Britain and the United States seeking heartland containment, but from a westerly direction.

The Afghan implosion, however, somewhat unexpectedly (for the West) has become the ‘pivot’ to a much wider and significant Re-set now underway.  The western abandonment of its Afghan project has not only sealed this emergent heartland axis, but the Afghan debacle substantively has undermined NATO as well.

The flipped Afghan pivot was the trigger to uplift Iran and Pakistan directly into the heartland axis, with other Asian states (not being members, associates, or dialog partners of the Shanghai Cooperation Organisation) increasingly dependent upon the latter for trade and technology. Saudi Arabia and UAE reportedly are toying with seeking SCO membership. The reality for America is that the total population in, or associated with the SCO, is 57% of the world population. The reality too, flowing from that statistic, is that China is far from isolated.

The US, in fact, could never be able militarily to face a coalition of two or more Eurasian powers (Eurasia has two and a half times the surface area, and ten times the population of the Western hemisphere).  All recent wargaming simulations show that the US – with or without AUKUS – would lose a war with China, whether nuclear or conventional.

And so today, the historic maritime powers (the UK and US and possibly Japan) are joined together in an ancient alliance with Australia, to launch a new ‘order’ to preserve at least some face-saving semblance of the old. The new order, however, is a much-attenuated version of the old. Its’ objective is to prevent and contain the heartland from expanding its maritime influence amongst the adjoining South China Sea satellite states; to try – through commercial and tech agreements – to bind them to the western interest in containing China (particularly in respect to western climate demands); and also, to block – as much as possible – any interconnection between heartland resources and the industrial strength of the satellite rimland (including Europe).

The recent AUKUS pact, signed between the US, the UK, and Australia, in fact, represents a lineal extension – into a military pact – of earlier Intelligence and tech cooperation (the UKUSA accord), that dates back to 1946.  It is against this background that three of the current Five Eyes intelligence partnership have formed AUKUS.

“Great Britain”, James Forsyth, the very well-connected politics editor of London’s Spectator, wrote last week, “has firmly sided with the United States. It looks as if the contours of the next 30 years of British foreign policy have just been fixed.” The “institutional nature” of the alliance makes it special, Forsyth explains by quoting “a source”, obviously from Britain’s own deep state. “The relationship has foundations deep enough that it can survive whatever political winds are blowing”. This is where Forsyth gets his 30-year lifetime for the AUKUS treaty, the article asserts.

The ‘institutional nature’ is code for the deep connection that has existed over the decades between the Anglo-Sphere’s intelligence and intercept services: And, “For Australia, it’s a huge deal,” writes Rory Medcalf, the head of Australia’s National Security College. “And in a military sense, almost existential”.

Paradoxically, the creation of AUKUS has angered France considerably more than it has China since it demonstrates once again the non-equal character of Western alliances. The Anglo-Sphere again becomes in effect, the strategic engine of the ‘West’ – whilst Europe becomes a simple wingman, useful mainly as the captive buyer of products from the US Military-Industrial Complex. In effect, the new accord puts a dampener on EU ambitions to count for something at a global level and reinforces a long-held suspicion amongst EU leaders – once voiced explicitly by Trump – that the US perceives Europe as a rival, rather than as an ally.

The consequence of this almost certainly will prompt France, Italy, and Germany to re-examine either jointly, or separately, their defense posture. It may end with one or other, going their separate way.

But gathering intelligence, and building naval power in the Pacific, won’t defeat the Chinese.  The deal does reveal, however, important things about US thinking. The substance of the pact suggests that Biden is serious about trying to detach Taiwan from China. The direction of US policy clearly leads this way. In his statement announcing the accord, Biden set out the US vision for a “free and open Indo-Pacific” – or, in other words, one free of Chinese domination. This is the key ‘take-away’.

Secondly, as Adam Tooze wrote in the New Statesman on 10 September, strategists in Washington believe “ultra-advanced technology – and not the size of GDP – will be the decisive factor” in the 21st-century world order.

In endowing a partner state with nuclear propulsion technology and opening the door to pooled cyber, artificial intelligence, and quantum computing advances, it evokes a networked form of that technological supremacy. Some see in it the kernel of an Indo-Pacific NATO – a banding together of the AUKUS, the Five Eyes, and the “Quad” (the US, Japan, Australia, India). The thinking behind this US approach – a growing military presence marked by networked technological supremacy, and a patchwork of intersecting alliances – is that it will match the pace of China’s rise, maintain a balance of power, and thus prevent conflict.

Of course, the crux of the pact lies unsaid, but as Pepe Escobar astutely picks up, in a slip that gives away the game, the Australian Defence Minister has said: AUKUS will allow the upgrading of “the infrastructure in Perth that will be necessary for the operation of these submarines. I expect we will see … lease arrangements or greater joint operations between our navies in the future”.

Translation: Perth will be a forward base for nuclear-powered and nuclear weapon-carrying American subs. Of course, nuke-equipped attack subs can pose an existential threat; but by the time we reach that point (launching nukes) – we are already ‘all in’.

This is truly unbelievable.  Do ‘the partners’ really believe this techno-babble – after seeing their defense techno-managerialism, replete with its AI and cloud computing mass-data led network, collapse within 11 days in Afghanistan?  Let’s get real: how many naval vessels can the UK deploy (and keep on station) in the South China Sea? One? Those Aussie subs will take eight years to build. This plan is advanced as if China is some tech dinosaur, with no naval defense muscle.

It is basically a set-up to harass China over Taiwan, and the ‘disputed’ islands (a free and open ‘Indo-Pacific’), and to reinforce the impression that the US might militarily support Taiwan’s ‘independence’. As it stands now, China is in command of the Pacific, and Australia and Britain mean nothing. The US cannot project power into the Pacific. Chinese submersible cruise missiles would finish off the US fleet in short order.

Notwithstanding that harsh reality, the new posture is not irrelevant. Far from it: it puts the US on course to a self-fuelling, and ratcheting outcome — a clash with China over Taiwan and the islands. With so many moving parts to a patchwork of intersecting alliances, unclear red-lines, and rising aggressive military activity, the risk of misunderstandings and missteps is not just probable, it is almost certain.

0 thoughts on “Does the Anglo-US AUKUS Alliance Seriously Challenge China?”