HOME / Economy / When the West was itchin’ to go to China 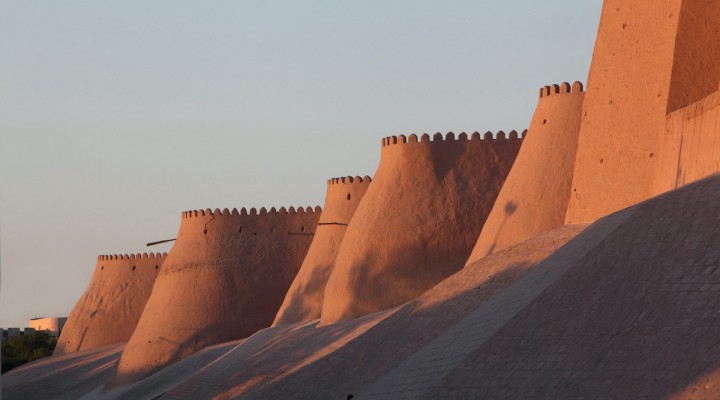 The old Silk Roads played a major role in connecting the world through trade, and the new version can too

Forget about the incessant drumming of Cold War 2.0 against China. Forget about think-tank simpletons projecting their wishful thinking on the perpetual “end of China’s rise.”

Forget even about a few sound minds in Brussels – yes, they do exist – saying Europe does not want containment of China; it wants engagement, which means business.

Let’s time travel to nearly two millennia ago, when the Roman Empire was fascinated by the business opportunities offered by those “mysterious” lands in the East.

After the Fall of Rome and the Western half of the Empire in the 5th century, Constantinople – the second Rome – which was in fact Greek, turned into the maximum embodiment of the only true “Romans.”

Yet contrary to the Hellenistic Greeks following Alexander the Great, who were so enticed by Asia, Romans from the end of the Republic to the establishment of the Empire were prevented from traveling further on down the road, because they were always blocked by the Parthians: never forget the spectacular Roman defeat at Carrhae in 53 BC.

For more than four centuries, in fact, the eastern limes of the Empire were remarkably stable, ranging from the mountains of eastern Armenia to the course of the Euphrates and the Syria-Mesopotamian deserts.

So we had in fact three natural limes: mountain, river and desert.

Rome’s overarching strategy was not to allow the Parthians – and then the Persians – to totally dominate Armenia, reach the Black Sea and go beyond the Caucasus to reach the Russo-Ukrainian plains and forward to Europe.

The Persians, meanwhile, limited themselves to strengthening the Euphrates borders, which were only broken many centuries later, by the Seljuk Turks in the late 12th century and the Mongols in the early 13th century.

This is an absolutely crucial fracture in the history of Eurasia – because this border, later perpetuated between the Ottoman and Persian empires, is still alive and kicking today, between Turkey and Iran.

It explains, for instance, the current high tension between Iran and Azerbaijan, and it will continue to be exploited non-stop by divide and rule actors.

Something extraordinary happened in the year 166: Roman merchants arrived at the court of Chinese emperor Huan-ti, the 27th emperor of the Han dynasty. We learn from the History of the Later Han that a “Roman envoy” – probably sent by none other than emperor Marcus Aurelius – was received by Huan-ti in Luoyang.

They traveled via what the Chinese in the 21st century would rename the Maritime Silk Road – from the Indian Ocean to the South China Sea all the way to northern Vietnam, then overland to Chang’an – today’s Xian.

Romans had been buying silk from Asia since the end of the 1st century BC, all the way from the land of “Seres” that quite a few scholars disagree about: some state that was China, others that it was Kashmir.

Trade along the Silk Road was in fact conducted by an array of intermediaries: nobody traveled the whole way back to back.

Luxury industry products – silk, pearls, precious stones, pepper – from China, India and Arabia came into contact with Roman merchants only in one of the fabled hubs of the “communication corridors” between East and West: Alexandria, Petra or Palmyra. Then the cargo would be loaded in Eastern Mediterranean ports all the way to Rome.

Caravan trade was controlled by Nabateans, Egyptians and Syrians. The most efficient “Roman” traders were in fact Greeks from the Eastern Mediterranean. Scholar JN Robert has shown how, since Alexander, Greek was a sort of universal language – like English today – from Rome to the Pamir mountains, from Egypt to kingdoms that were born out of the Persian Empire.

And that bring us to a literally groundbreaking character: Maes Titianus, a Greek-Macedonian trader who was living in Antioch in Roman Syria during the 1st century.

Even before that envoy sent by Marcus Aurelius to the Han court, Maes Titianus managed to send a hefty caravan beyond Central Asia all the way to the land of Seres.

The trip was epic – and lasted more than one year. They started in Syria, crossed the Euphrates, kept going all the way to Bactria (with fabled Balkh as capital) via Khorasan, crossed the Tian Shan mountains, reached Chinese Turkestan, then traversed the Gansu corridor and the Gobi desert all the way to Chang’an.

Since the legendary Geographical Guide by Claudius Ptolemy, the Maes Titianus caravan is recognized as the only Classic Antiquity source completely describing the main Ancient Silk Road land corridor from Roman Syria to the Chinese capital.

It’s crucial to note that Bactria, in today’s northern Afghanistan, at the time was the known eastern limes of the world, according to the Romans. But Bactria was way more than that; the key trade crossroads between China, India, the Parthians and Persia, and the Roman empire.

The Pamir mountains – the “roof of the world” – and the Taklamakan desert (“you can get in but you won’t get out”, goes the Uighur saying) were for centuries the major natural barriers for the West to reach China.

So it was geology that kept China in splendid isolation relative to the Roman empire and the West. In military terms, the Romans and then the Byzantines never managed to cross this eastern border that separated them from the Persians. So they never managed to advance their conquests all the way to Central Asia and China, as Alexander famously tried.

Yet the Arabs, during the lightning-fast expansion of Islam, actually managed it. But that’s another – long – story.

The Maes Titianus caravan adventure happened no less than over a millennium before the travels of Marco Polo. Yet Polo had much more sophisticated PR – and that’s the narrative imprinted in Western history books.

To evoke it now is a reminder of the early steps of the Ancient Silk Roads, and how the interconnectedness remains imprinted in the collective unconscious of great parts of Eurasia. Peoples along the routes instinctively understand why an evolving trade corridor uniting China-Pakistan-Afghanistan-Iran-Eastern Mediterranean makes total sense.

Parachuted Prime Minister Mario “Goldman Sachs” Draghi may insist that Italy is Atlanticist, and may be constantly deriding the BRI. But sharp heirs of the Roman Empire do see that business partnerships along New Silk Road corridors make as much good sense as during the time of Maes Titianus.

Afghanistan: Chinese Reconstruction vs. US Sanctions