HOME / WORLD / To impose further sanctions on Iran, the US rewrites history and engages in semantic gymnastics 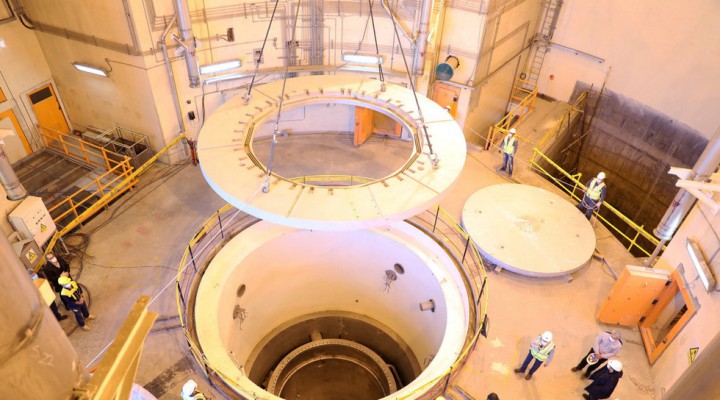 On May 8, 2018, President Trump withdrew from the Iran Nuclear deal. In an effort to enact crippling “snap-back” sanctions, his administration is now pretending it did no such thing.

“All our words”, the American-Lebanese poet-philosopher Kahlil Gibran observed, “are but crumbs that fall down from the feast of the mind.” If words are judged by their intellectual weight and adherence to integrity, the statements issued by the Trump administration in relation to its standing as a “participating nation” in the context of the agreement (known as the Joint Comprehensive Plan of Action, or JCPOA,) is more famine than feast.

Words have meaning, a reality that escapes those who formulate what passes for Iran policy in the US State Department today.

When he addressed the American people in a televised address delivered from the White House Diplomatic Reception Room on May 8, 2018, President Trump, calling the Iran nuclear deal “defective at its core,” declared that “I am announcing today that the United States will withdraw from the Iran nuclear deal.”

He went on to explain that: “As we exit the Iran deal, we will be working with our allies to find a real, comprehensive, and lasting solution to the Iranian nuclear threat,” warning that, “if the regime continues its nuclear aspirations, it will have bigger problems than it has ever had before.”

Just prior to the president delivering his speech, a senior State Department official spoke to reporters about the gist of his message, noting that there were no plans “at this time” to approach the United Nations Security Council about implementing so-called “snapback” sanctions, if for no other reason that “[the] United States is out of the deal…so we’re not going to use a provision as if we were still a participant in the deal to invoke the snapback.”

This point was further elaborated on by then-National Security Advisor John Bolton, who spoke to reporters about the re-imposition of sanctions on Iran, shortly after the President finished speaking.

“[T]he decision that the President signed today puts sanctions back in place that existed at the time of the deal; it puts them in place immediately,” Bolton said. “This contingency has been posted on the Treasury Department website since 2015 because of the potential for the use of the provisions of Resolution 2231, which we’re not using because we’re out of the deal.”

Resolution 2231, which was adopted by the Security Council on July 20th, 2015, endorses the JCPOA and sets the conditions for the removal of United Nations sanctions against Iran. It also provided provisions under which a “JCPOA participant” could submit complaints about “significant non-performance by another JCPOA participant” which would trigger Security Council action leading to the re-imposition, or “snap-back,” of all sanctions that had been in place prior to the JCPOA taking effect.

The US has lobbied its European allies, in particular the United Kingdom, France and Germany, to initiate formal dispute mechanisms concerning Iranian non-performance to the provisions of the deal in the aftermath of the US withdrawal and resumption of sanctions.

These efforts are hampered, however, by the fact that everything Tehran has done has been in response to the inability of Europe to live up to its commitments under the JCPOA regarding economic engagement with Iran. Those countries are fearful of being hit by secondary US sanctions targeting any companies doing business with Iran, which is, in fact, permissible under the deal.

The bottom line is that Trump’s withdrawal from the JCPOA, and the subsequent re-imposition of stringent economic sanctions, has failed to stop Iran from enhancing its ability to enrich uranium.

This failure reinforces the perception of US impotence in the face of sustained Iranian intransigence. In short, the policy of “maximum pressure” applied by the US on Iran has failed to achieve its objectives, and Washington is struggling to come up with an alternative approach.

This “alternative approach” was hinted-at by Secretary of State Mike Pompeo in an interview to the press on February 23, 2020, when he confirmed the existence of a State Department legal memo outlining an option for reimposing UN sanctions on Iran.

The memo makes the argument that the United States can unilaterally reimpose UN sanctions on Iran using the very provisions of Security Council resolution 2231 that John Bolton stated could not apply because the US was “out of the deal.”

Bolton’s position appeared to be bolstered by Brian Hook, the State Department’s special representative for Iran, who in remarks to reporters on March 5, 2020, declared that “We’re out of the deal,” noting that “the countries that are in the deal [i.e., the UK, France and Germany] will make decisions that are in their sovereign capacity.”

But in a feat of legalistic semantic gymnastics, Secretary Pompeo and the State Department have now reversed course, noting that while the JCPOA is a non-legally binding political agreement (a conclusion shared with the Obama administration which negotiated the agreement), Security Council Resolution 2231 is in and of itself legally binding.

And since its text was never amended to reflect the US withdrawal from the deal, the US continues to enjoy the same status as other named members of the JCPOA, and as such retains the ability to refer any issues of noncompliance to the Security Council and to call for a vote to “snap-back” sanctions.

“Our rights”, Secretary Pompeo noted in a recent Tweet, “under UNSCR 2231 are separate from the JCPOA.” His sentiment was shared by none other than Brian Hook, who reversed course from the position he held as recently as March 5 to declare that the provisions contained in Resolution 2231 clearly define the US as a “participant” when it comes to “resolving any issues with respect to implementation of the JCPOA”.

He further noted that: “Nowhere in the operative paragraph…does it say that it requires membership in the JCPOA. There are ways where that could have been qualified, but [the Security Council] didn’t.”

Currently no other participant in the JCPOA, or permanent member of the Security Council, supports the US position. A critical political battle is shaping up at the Security Council, where the US is preparing to submit a draft resolution which, due to the legalistic mechanisms contained in Resolution 2231, would guarantee that “snap-back” sanctions would be reimposed against Iran.

It is widely acknowledged by the JCPOA participants that if the US succeeds in this maneuver, the agreement will be utterly doomed, and with it the likelihood of Iran leaving the nuclear non-proliferation treaty.

Whether the other permanent members of the Security Council can mount a legal argument which strips the US of its status as a “participatingnation” is yet to be seen. But the bottom line is that the US, having come face to face with the reality that it’s policy to contain Iran has failed, is willing to risk a global catastrophe in order to save face.

Words should have meaning, especially in matters of international diplomacy. Through its actions, the Trump administration has solidified the reality that its words have no meaning at all.

0 thoughts on “To impose further sanctions on Iran, the US rewrites history and engages in semantic gymnastics”