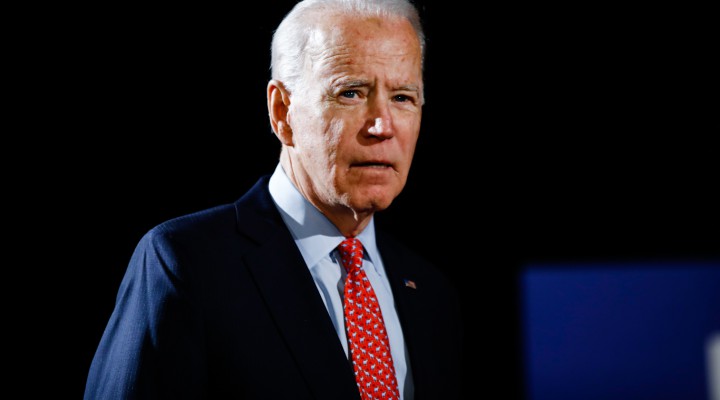 The silence from the media’s loudest #MeToo champions has been deafening. There has been exactly zero coverage of sexual allegations against Joe Biden on CNBC, CNN, MSNBC, ABC or CBS. Likewise, The New York Times and USA Today and have failed to discuss it.

MPN– Have you heard about the Joe Biden allegations? If you’re relying on corporate media for your information, the answer is “probably not.” As of April 8, there has been exactly zero coverage of the sexual assault allegations on CNBC, CNN, MSNBC, ABC or CBS News. Likewise, The New York Times and USA Today and have failed to discuss it. Meanwhile, the only mentions of Reade’s name in The Washington Post appear as a paragraph buried thousands of words into a long news roundup and an unscripted question from a reader in a live Q&A session.

After Bernie Sanders pulled out of the race today, Joe Biden appears to be the Democrats’ man for November. However, the former vice president’s past is again coming back to bite him; in an interview with writer and podcast host Katie Halper, his former staff assistant Tara Reade accused the then-senator of sexually assaulting her in the Capitol Building in 1993. “It happened all at once,” she said.

He just had me up against the wall…. His hands were on me and underneath my clothes. He went down my skirt and then up inside it and he penetrated me with his fingers.

According to Reade, “Everything shattered in that moment… I looked up to him… He was this champion of women’s rights in my eyes. I couldn’t believe it was happening. It seemed surreal.” As she forced him away, he said, “I thought you liked me,” before adding, “you’re nothing to me… You’re nothing.”

The allegations, if true, meet the legal definition of rape in the United States. Halper contacted Reade’s brother and friend, who both confirmed that Reade had told them about the event in 1993.

Biden’s team categorically deny the accusations. “Women have a right to tell their story, and reporters have an obligation to rigorously vet those claims,” said Kate Bedingfield, the former vice president’s deputy campaign manager and communications director. “We encourage them to do so, because these accusations are false.”

The allegations were immediately picked up in alternative media like Democracy Now!. Conservative press, such as The Daily Wire, who had dismissed similar charges against right-wing Supreme Court nominee Brett Kavanaugh as “obviously bogus” and a “witch-hunt,” also appeared interested in the story, although it misspelled Halper’s name as “Harper.” Reade’s story went viral, with “#IBelieveTara” becoming the No. 1 hashtag in the United States. But it was barely even mentioned in the mainstream press.

What makes their silence more notable is that many of these outlets present themselves as allies of the #MeToo movement. Indeed, only last month, while celebrating the conviction of Harvey Weinstein, The New York Times editorial board bemoaned “how difficult it can be to bring abusers to justice, particularly when they are wealthy and powerful,” decrying the “basic mistrust of women alleging sexual assault.” The Washington Post’s editorial board behaved similarly, stating that “we hope the bravery of these women coming forward to tell their stories under terrifying circumstances — and the fact that they were believed — will empower others who have been victimized.” But not this time, apparently.

Reade first came forward last spring in a wave of other women accusing the former vice president of inappropriate behavior. The Times went on the offensive, denouncing the “media frenzy” and the “obsession with a specific set of gotcha issues.” An article called “In Biden’s Defense” brushed away the allegations; “Biden’s ‘handsiness’ is a bit strange,” wrote columnist David Leonhardt, but it “should not become a defining issue for his likely campaign.” Leonhardt also condemned the “shameful” media “piling on” about something as trivial as “sometimes unwanted affectionate touches.”

Many prominent figures expressed skepticism about Reade’s current claims, asking “why now?” and walking back their cries of “believe women.” Alyssa Milano, who popularized the slogan “Me Too,” went so far as to quietly remove the hashtag from her Twitter bio, now that her preferred candidate was implicated. In reality, Reade has actually been trying to tell her full story for a year.

The Intercept’s Ryan Grim reported that Time’s Up, an organization dedicated to supporting women sharing their #MeToo stories, refused to help her, claiming it would be too political and that they might lose their non-profit status because Biden was a presidential candidate. Reade says she also tried to get assistance from the presidential campaigns of both Elizabeth Warren and Kamala Harris (two candidates who presented themselves as champions of women’s rights), but was rebuffed.

Some online outlets have covered the story, but more often than not it has been only to attack Reade’s credibility. Salon’s feminist writer Amanda Marcotte, for instance, immediately poisoned the well by describing Halper as “an avid fan of presidential candidate Sen. Bernie Sanders” in the first sentence of the article, and calling The Intercept “a publication which has been strongly supportive of Sanders and critical of Biden” in the second. She also noted that Reade did not support Biden’s bid and had praised Russia in the past. Case closed, apparently. Marcotte – who has slammed the Republicans for “thinking victims need to keep their mouth shut” and praised her Democratic Party for “upholding strict ethical standards meant to prevent abuse and harassment,” even when it hurts them – also presented the ideas that Reade is actually a Kremlin agent and that corporate media are not covering the story because of political interests as equally suspect “competing conspiracy theories.”

The bland explanation for the lack of coverage, Jezebel told its readers, is “it’s very difficult to get even meticulously investigated sexual assault reporting published,” claiming there are perilous legal and financial risks inherent in reporting allegations. This is, firstly, simply not true. There should be no legal risk for media outlets in accurately gathering accusations about a prominent public figure, allowing for a response, and publishing. A photo of Tara Reade that she posted on a self-published article.

Furthermore, neither Salon nor Jezebel cared to explain why established outlets on both the left and right ran the story prominently, with barely a peep from corporate-funded outlets that support the establishment. The obvious answer – that ABC News and The New York Times are every bit as ideological as Halper or Fox News – appears to be literally unthinkable.

As a comparison, when Warren accused Bernie Sanders of telling her a woman cannot be president, the comparatively minor accusation became a weeklong media event, dominating both politics and the airwaves. Rising’s Krystal Ball, a former MSNBC anchor who did cover Reade’s story, said she reached out to former colleagues and heard “crickets. Nothing. No one seemed to want to touch it.” Ball denounced what she saw as obvious media bias:

Ask yourself. If a claim like this had been made against Bernie Sanders or even Donald Trump, or another media villain like Edward Snowden, do you think that the accuser would have had any trouble getting press? Do you think it would fall to independent and alternative news to break the story if a woman who worked with Bernie in the ’90s made a credible claim of sexual assault? Do you think CNN and MSNBC would have buried their heads in the sand? Every reporter in this town would be breaking down their door to be the first to tell that story. Coverage would be wall to wall!

In the midst of the #MeToo wave, Biden himself stated that if a woman comes forward nationally, we should believe her as a default: “You’ve got to start off with the presumption that at least the essence of what she’s talking about is real,” he said. Perhaps the Biden campaign is right, and Reade is lying. But without any coverage, we cannot even have a discussion. The virtually complete silence about the current allegations, from the same corporate press that had denounced Trump’s “grab them by the pussy” remarks, proves that even the most serious crimes will be trumpeted or ignored on a purely political basis. While they were willing to praise and platform sexual assault or rape survivors, the second that one came along that threatened their candidate, they ignored her story with lockstep conformity. Believe women, unless it is expedient not to.