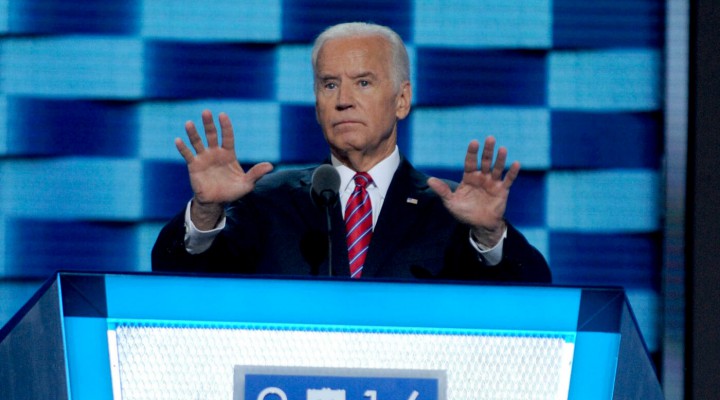 Even in the age of the Donald Trump presidency and of #MeToo — where the Democratic Party aligned itself with sexual assault survivors, presenting itself as a friend of women — it appears the media and political classes are closing ranks to defend Joe Biden.

Former Vice-President and current Democratic presidential hopeful Joe Biden has been at the center of media attention after a string of accusations of inappropriate touching and other behavior surfaced against him.

MPN– Former Nevada Assemblywoman Lucy Flores accused Biden on Friday of coming behind her during a 2014 campaign rally for lieutenant governor of the state, rubbing her shoulders, smelling her hair and “planting a big slow kiss on the back of her head” that made her feel disgusted and confused. On Monday former Democratic aide Amy Lappos came forward to claim that, in 2009 Biden grabbed the back of her neck, pulled their faces together and rubbed noses with her.

Tuesday brought worse news for the man polls show is among the frontrunners for the Democratic presidential nomination, as two additional women came forward to share their experiences with him. D.J. Hill, a 59-year-old writer told the New York Times that Biden had placed his hands on her shoulders and then started caressing her back, making her feel “very uncomfortable,” a similar account to Flores’. A former college student, Caitlyn Caruso, also claims that Mr. Biden rested his hand on her thigh, making her squirm with discomfort and hugged her for an inappropriate length of time. What makes the incident particularly ironic is that it took place at a sexual assault awareness event in Nevada.

A number of videos of possibly inappropriate sexual behavior between Biden and young women and girls have also surfaced, outraging the public.

Maybe they should ask these little girls how they felt about Creepy Joe Biden groping and kissing them pic.twitter.com/fS9DmG6w3m

However, even in the age of the Donald Trump presidency and of #MeToo — where the Democratic Party aligned itself with sexual assault survivors, presenting itself as a friend of women — it appears the media and political classes are closing ranks to defend the former vice-president. The New York Times, for instance, denounced the hysterical “media frenzy” around him and published an opinion piece entitled “In Biden’s Defense.” He also received the support of Speaker of the House Nancy Pelosi (D-CA), who told reporters that, “I don’t think that this disqualifies him from being president,” while walking to the House chamber. “Not at all.”

This position seems at odds with her hearty endorsement of the #MeToo movement. In the past she has announced that, “we are at a watershed moment in the fight against sexual harassment. Know that we are with you every step of the way” and has thanked every women going public with allegations, claiming, “their courage is truly inspiring to us all.”

The importance of #TimesUp & #MeToo is about more than demanding decency & respect – though that is certainly a major part of it. We must recognize & cherish the brave ppl who stand up to demand their stories be heard. I'm proud to know so many of my colleagues feel the same way. pic.twitter.com/cwXD8t5JVM

Yet she has also defended her political allies against the #MeToo movement when it suited her. Pelosi stood up for John Conyers, a long-serving congressman from Michigan who was accused of sexually harassing female staff members and using public taxpayer money to pay off his victims. She called him “an icon in our country” who had “done a great deal to protect women.” Conyers later resigned.

A pattern of selective outrage

The selective outrage over sexual assault is not limited to Pelosi, but is a feature of much of the establishment Democratic party. Hillary Clinton, for instance, strongly endorsed the #MeToo movement, claiming that “every survivor of sexual assault deserves to be heard, believed, and supported.” Yet she also shielded Burns Strider, a close advisor on her 2008 campaign, from accusations of repeated sexual harassment  – inappropriate touching, kissing and the sending of explicit emails – by a junior female staffer. Clinton did not take her campaign manager’s recommendation that she fire Strider. Indeed, during her 2016 run she rehired him. Her insistence that every survivor must be heard appears not to extend to Juanita Broaddrick, who claims Hillary tried to silence her after she went public claiming Bill Clinton raped her.

Every survivor of sexual assault deserves to be heard, believed, and supported. https://t.co/mkD69RHeBL

This selective progressiveness when it suits them is a key feature of the establishment Democratic Party. While Brett Kavanaugh was under public scrutiny for multiple sexual assault allegations against him, the phrase “believe women” became popular in liberal circles. However, when Ilhan Omar (D-MN), a black, Muslim refugee spoke up against the corrosive influence of political lobbying organizations and questioned Special Representative Elliot Abrams’ imperialist past, she was branded an anti-Semite by precisely those claiming we should listen to women of color. Chuck Schumer singled her out and compared her to Donald Trump and Neo-Nazis at his speech at the American Israel Public Affairs Committee (AIPAC). Schumer drew a parallel between Omar’s remarks and the alt-right.

The Biden case is a further example of the selective progressiveness of the modern Democratic Party, where principles will be ejected when politically useful. Corporate Democrats believe women only when it is convenient to do so.