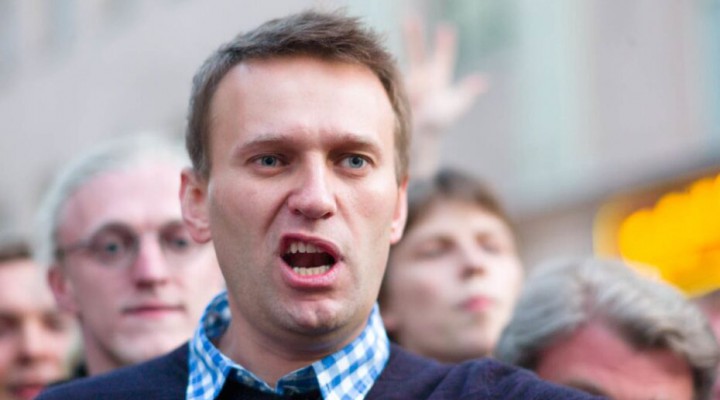 Navalny and his intelligence handlers are in bed with Western corporate media… and they’re not wearing underpants.

The latest twist in the Navalny saga claims that the blogger-activist – whom Russia accuses of being a CIA asset – was somehow poisoned with highly toxic Novichok laced in his underpants. The story does not pass the whiff test, so to speak. In fact, it reeks like, well, a pair of old underpants.

What’s more the opposition figure, who is said to be “recovering” at a secret location in Germany, claims this week that he managed to trick a member of the Russian Federal Security Services (FSB) into admitting during a 45-minute phone call that the agency had carried out the purported assassination.

This ostensible sloppiness of Russian intelligence agencies contradicts separate US media claims that the Kremlin just launched a spellbinding cyber-assault on the heart of American government departments and corporations.

In any case, Navalny reportedly succeeded in his “sting” operation against the FSB by using sophisticated electronic mimicking of the agency’s phone line and posing as a senior member of the Russian national security council who was demanding a briefing on the alleged assassination and how it failed. We are led to believe the FSB officer, who is named, volunteered the information that Novichok was applied to Navalny’s underpants while he was staying at a hotel in the hours before his flight to Tomsk on August 20.

The Russian authorities have dismissed Navalny’s supposed phone “scoop” as a fake conversation. Indeed, the Russian government says that the kind of electronic equipment claimed to have been used by Navalny suggests the input of state intelligence for him to even conceive of such a ploy.

Besides, it’s hard to take this latest twist in the yarn seriously. Previously, it was claimed that the opposition figure was poisoned after he touched a bottle of mineral water while in his hotel room. The suspected bottle was somehow stealthily transported out of Russia to Germany by one of Navalny’s aides where it reportedly tested positive for traces of Novichok by a German military laboratory.

Still another purported method of poisoning suggested by Navalny himself was that he drank a contaminated Negroni cocktail in the hotel the night before his flight which he recalled tasted awful. Prior to that, it was also claimed that he was poisoned with a cup of tea served to him while awaiting departure from the airport in Tomsk.

Navalny seemingly became violently sick while on the three-hour flight to Moscow. The plane made an unscheduled stop in Omsk where he was rushed to hospital in a coma and administered with emergency treatment that no doubt saved his life. The doctors in Omsk said toxicological analysis did not show any trace of poisoning, including from nerve agents. They said his stricken condition was due to a metabolic disorder.

Navalny was airlifted to Germany on August 22 at the request of his family for treatment at a hospital in Berlin. It is understood permission for his transfer was given by President Vladimir Putin. Last week, during Putin’s nationwide annual press conference he remarked that if state agents had wanted to kill Navalny that would have been easily achieved.

On the face of it what we are expected to believe is that Russian security services botched an assassination attempt in a farcical way and that the Russian authorities subsequently allowed their victim to escape to Germany where he was later diagnosed to have been poisoned with the incriminating Novichok military-grade poison.

Putin also remarked that Navalny’s claims are merely “laundering of US intelligence” for which the dissident figure is an asset.

Since Navalny’s mysterious seeming incapacitation, he has been shrouded in secrecy while based in Germany. While the German government has refused to cooperate with Russian authorities to provide evidence supporting their poison claims, at the same time Berlin and other European capitals have moved to impose sanctions against Moscow. The whole affair is a repudiation of diplomatic norms and due process. A minor dissident figure – some would say “gadfly” – has been elevated to the status of an international statesman whose words have more credibility than the Russian president.

The timing of Navalny’s alleged assassination came as the Nord Stream-2 natural gas project between the European Union and Russia entered into a final phase for completion. Predictably, there have been vociferous calls from within Germany and the EU for that project to be cancelled, in accordance with Washington’s long-held demands.

Then for some weeks the Navalny saga seemed to slip from public attention, only for it to be reinvigorated by a joint media campaign involving CNN, Der Spiegel and the British blogger group Bellingcat. Navalny himself has joined in the campaign giving CNN interviews from his secret German location which purport to bolster claims of a Putin-directed assassination plot. This came just in time for the confirmation of Joe Biden as US president-elect and a new White House administration taking office.

Bellingcat is credulously described as a “cyber-sleuth, open-source investigative website”. Far from being a campaigning independent media project, it is closely linked to British MI6 and the American CIA. Posing as a citizen-journalistic endeavor, Bellingcat gives Western military intelligence valuable cover for their propaganda. It has previously peddled fabricated reports on alleged Russian responsibility for downing the Malaysian airliner over eastern Ukraine in 2014, as well as alleged Russian complicity in chemical weapons atrocities in Syria.

Maybe the orchestrators of the Navalny false-flag operation thought they would be smart by creating a “dream team collective” to spin the latest twists. The thinking seems to have been to turn up the volume by packing the storytellers together, thereby giving the saga some badly needed credibility. So, Navalny personally teams up with Bellingcat, CNN and Der Spiegel to shoot the breeze about Novichok being slipped into his underpants. CNN follows up with “exclusive” interviews of Navalny over his FSB “sting” and Bellingcat chimes in with “confirmation”.

What the orchestrators don’t realize due to their propaganda bubble-existence is that they are just making it all the more apparent to anyone observing: that Navalny and his intelligence handlers are in bed with Western corporate media… and they’re not wearing underpants.