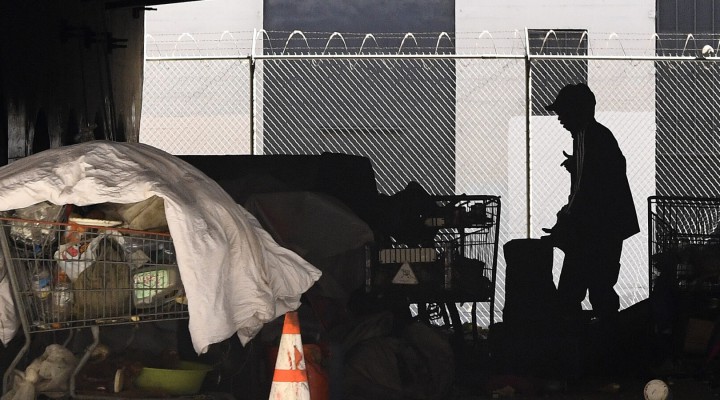 America’s rich are getting even richer and the poor even poorer, with millionaires and billionaires now holding an unprecedented 79% of all household wealth.

MPN– Millionaires and billionaires hold a remarkable 79.2 percent of the United States’ household wealth. That is according to a newly released triennial study into consumer and household finances from the Federal Reserve. The report paints a picture of an unequal America, where a small minority of the rich control the vast majority of household wealth. 11.9 percent of American households have at least $1 million in wealth. Overall, mean family wealth declined by three percent across the country between 2016 and 2019. However, the study notes, wealthy and highly educated families saw their fortunes rise, but households where the main breadwinner had not achieved a high school diploma saw their wealth fall.

In some parts of the country, one million dollars might not seem like an unusual price for a home. However, nationwide, the median home value dropped to $247,000 in 2020, with much more expensive properties rarer. Those merely having a mortgage on a million-dollar home do not qualify as owning $1 million in household wealth.

At the same time, much of the country is living in serious poverty. Even before the COVID-19 pandemic, around 40 percent of Americans reported that they would be unable to cover a small $400 emergency such as a leaking roof or a car repair. In 2018, 14.3 million U.S. households were food insecure, meaning they had problems finding enough to eat. The coronavirus and the economic dislocation that it has caused has greatly exacerbated both poverty and inequality, meaning that the Federal Reserve’s study, based on data collected before the pandemic, is likely out of date and an underestimate of the problem’s severity.

In 2017, just three men — Bill Gates, Warren Buffet, and Jeff Bezos — held more wealth than the bottom half of America (164 million people). Since the pandemic began, all three have greatly increased their fortunes. Bezos, for example, has added over $73 billion to his since March alone. This is in stark contrast to tens of millions of people who lost their jobs, leading to a massive wave of de facto rent strikes across the country and a boom in demand for food banks.

The Trump administration has used the crisis to force through a number of reforms that amount to a giveaway to the country’s plutocrats. A nonpartisan congressional body found that 82 percent of the tax cuts hidden away in the government’s Coronavirus Aid, Relief, and Economic Security (CARES) Act went to those who earned over $1 million per year, with less than three percent going to the great majority of Americans who earn less than $100,000 yearly. Big businesses have been able to weather the storm far better than smaller ones and stand to be in a much stronger position when the dust settles. Data from business review site Yelp found that 60 percent of businesses that had to close during the pandemic are now permanently shut. Much of the suffering that the pandemic has caused, however, has been silent and invisible, with many quietly forced to live with relatives or staying almost permanently indoors.

Matt Bruenig from the People’s Policy Project also noted that the Fed’s report showed there are massive differences in wealth between racial groups. The mean white household is nearly five times wealthier than the average Hispanic one, and nearly seven times wealthier than a black one. Within each group, however, there are also enormous disparities, with the top decile controlling around 70 percent of all wealth, a small, comfortable, middle class, and a large mass of very poor people at the bottom. Indeed, 10-15 percent of the country not only has no wealth but is in debt.

These sorts of disparities are not limited to the United States alone but are seen across the West and most of the world. A new report in Scotland, for instance, found that the richest 20 families have as much wealth as the bottom 30 percent of the population. Professor Danny Dorling of Oxford University has argued that this kind of global inequality, where houses are regularly bought and sold for $1 million, is completely unsustainable, merely because if it continues for a lot longer the rich will own literally everything.

The November election presents the United States with a stark choice between two candidates on many issues. Yet on the economy, the Democrats and the Republicans do not differ wildly. Biden began his campaign for president promising his ultra-wealthy donors at a ritzy New York fundraiser that “nothing would fundamentally change” if he were president and that he “needed” them greatly. The New York Times recently published an investigative report into Trump’s finances and taxes. Despite the fact that it showed he barely paid any taxes for years, many Democrats chose to attack him on the grounds that he wasn’t a “real” billionaire after all, suggesting this was the major scandal the report exposed. Thus, whoever wins in November, it is unlikely that this problem will get better quickly.

Feature photo | A man is seen at a homeless encampment that sits under Interstate 110 near Ramirez Street in downtown Los Angeles, May 21, 2020. Mark J. Terrill | AP