HOME / WORLD / Biden: Criticism of Israel Is Not Anti-Semitism, Unless It Comes From the Left 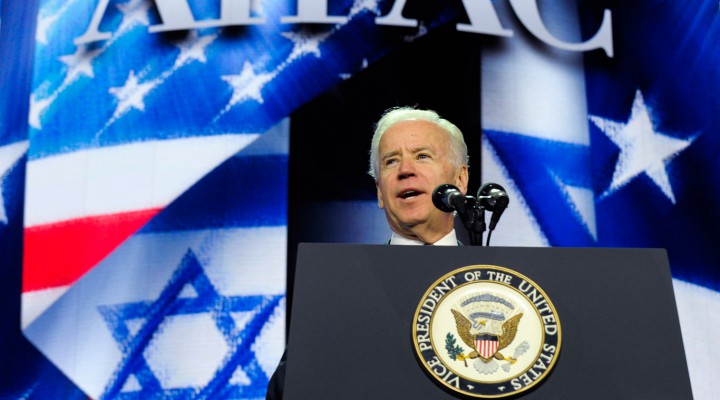 The presidential nominee affirmed his “unshakable” commitment to Israel during an online fundraiser by former US ambassador to Israel Dan Shapiro.

MPN– Democratic presidential candidate Joe Biden held an online fundraiser yesterday with around 550 people organized by former U.S. ambassador to Israel Dan Shapiro and Emory University professor Deborah Lipstadt. Much of the discussion revolved around the role of Israel and around the growing tide of anti-Israeli sentiment on American college campuses. “Criticism of Israel’s policy is not anti-Semitism,” Biden said, “But too often that criticism from the left morphs into anti-semitism,” pointing the finger in one direction specifically. “We have to condemn it, and I’ve gotten in trouble for doing so,” he added. Asked about Trump’s decision to relocate the U.S. embassy from Tel Aviv to Jerusalem the former vice-president reconfirmed that, if elected, he would not move it back. “My commitment to Israel is absolutely unshakeable,” he assured his prospective donors.

On this point, there is little disagreement. Described as “Israel’s man in Washington” by his biographer Branko Marcetic and “the best friend of Israel in the administration” by Senate Minority Leader Chuck Schumer, the 77-year-old has spent most of his adult life campaigning on Israel’s behalf in the halls of power. This included lobbying for trade deals and debt forgiveness, defending the country internationally, participating in AIPAC membership drives, often undermining President Obama’s statements on the country.

Real anti-Semitism on the rise

In recent years, Israel is increasingly losing the support of young people, including young Jewish Americans, with campaigns like the Boycott Divestments and Sanctions (BDS) movement having gained momentum. As a result, 28 states have already mandated loyalty pledges to Israel as a means of outlawing criticism of the country. And in December, President Trump passed legislation criminalizing BDS or any criticism of the Israeli government on college campuses and in other public institutions. Any organization that does not take sufficient action against those campaigning against Israel’s policies is subject to losing all government funding. In February, journalist Abby Martin sued the state of Georgia over what she saw as blatantly unconstitutional laws.

Ironically, anti-semitic attacks are on the rise in the United States, with a number of high-profile terrorist attacks against Jewish organizations in recent years. However, the perpetrators of such crimes tend to come from the political right, where support for the Israeli government is strongest. Trump himself has a very long history of anti-semitic outbursts; in December he gave a speech at the Israeli American Council National Summit where he told the crowd “A lot of you are in the real estate business because I know you very well. You’re brutal killers, not nice people at all. But you have to vote for me, you have no choice,” insinuating his Jewish audience cared about nothing but their own wealth. CNN noted his comments drew applause and cheers from the audience, something that suggests many Israeli lobbyists care more about promoting their government’s agenda than keeping Jews safe.

Israeli politics have moved further to the right in recent times, to the point where even former Prime Minister Ehud Barak has described the country’s orientation as overtly fascist. A 2016 poll found that half of all Israelis favor an immediate ethnic cleansing of all Arabs from Israel. On Sunday the country’s political forces came to a unique power sharing compromise, where Benjamin Netanyahu and Benny Gantz would share the office of Prime Minister, breaking a year of political deadlock.

Aggregate polling shows Biden still maintains a lead over Trump for the November election. However, that lead continues to shrink, to the point where some have Trump holding on to power. Amidst the world’s most severe coronavirus outbreak by total numbers, it is unclear under what circumstances the election will take place and if the terms will suit the challenger or the incumbent. Biden has been dogged by new sexual assault allegations from a former staffer, Tara Reade. Surveys show a majority of Americans, including a majority of independent voters, believe Reade. Although outwardly presenting a progressive veneer on his policies, the former vice-president has taken pains to reassure wealthy donors that “nothing would fundamentally change” under his leadership, and largely shunned the left of his party, refusing to even consider Bernie Sanders as a running mate. His latest pronouncements on anti-semitism and the left is unlikely to improve this relationship.

0 thoughts on “Biden: Criticism of Israel Is Not Anti-Semitism, Unless It Comes From the Left”